Michael Hyatt, co-founder and chief executive officer of BlueCat Networks, breakfasts like a king every day. In fact, the 110 employees at BlueCat's Toronto headquarters can enjoy the same egg white omelettes as their CEO – although the chef doesn't necessarily carve their initials in fruit the way he does for Mr. Hyatt.

Running a non-profit kitchen for staff to buy discounted meals is just part of how the 37-year-old Mr. Hyatt – a recipient of one of Canada's Top 40 Under 40 awards – likes to run his technology company as a nurturing environment for employees.

And that's one of the factors that has helped the company score success. Named as Canada's hottest innovative company for 2010 in the information and communications technology category by CIX (the Canadian Innovation Exchange), BlueCat Networks is a dominant force in its field of Internet-address management.

Co-founded by Mr. Hyatt and his brother Richard in 2001, the privately held company, which won't disclose sales, has 200 employees spread throughout North America and globally and more than 1,500 clients worldwide.

Now, Mr. Hyatt says, his sole focus is on BlueCat. Here, he shares how he grew the business and his formula for entrepreneurial success.

You started BlueCat in 2001 when people were fleeing from technology. Why?

It was a perfect time to start a technology company – when everybody else was running. Our idea was simple: You buy when there's blood on the street. When no one wanted to touch technology in 2002, we invested heavily. Since so many people ran from technology after the NASDAQ crashed, it opened up a very nice three- or four-year runway to build a business under the radar and gain a lot of revenue clients.

How did you come up with the financing?

We didn't really come up with any financing for the first five years. We built the company based on raw sales, ambition and profit. We'd literally just sell a high gross-margin product and be very cash-flow positive. We grew it based on our own seed investment, which is rare for a technology company, especially a network company.

You avoided using venture capital at the beginning. Why?

Because if we were to bring in venture capital in the first five years, they would own the company and we wouldn't be able to effectively run the business. Capital does build businesses and is important. What I did in the early days was not touch capital so that we could get to a size where any capital raises made it so we still owned the majority. Most entrepreneurs end up with a very little piece of their company due to huge early dilution. I believe fundamentally that founders should run a business. Investors should be there for financial support and guidance, but the running of a business should be left to the management team and the company.

But you have since accepted VC.

We have but, remember, our revenues are very significant so that even though we've taken on cash, we still own the majority of the company. We're to a size where we can decide who we want investing in our company. We're a rare entity in Canada, where our revenues got significant enough that a lot of people lined up to invest. So it was an opposite problem for us.

What's the key thing you did to avoid company debt?

Where there's mystery, there's margin. If you build a product that has enough mystery, there's a lot of margin to it. And if you've developed something in technology that solves big problems for big companies, they're going to give you big, big cheques.

We have the same challenge we had a decade ago, which is, you can never find enough great people. Finding the best talent is always the hardest thing.

How do you see your day-to-day role at work? Are you an entrepreneur or a manager?

You've said that for people to want to work for a company, there has to be a buzz – and "you can't buy a buzz." How do you create one?

Think about what empowers people to work for people. Money doesn't keep anybody at any job. Never does, never will. People work for great compensation but that's only one third of the package.

If you hire an A player, and don't let them have authority and a range of decision-making ability, they'll get deluded, confused and leave your company. You need to let them run with authority and have real say.

The way I run the business is this: I wake up every day and give up authority. I push authority out laterally to my company, as in, 'Hey, you're the VP, you make the decision'. If there are less things on my agenda, then I'm doing a better job as a CEO.

Plus, I only hire people smarter than me, to make big decisions for my business. That's how I've made a lot of money.

How do you decide who those people are?

I have no business degree. I've only taken grade 9 business. But I have a good sense of my own gut feeling. I know who to hire through gut feeling, experience and very good counsel. If you want to get hired at BlueCat, you have to come on in here and meet nine people. You might be able to fraud a couple, but you can't fraud nine. We also only hire people that we'd want to invite to our barbecue, or be stuck with at an airport with for four hours. Then, we decide if they have the credentials.

How do you stay connected to your people?

There's this contract I have with my company – that all 200 people have my cell phone, my Skype and my BlackBerry messenger. They can come to me at any time with any problem as long as they have a solution. If you foster that , you'd be surprised who takes you up on it.

What do you do when someone disagrees with you?

That's very important. As a CEO, I openly push for people to debate me because I often know I'm not right. If you want to run your country like North Korea, then you're always going to get the answer that you want, which isn't necessarily the right answer. If you want to find the right answer, you have to let a lot of smart people say, 'I think you're wrong and let me tell you why'. If you don't foster that in your management meetings, you don't grow your company.

How do you maintain your dominance in your field?

Technology companies work on the simple principle of evolution of their technology. You always have to get ahead of the game and have something else that takes your technology further into the network. We're constantly innovating our product so it gets a broader acceptance in the market. That works really well.

Then the best thing you can have is a big market. You could have an amazing product and amazing people but, if you're in a small market, you'll never make money.

What's the most important thing to do when you're a small company going up against bigger competition?

Win. There's not a problem in business that you can't cure with revenue. Revenue cures all evils. If you win deals, everybody notices.

How far would you go to win a deal?

You can't on one hand say, we're a highly ethical organization and then say, by the way, we want you to do something kind of sleazy to make sure you get every piece of business. Your company sits a lot better if you hold an across-the-board ethical level. For example, we won't speak badly about our competition because we like to set a certain tone in the market. Clients like that we don't go around bashing others and being ridiculous.

I say, 'Listen, you're 22 years old and you are who you are. If you're not the best math wizard now, you're never going to be. But you're good at something else, so don't try to get good at math. Hire someone.' Here's a rule: Only work on your strengths, and hire your weaknesses. 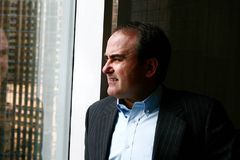 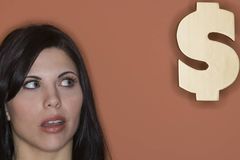