Lots of Canadians may have hated this past winter, but for Penny Shuster, it's been a chance to put her best foot forward.

"This cold winter certainly has driven the sales of cold-weather boots," says Ms. Shuster, who is co-owner of La Canadienne, a burgeoning retail and manufacturing business based in Montreal.

La Canadienne's products were in perfect sync with this year's harsh weather – the company makes and markets high-end boots that sell in the $225-to-$500 range, made in Montreal and marketed quite selectively. The firm also manufactures and sells shoes, outerwear and some accessories.

"We have always been committed to producing locally," says Ms. Shuster, who took over the company with her husband Gianni Lamanuzzi in 1991.

"Local production enables us to better control every aspect of our business, whether it's manufacturing, wholesale, retail or e-commerce. There is a price to pay when goods are manufactured here in Montreal, but our customers are loyal."

La Canadienne also has a different retail and marketing strategy than other footwear companies that go for volume and wide distribution. The company has exactly one store, in Montreal's trendy Plateau district (although another Montreal store is on the way this fall).

The company has experienced a number of turning points since it evolved from a no-name manufacturer for other boot companies in the 1970s and '80s, to a distinctive label with some 130 employees that turns out as many as 120,000 pairs a year. But Ms. Shuster, who was trained in shoe design, sees the biggest turning point as the opening of the single store in 2007.

It gives her a better idea of what women want, she says – boots that are warm and waterproof yet stylish in understated ways.

"It allowed us to be the ambassadors of our own brand and to really take control of the brand direction and aesthetic," she says. The Montreal store alone accounts for about 15 per cent of the company's sales.

"I can say that I truly understand who our customer is," Ms. Shuster says. "She is fashionable and stylish but also requires functional footwear. When designing the line we do our best to take trends and interpret them for our customer's lifestyle. Our philosophy is less about volume and more about delivering a high quality, durable product. We understand that for many, our footwear is an investment."

Having a store has also enabled La Canadienne to branch out into four seasons, by selling shoes and scarves as well as boots, which is another reason Ms. Shuster is opening the second store.

But that's the limit, for now. "We are selective about where our product is placed," she says. "Canada is small and we do not want to oversaturate the market."

In fact, Ms. Shuster fought long and hard to gain recognition and entry for La Canadienne boots into the United States. They're now available at about 350 retailers, including fancy department stores such as Bloomingdale's and Nordstrom.

But its retail strategy is a careful one. "Once we have partnered with a certain store and they are representing our brand, we protect their distribution as much as possible," Ms. Shuster says.

The other strong selling point is the made-in-Canada label. While more than nine of 10 pairs of shoes sold in Canada are manufactured overseas, La Canadienne promotes the fact of its local manufacturing both here and in the United States, where most of its boots are sold.

"As far as manufacturing is concerned, our strength in Canada is in boots as opposed to shoes," says George Hanna, president of the Shoe Manufacturers' Association of Canada. "Winter boots, fashion boots – we're probably the best in the world in military boots."

Playing to the strength of quality manufacturing at home is a strategy that has gained traction among consumers of mid-priced and higher-priced Canadian clothing, particularly winter wear. Canada Goose and Roots are two other companies that have built their brands at least partly on made-in-Canada credibility, despite competition from cheaper, foreign-manufactured winter clothes.

Similar to Canada Goose, La Canadienne used to make products for other brands. The problem was that boots could always be made more cheaply in China, so Ms. Shuster and Mr. Lamanuzzi decided to go to the other end of the market.

So far, customers seem to have responded. "They understand the value and appreciate the quality of the product," Ms. Shuster says. 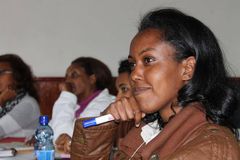 Insider tips for newcomers on how to foray into fashion
April 10, 2014 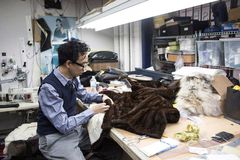 The men who did more than raise a glass to craft spirits
April 9, 2014 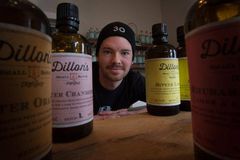 Her retail startup was in the red. Her response? Radical
March 21, 2014 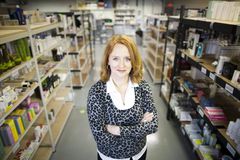 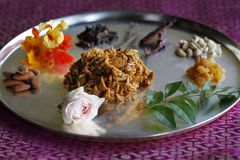 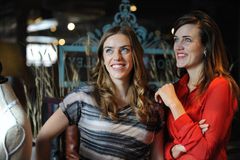 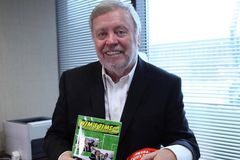