Not a bad year for any small business, but it's especially good for one based in Calgary, where the doom and gloom over Alberta's oil sector permeates the city.

While layoffs, falling wages and vacant downtown offices continue to dominate headlines, Mr. de Lottinville and others are taking advantage of the soft economy to expand their businesses.

"It certainly has been easier to attract all the elements we need to fuel our growth," Mr. de Lottinville says. Those ingredients include hiring staff and leasing a building previously priced out of reach.

Since Benevity's inception in 2008, many Fortune 1,000 companies have adopted the company's platform for online workplace giving, donation matching and volunteering.

Mr. de Lottinville, a self-described "recovering lawyer," was previously involved in another Calgary success story, iStockphoto. He's back at it again, quietly building Benevity into a global leader for corporate giving.

The downturn has made hiring easier, Mr. de Lottinville says, as wages have "come back to reality a bit."

Business is also booming thanks to what Mr. de Lottinville deems a happy coincidence: The bulk of the company's revenue is in U.S. dollars, while most of its costs are in Canadian dollars.

It's a similar success story at CoolIT Systems, a Calgary company that designs, engineers and manufacturers liquid cooling technologies for desktops, and server and data centres.

Nearly all of the company's revenue is in U.S. dollars, chief operating officer Randy Coates says. Last year, the company was named Alberta's exporter of the year.

"We're very much a business outside the normal Calgary energy circle," Mr. Coates says. That position can be difficult during boom periods, yet advantageous during busts. "Every downturn, there's opportunity. That's when companies have the best chance to expand," he says.

The company is expected to grow this year from 43 employees to 50. A recent posting for a project manager netted 140 applicants in about a week.

Most people applying to the company come from an oil and gas background, and are willing to take a pay cut. "Folks have had to come down to our level a little bit," Mr. Coates says.

Mary Moran, chief executive officer of Calgary Economic Development, sees such "talent mobility" as a win-win, as people joining smaller businesses come armed with experience and expertise from larger organizations. "They can help advance some of those small businesses," Ms. Moran says.

"[Calgary Economic Development] is busier now than we have been in a long time," Ms. Moran says. "There are so many incoming inquiries from out of market, calling us to get a better sense of the lay of the land."

The slide in oil prices has also benefited Roger Jewett, founder and CEO of Jump On Flyaways, a Calgary-based airplane-sharing service that provides a cheaper alternative to standard flights. The company uses idle charter airplanes, often from companies that also service the oil sands, and only flies when a minimum number of seats have sold.

The business model is particularly appealing during tough times. "Typically in a downturn, people are more conscious of the money they spend," Mr. Jewett says.

"The fuel price has come down with the downturn, so we've been able to offer even lower prices."

Started in 2013, the company now has two full-time employees, in addition to Mr. Jewett, and three part-time staff. Being so nimble has proven helpful during the slowdown.

"We have the advantage of being able to try things and seeing what works. We'll keep doing that," Mr. Jewett says. 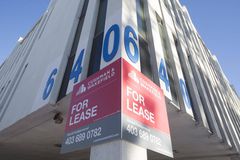 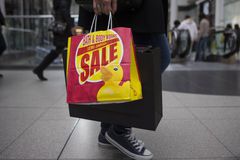