From a small office in Mississauga, Ont., entrepreneur Jesse DeCosta has done what many small Canadian business owners might only dream of. He's cracked one of the toughest, most cut-throat and seemingly impenetrable markets: Hollywood.

He's not just cracked it, but Mr. DeCosta and his global brand management and licensing company, DeCosta Marketing Inc., have cultivated a star-studded cast of clients and become indispensable to helping shape the images of some of Hollywood's biggest celebrities – Will Smith, Jamie Foxx, Kevin James, Lionel Ritchel, Donna Karan, Jordan Knight, and Robin Thicke, to name a few.

They have entrusted their branding strategies, website design and management, promotional materials, public relations and the like to Mr. DeCosta, the company's founder and president, and his 10-employee team.

Most recently, DeCosta was retained by the Jackson brothers – yes, those Jacksons – to create a website and manage the family's entertainment assets (including rare photos and previously unheard recordings).

Given the insular and seemingly saturated nature of Hollywood, a Canadian company might not seem like the first choice for such an A-list of celebrities to choose to help manage their brands.

But Mr. DeCosta provides proof that, while every business is filled with strong contenders, it is possible to make inroads even in crowded, tight-knit and competitive markets, where local players would seem to have an edge.

Many Canadian small businesses are reluctant to attempt to break in because of the high risks and tremendous challenges of figuring out how to stand out, says Theodoros Peridis, a professor of strategic management and international business at York University's Schulich School of Business.

"But that doesn't mean you shouldn't try," he says. "You have to know what it is you can bring to the table."

Mr. DeCosta's big break came in 1999, when he met Canadian recording artist Deborah Cox through a lawyer who worked for both Mr. DeCosta and Ms. Cox's manager. The two got along and Mr. DeCosta's firm was hired to expand Ms. Cox's online presence and build her brand.

Ms. Cox liked what he did and, about a year later, when her manager took on Will Smith as a client, DeCosta was again enlisted to manage Mr. Smith's branding.

Mr. DeCosta laughs as he describes the effect that Mr. Smith has single-handedly had on his career.

"You work hard for him and he promotes you like crazy," Mr. DeCosta says.

Brand management is a business based entirely on trust and the establishment of strong relationships. Mr. DeCosta says he spends about a third of the year in Los Angeles reinforcing existing relationships, cultivating new clients and maintaining his Hollywood presence.

It might seem odd that he has chosen to stay in Canada but, because of the frequency with which his clients travel, as well as the Internet, he says it's easier than ever to stay in touch with international clients. And the nature of his work -- creating websites, understanding how to massage a brand, deciding what events are best for a client -- can be done from anywhere.

Luck and serendipity have certainly played a role in Mr. DeCosta's success, as is often the case for companies that catch a break, Prof. Peridis says. However, what matters as much as luck is what an entrepreneur does with it, he adds.

It also helps, as it did for Mr. DeCosta, to be early to understanding the game.

"In the mid- to late nineties, not a lot of companies were building websites for artists, and the ones that were were mostly record labels," he recalls. "We came along and were trying to build Web presence using things like webcasts, live chats, things that were really groundbreaking at the time."

As well, what he has to offer his celebrity clients, who he says now account for about 70 per cent of his company's revenues, have paid off for them -- and so they are more than willing to champion his company.

"I think the most important thing in what has made this company so successful is that the revenues we generate for our clients are large. We make them money. When that happens and someone is happy with you, it spreads through word of mouth. That's what happened with us."

The relationships that a company like DeCosta has cultivated are a reminder of how important it is for entrepreneurs to make connections, Prof. Peridis says.

"It only takes one person to connect with to get that lucky break, but you never know who that will be, which is why it's so important for entrepreneurs to get out of the office, to be networking constantly, both physically and virtually," he says. "There's a reason there are still trade shows; face-to-face meetings still matter."

And while Mr. DeCosta has taken his company far beyond his Canadian base, he says he wouldn't mind increasing his roster of clients at home.

"Bryan Adams," he says. "I'd love to work with Bryan Adams." 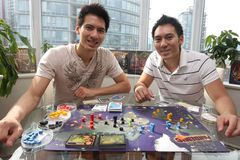 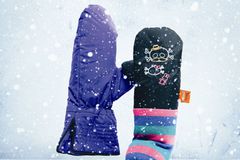 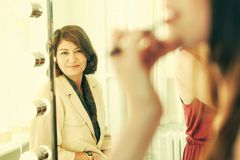 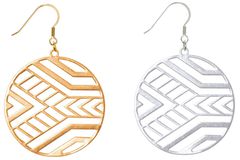