Running a company is, in the best sense, a labour of love.

But what happens when couples go into business together? Can it be too much of a good thing?

These three couples took the entrepreneurial leap of faith, and on the occasion of Valentine's Day, they talked about what they learned from the experience.

Four months ago, Ms. Gebara and Mr. Kamal opened Zenporium, a furnishings store in Toronto that specializes in exotic Asian furniture made from reclaimed wood. The seeds for the business were sown while the couple were on their honeymoon in Indonesia, Malaysia and Thailand in December, 2009.

Ms. Gebara was the human resources manager with a furniture company, and she left the job to start Zenporium, while Mr. Kamal worked in insurance, a position he continues to hold.

"We both had a passion for furniture and what we wanted to do was find a few pieces for ourselves," Mr. Kamal says. "We'd seen some of these organic, reclaimed wood pieces before we went on the trip, so we knew we'd bring some back."

After almost six weeks in Southeast Asia, they fell in love with the style and were convinced they could open their own store. They began to build contacts with manufacturers and distributors – returning to Toronto with a 40-foot container filled to the brim.

"We had discussed (the possibility of starting a business) but did not expect how good our outcome would be and how quickly we'd get things moving," Ms. Gebara says.

The couple had to start from scratch, only later learning the niceties of setting up a business: registration, incorporation, and finding retail space.

"Ninety per cent of what we were doing was for the first time," Mr. Kamal says.

The story behind the formation of the company did not charm everyone. "People told us 'you should be really careful, it's not a good idea to start a business with your partner.' Really, we were very excited about it, not knowing what to expect. We're both pretty hard workers," Ms. Gebara says.

The couple have been pleasantly surprised so far, she adds. "What has been nice about this whole process is that we've come to respect each other a lot more. We've learned so much about each other."

Ms. Gebara says she discovered her husband has the gift of conversation no matter what the situation, and Mr. Kamal says the challenges in pulling Zenporium together has given him the satisfaction of knowing that the pair can tackle any of life's problems together.

"There have been difficult challenges in the past year related to the business, and we got through them. I look at that experience and think we could probably just get through anything in our personal lives."

Voices.com has grown from a "kitchen table" business, when it was founded eight years ago, into a multimillion-dollar company with 15 staff and 50,000 clients, located at the University of Western Ontario's research park in London, Ont.

The company creates online connections for voice actors from around the world, introducing them to business opportunities for podcasting, video and film voiceovers, and translations.

Originally an audio engineer with a recording studio, Mr. Ciccarelli began working with Ms. Ciccarelli – then a music student who needed to record her singing for a university course – after her mother spotted a story on Mr. Ciccarelli's company in a local newspaper.

"It started as a working relationship, and Stephanie likes to say that then it got romantic. We got married, had three kids, and all that good stuff," Mr. Ciccarelli explains.

"Stephanie has a great voice and I was getting inquiries for commercials and I asked her if she could be that voice talent. We did this modestly successfully for several months and thought if we could do this in little old London, Ontario, there had to be a whole industry out there."

After doing some research they sold their studio equipment and created their online service. And they were then able to define their roles.

"Stephanie is the more creative and artistic and an excellent writer. She's amazing with customer service. I'm a lot more technically driven. I like being the behind-the-scenes guy," Mr. Ciccarelli says.

Ms. Ciccarelli, who is expecting the couple's fourth child, says she works from home when necessary and she and her husband alternate representing the company on business trips.

"Because we do own our own business there is flexibility. If I have to drive our kids to school because they missed the bus I can do that and show up at work a little later and not be penalized. And I always leave earlier so that I can greet the kids at the bus stop."

Switching off the work tap is, however, a challenge. "You tend to work a little bit too much. Sitting in bed with both of the laptops – maybe it's the same whether you are working together or not," Ms. Ciccarelli says.

Those laptops are always a temptation in their guise as portable workstations. "I find it easier; David will be doing his nightly roundup of the stats and I will say to him 'Oh, let's just watch a movie!'"

Mr. Cinnamon, 60, spent 40 years in the confectionery business, initially making candy and then ending up in management. One day he made a batch of peanut brittle that completely floored his family. He and Ms. Cinnamon, 59, decided to go into business for themselves 11 years ago when they started Cinnamon's Chocolates in North Vancouver.

"It's a lifestyle thing for us. The idea was that I was going to have a little shop and he'd be in his semi-retired thing, noodling around," Ms. Cinnamon says. "Of course the store took off and we needed him. It took the two of us to do the owner things."

What they discovered, after being married for years, was that they enjoyed working together. "We have a great way of collaborating together, how deals build on each other. He's a flavour genius and once we have an idea in our mind, he can go away and muck around and it tastes exactly like it needed to," Ms. Cinnamon says.

"We are both the types that get knocked down and after a brief moment get right back at it even harder," Mr. Cinnamon adds. "There is great satisfaction in working with a partner who you know will do the same."

Ms. Cinnamon says they set boundaries to keep work out of their home. "We really noticed that (if you bring the business home) you're not getting off work ever, and we made an agreement then that we wouldn't talk business at home unless it's really important. We'll set a meeting time."

It helped that they knew each other so well by the time they went into business together.

"We had a great partnership before this, and we had a good rhythm to resolving disagreements, with respect and humour and trust in the relationship already," she says. 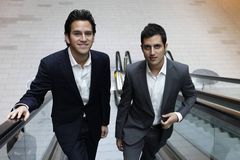 Cornwall, Ontario: the next Hollywood of the North?
November 15, 2010 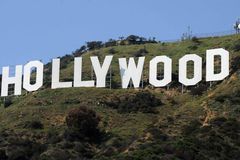 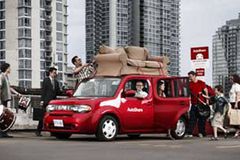 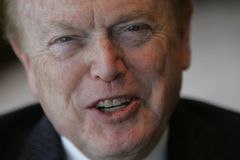 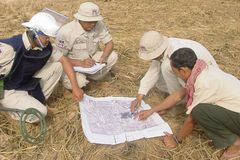