Lavender Farm in Abbotsford, B.C., is a third-generation dairy farm owned and operated by the Vaandrager family. The bucolic setting – gently rolling green pastures, Tudor-style farmhouse, snow-capped mountains in the distance – is pleasant, by human standards.

But for the cows, it's a state-of-the-art Lely Astronaut milking system that contributes to their low stress environment. Inside the spacious barn, the cows mosey on over to a voluntary milking station whenever they please, lured by the nutrient-rich feed that is dispensed while they're expressed by a robotic attachment.

"They eat when they're hungry and are milked when they are ready," says Lori Joyce, founder of the new Vancouver-based Betterwith Ice Cream, which claims to be the first-to-market premium ice cream made with traceable milk in Canada. "They wouldn't be this friendly if they weren't happy and treated well," she adds, as a curious brown-and-white beauty noses through the fence and licks her hand.

December wasn't the ideal time to launch a new ice cream brand in the frozen-food aisle, one of the most competitive sections in grocery stores. Betterwith, which is now available at select Whole Foods, Choices Markets and independent gourmet retailers in B.C.'s Lower Mainland, missed the peak summer season because Joyce insisted on using traceable milk that could be sourced back to this farm.

"My shareholders were getting antsy," says Ms. Joyce, who is better known as co-founder of the Cupcakes retail chain and co-star of The Cupcake Girls, a Gemini Award-winning reality TV show. "They said, 'Come on, no one cares. We can launch traceable later.' I said, 'No, don't ask me to compromise on the integrity of this product. My packaging says 100-per-cent honest for a reason.'"

There are two key differences that make Betterwith an "honest" ice cream. One is the old-fashioned recipe made with a custard-style base, high butterfat content (16 to 18 per cent), premium ingredients (local Totem strawberries, for example) and no preservatives.

"The frozen-dessert category has been misleading consumers for a long time," Ms. Joyce explains. "People are buying something that looks like ice cream and tastes like ice cream, but if you read the fine print, there isn't a high enough percentage of cream to make it real ice cream. It's frozen dessert."

There may be other premium ice creams with high butterfat content on the market: Earnest Ice Cream, for example, is an artisan B.C. brand with small-scale, local distribution; and Haagen-Dazs will be Betterwith's primary mainstream competitor. Neither, however, is made with traceable milk.

Traceability, also known as supply-chain transparency, is one of the fastest-growing food trends in Canada. "Consumers increasingly want to know the origins of their food, where the ingredients come from, and the practices of the farms and processing plants," says Sylvain Charlebois, dean of the Faculty of Management at Dalhousie University and lead author of Canada's Food Price Report, an annual trend forecaster.

Barcodes, chips, tags and DNA labelling are becoming more commonplace in the meat and seafood industry. But with dairy, it is trickier to forge a farm-to-fork connection. Since the late 1960s, the Canadian dairy industry has been governed by a supply-management system that is operated by farmer-run provincial marketing boards. The milk produced by independent farmers is sold to local dairy processors and blended into a collective pool. Unless the milk is segregated from the pool and put it in its own silo (for which a premium to the farmer must be paid to offset the costs), it's impossible to trace to the exact source.

"I didn't realize there would be so many roadblocks," Ms. Joyce recalls. After eight months of searching, she was cold-called by Bill Vanderkooi of B.C.'s EcoDairy, a demonstration farm that provides the only other traceable milk in the province to Avalon Dairy. Mr. Vanderkooi put her in touch with Meadowfresh Dairy, which was already using Lavender Farm's traceable skim milk to process a yogurt drink for Booster Juice.

Going forward, Ms. Joyce realizes that she is very quickly going to run into the problem of volume. The goal for the first year is $1-million in sales. By 2020, she hopes to scale the business to national distribution with sales of $40-milllion. However, her distributors already want more ice cream than she can supply and she is scouting for another single-source farm in Western Canada that meets her standards.

Mr. Charlebois says the search will be even tougher she moves east. "In B.C., the farmers are not afraid to think outside the box. In Ontario and Quebec, compliance is king, especially in the dairy industry."

Ms. Joyce says it's a challenge worth taking on. "I grew up on a farm. My parents were selling organic fruit before anyone knew what organic meant. As a mother, I care about the food I feed my family. Happy, less-stressed cows lead to better milk and, ultimately, better ice cream."

Local taste evaluators agree. "It's a very luxurious ice cream," says Deniz Tarakcioglu, former executive chef at Vancouver's Medina Café, the first restaurant to put Betterwith on its menu. "The cream flavour is probably the best I've ever tasted. It reminds me of the pure raw milk I grew up drinking in Istanbul."

But will the "traceable" label on her classic teal-and-gold packaging resonate with shoppers? Bob Burke, a U.S. consultant who specializes in natural, organic and specialty products, isn't sure. "Why should consumers care? Is it better than Haagen-Dazs? Is it denser? Richer? Creamier? I think [the packaging] needs to elaborate on why 'traceable' milk makes the product better."

Kurstin Leith, a partner with LBN Brand Management, which is working with Betterwith as its retail broker, notes that "traceability" will be the next big thing in Vancouver, which has long been an incubator for progressive food trends.

In the meantime, Ms. Joyce has been busy doing in-store demos almost daily, leveraging her minor-celebrity status. "The customers get it. Even if they're not familiar with the term 'traceable,' they understand it implicitly when I explain. Everyone keeps saying to me, 'Thank you for caring about the cows.'"

Clarification: An earlier version of this story said Betterwith was the first-to-market premier ice cream made with traceable milk in Canada. While the company made the claim, it is not possible to verify that it was the first. 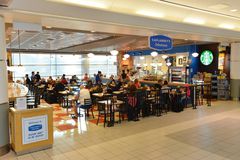 Zane Caplansky: Three lessons I’ve learned about building a franchise business
January 3, 2017
Follow Alexandra Gill on Twitter @lexxgill
Report an error Editorial code of conduct
Due to technical reasons, we have temporarily removed commenting from our articles. We hope to have this fixed soon. Thank you for your patience. If you are looking to give feedback on our new site, please send it along to feedback@globeandmail.com. If you want to write a letter to the editor, please forward to letters@globeandmail.com.
Comments