Given the recent meeting between Prime Minster Stephen Harper and U.S. President Barak Obama to discuss a potential Canada/U.S. "security perimeter," it's a good time to look at your options if you find yourself stopped at the border.

What should you do if you are denied entry on the basis of a criminal conviction that might have happened decades ago in your wayward youth?

Imagine you're at the U.S. Immigration checkpoint in Vancouver or Toronto. You're planning to attend a meeting in Houston or you have a business transaction to close in San Diego. Or maybe your family is tagging along for a side trip to Disneyland after your convention in L.A.

Let's say a U.S. Immigration officer puts your information into his computer, your name comes up, and he raises his eyebrows because he's discovered you were involved in a "criminal matter" in 1981 – 10 years before you got your MBA, at a time when you weren't a successful senior executive at a mid-sized Canadian financial services company.

If you're denied entry to the United States, your conference plans may be wrecked, your transaction could be in jeopardy, and your side trip to Disneyland cancelled (to the horror of your children). It might even have a detrimental affect on your career – travelling south of the border is what Canadians in the business world have to do from time to time in order to keep their jobs.

The newly discovered prior criminal matter will likely mean you'll be directed to "secondary inspection." If that happens, the first thing you should do is to remember late author Douglas Adams' famous advice: Don't Panic.

Honest and forthright individuals can get extremely nervous in these situations, making them appear slippery and dishonest to the U.S. Customs and Border Protection officers. It's tempting to ramble on about irrelevant facts that make an officer suspicious and the misunderstanding results in refusal of admission.

Others might lose their cool and display a bad attitude, with predictably uncool results. None of these reactions are helpful. So if you're questioned about your prior criminal history during your wayward years, think long and hard before answering. And remain calm.

Saba Naqvi is a Vancouver immigration lawyer licensed to practice in both British Columbia and California, and she not only does business immigration on both sides of the border, she regularly assists Canadian businesses and individuals with criminal admissibility issues such as the hypothetical one described above.

"Don't try to outsmart the officer as that strategy will go terribly wrong," she says. "Fully disclose all arrests and convictions in your lifetime including the 'minor indiscretion' that might have happened 25 years ago when you were a university student and convicted for possession of a tiny amount of marijuana."

Ms. Naqvi says U.S. immigration laws outline specific categories of crimes and offences that generally categorize inadmissibility offences. Most Canadian business people find themselves questioned about their inadmissibility for instances in their past involving either "controlled substance violations," which are drug-related offences, and "crimes involving moral turpitude," which are crimes involving dishonesty. There are exceptions to the rule and recalling as many facts as possible may allow you to make your originally scheduled flight to the United States.

For example, if you explain that you were convicted of one crime involving dishonesty in your past that was punishable for one year or less in prison, and you were not sentenced to prison, or less than six months in prison, or asked to pay a fine, a legal exception may be applied by the officer at the U.S. port of entry.

Even in the event you're turned away that day, there's still hope. You may be able to apply for a Nonimmigrant Waiver Of Inadmissibility to the United States. Or you may have to come back with court records demonstrating that the inadmissibility provisions of the U.S. Immigration and Nationality Act don't apply in your case.

Even if you are not technically inadmissible to the United States, you may require advance assessment by the U.S. Customs and Border Protection Admissibility Review Office to advise of your admissibility in the form of an official letter.

In any event, if you're denied entry into the United States, the worst thing to do is to attempt entry at a different border crossing on the same day, thinking you have a fresh chance with a new officer. If you're rejected at Vancouver International, don't think about driving to the border at Blaine, Wash. That's not a good move. In fact, it's a bad one.

Denied admissions are updated in a centralized U.S. database and they are accessible immediately at every U.S. port of entry. This could jeopardize your ability to enter the United States for the rest of your life.

So stay calm. Don't panic. And don't do anything foolish. Work within the system, and if necessary, work with an immigration lawyer experienced in U.S. law, and chances are you'll be able to return to the United States without having to worry about that minor criminal issue that arose when you were a wayward 19 year old.

March 1: Admissibility and inadmissibility of Canadians to the United States under NAFTA. Look for it on the Your Business website. 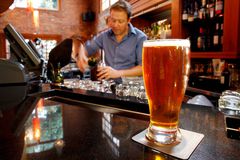 What your business can learn from WikiLeaks
May 3, 2018 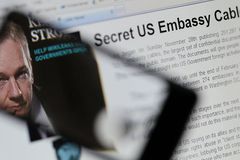 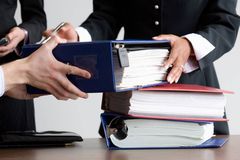 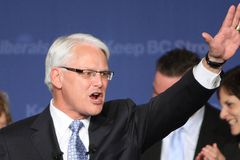 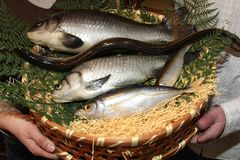