1. Kruger Inc. dates back to 1904 when Joseph Kruger founded a fine paper business in Montreal. Current chief executive officer Joseph Kruger II, grandson of the founder, now oversees 1,915 employees in Canada and has expanded into tissue products, wines and spirits, forest and wood products, and renewable energy and recycling. Kruger was chosen one of the top 100 employers in the GTA with its attention to helping employees balance work and family life.

2. Samuel, Son & Co., Ltd., has passed into the fifth-generation hands of Mark Samuel, chairman of the 158-year-old company, now a $3-billion steel manufacturing and distribution business. After Mark's father, Ernest, became president in 1962, the company kicked into high gear and expanded into the United States. In 2000, Ernest died, but he had already started to train his successors. The transition was smooth. In 2007, the company added its first non-family chief executive officer. The company has expanded worldwide since and is recognized for its philanthropy.

3. Molson Coors Brewing Co., the second oldest company in Canada, founded in 1786 by John Molson, has survived seven generations of brewing suds. Sixth-generation family member Eric Molson retired in 2009, but his sons Andrew and Geoff continue as members of the board of directors. Molson merged with Coors in 2005. The firm has made the list of Canada's Top 100 employers, as well as one of the Top 50 most engaged companies in Canada.

4. James Richardson & Sons, Ltd. began as a grain business in 1857 and is now Canada's largest, privately-owned agribusiness, based in Winnipeg. It has since expanded into radio, real estate, oil and gas and is considered one of Canada's Top 50 managed companies. Currently Hartley Richardson serves as seventh-generation chief executive officer. He was part of the successful bid to bring the 1999 Pan American Games to Winnipeg.

5. Sobeys Inc. grew from a small meat delivery business in Nova Scotia in 1907 to becoming the second-largest grocer in the country after it bought out the Oshawa group in 1998. Sixth-generation family member, Rob Sobey, says that a factor in the family business success was having a family council, which enabled the youngest generations of Sobeys to get to know one another. Their family council is divided into two: one that deals with the interface between family and business and the other that deals only with social gatherings. Sobeys now has more than 1,300 stores with 85,000 employees across the country.

And three that didn't

1. T. Eaton Co. Ltd. was once Canada's largest department store retailer until its painful death just over a decade ago. Founded in 1869 by Timothy Eaton, the last store closed on February, 2002, partly hampered by external forces – the 1980s economic recession, and the growth of suburban competition. Its demise was precipitated by the younger generation of Eatons, who lacked Timothy's magic touch. The firm lost its goodwill by cancelling its catalogue and sponsorship of the Santa Claus parade in Toronto. It attempted to create a discount chain, then instituted an "everyday value pricing" policy. Cutbacks lowered staff morale, and when the company did away with value pricing and brought in upscale merchandise, it bled customers and went out of business.

2. Cuddy Farms Corp. was a success story, founded by Mac Cuddy of Strathroy, Ont. He took $3,000 in savings in 1950 and made an Ontario turkey farm into the world's largest breeders of turkey eggs and hatchlings, and then he provided chicken for McDonald's restaurants McNuggets. But loath to hand off the business to any of his five sons, Mr. Cuddy used to blurt: "You can hire better than you can sire." Eventually all of the brothers were fired or left the firm, unable to meet his high expectations.

3. Seagram Co. Ltd. used to be a powerhouse of booze. Samuel Bronfman rode the post-prohibition boom to build Seagram into the world's largest distiller of alcoholic beverages. However, a series of poor management decisions in the 1990s by his grandson Edgar Bronfman Jr. culminated in the Seagram empire being dismantled and its parts sold off to Coca-Cola and other rivals. Edgar Jr. had sold the family's crown jewel to buy into a fantasy world of Hollywood studios and properties, resulting in a disastrous reversal of fortune. 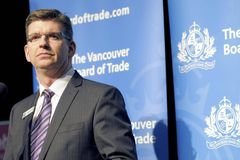 Top 3 things to decide before starting a marketing campaign
October 30, 2012 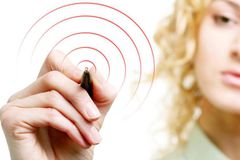 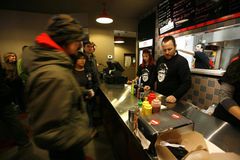 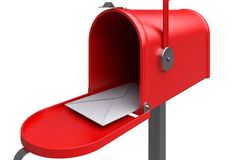 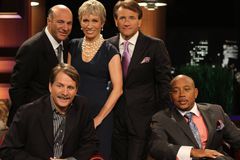