This article was adapted from The Economy of You: Discover Your Inner Entrepreneur and Recession-Proof Your Life, by Kimberly Palmer, which comes out this month. Copyright © 2014 Kimberly Palmer. Published by AMACOM Books, a division of American Management Association, New York, NY. Used with permission. All rights reserved.

From the outside, Erica Sara's life looks like the plot of a Reese Witherspoon romantic comedy, but one that revolves around the pursuit of business success instead of a man. She writes a blog, where she posts favourite quotes. Recent samples: "The more you love your decisions, the less you need others to love them." "Never get so busy making a living that you forget to make a life." (She also writes about adventures in cheese-making, decorating her apartment, and running races.)

In addition, she maintains an active Twitter account, where she sends encouraging notes to other runners about their races. All of this outreach is in support of her own jewelry-design business, Erica Sara Designs, where she creates custom engraved jewelry.

Sara is part of a growing movement of entrepreneurs who build flourishing side-businesses on top of their full-time jobs in pursuit of greater financial security – and deeper work satisfaction. Almost one in three of the freelancers of Elance.com also maintain full-time jobs, and a MetLife survey found that 12 per cent of baby boomers (now in their fifties and sixties), 17 per cent of Generation X (in their thirties and forties), and 25 per cent of twenty-somethings pursue freelancing on the side.

Growing a successful side business often depends on cultivating a tribe of online supporters, fans and customers, whether you're looking to grow a coaching business, sell products, or anything in between. Those connections often start with your existing connections: Do you share useful information on your social media accounts? Are you part of a professional organization through work? Does your college or university have an active alumni association?

Going to happy hours or connecting online can make it easier to find a mentor in your field or to find people who can offer referrals or help with promotion once your product or service is ready. If you're active on Facebook and Twitter, then you already have a built-in network–let them know what you're doing by linking, with a photo, to your product or service.

In addition to receiving a boost from the congratulatory notes and "likes" that will inevitably follow, even if just from family members, your friends might offer other connections or suggestions that can help. You can also ask yourself:

1. Would any of your current friends make good partners in crime? Some people do better working in pairs or even threesomes; doing so allows you to double or triple your contacts, resources, and earning power.

2. How can you ramp up your social media presence? To get word out about a specific product or service, you can create a dedicated Facebook page, which can feature photos, updates, and comments from customers. If you work in a visual field, consider building an Instagram account. If many of your potential customers are tech-savvy and permanently online, then building a Twitter following might be for you. For professional services, LinkedIn can work best.

3. What types of people or groups do you want to be more connected to? If you work in a tech-heavy field, look for local tech happy hours or online groups. If you want to groom pets on the weekend, check out local dog parks and other gathering places. Browse Meetup.com for lists of local groups or run a web search on the terms that interest you, even if they seem unrelated, such as "gardening" and "urban patios." You might find that your niche already exists and has a dedicated following. While on some level these people are your competition, they will also become your support network. The leaders of your tribe might have written niche e-books on the subject or regularly give workshops on it; they might blog about their adventures or share them on Twitter. They will have valuable advice and contacts that they may even be willing to share with you.

4. How can you "stalk your tribe"? Before making personal connections, research the networks you want to join by learning about them from their online trails. Facebook and Twitter accounts are prime starting points.

5. How do you like to connect? Some people flock to happy hours like they're giving out free margaritas (sometimes they are); other people would rather send emails from their couch while wearing pajamas. If you prefer your conversations face to face, then happy hours and networking groups are probably for you; otherwise, social media is your savior.

Sara followed all those steps as she built her own tribe to support her budding jewelry business, which she began as she worked long hours as a Coach merchandiser in New York City. Even then, she knew she had bigger dreams of launching her own business one day. "I was tired of working twelve hours a day and not being gratified," she says.

Since she's also a marathoner, Sara decided to initially focus on what she calls "race bling," which celebrates athletic accomplishment with inspirational mantras. "My jewelry is very tied to who I am," she says, adding, "I do any kind of mantra for people who want to send a message to themselves or out to the world about what they represent."

When it came time to officially launch her jewelry line, Erica leveraged the contacts she had already built up through her blog. "I realized that we're really lucky to live in this world today with Facebook, Twitter, blogging, and websites–there's this whole network of people that you can connect with, so aside from the people I knew in my own life, I started connecting with people online that I thought would find my line appealing." As a result, she says, "By the time I was ready to launch full time, I had people ready to buy on the first day." Despite the hefty start-up costs for engraving tools and gemstones, her company became profitable in less than two years. She attributes that success largely to the connections she made through social media.

By finding her niche in the running world, building friendships, and leveraging them through social media, Erica turned her idea into a thriving jewelry business.

Kimberly Palmer is senior money editor and Alpha Consumer blogger at US News & World Report. She is the author of Generation Earn: The Young Professional's Guide to Spending, Investing, and Giving Back, as well as a series of financial guides, Palmer's Planners, sold through her Etsy shop. Kimberly has appeared on NBC's Today Show, CNBC, CNN, and local television and radio shows across the country to talk about smart money decisions. She lives with her husband and two children in the Washington, D.C., area. The training program your company can’t afford to overlook
December 31, 2013 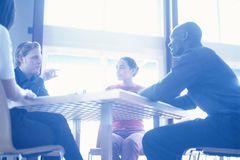 Meet the maker of those made-in-Canada Roots sweatshirts
December 16, 2013 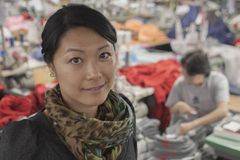 Five ways to weed out the wrong candidates
December 11, 2013
Follow us on Twitter @globesmallbiz Opens in a new window
Report an error Editorial code of conduct