In what has become one of the most successful corporate community projects ever, last weekend CIBC and the Canadian Breast Cancer Foundation raised more than $33-million through the participation of more than 175,000 people in the annual Run for the Cure. Donations rose 23 per cent and participation 3 per cent to record highs.

Very few companies have been able to generate such a national impact with their community investments, but many are trying today to give their social responsibility projects more punch as it become increasingly common for customers to ask what a business is doing for its community.

In a field defined by so many intangibles, it can be difficult for organizations to pinpoint the keys to a successful community strategy and the means to figure out at the end of the day whether they are successful investments.

In the case of CIBC, which became the title sponsor of the Run for the Cure back in 1997, the bank hadn't set out looking for a project to support cancer research. Rather, it recognized that the run had become a passionate cause of many of its employees, and it saw an opportunity to put its brand and resources behind an existing movement.

"Too many companies try to manufacture these [community projects]for perhaps reasons more self-driven than cause-driven," says Stephen Forbes, executive vice-president of marketing and communications for CIBC. "You have to keep the real motive in mind, and for us it has always been supporting our employees."

Keeping it real has meant resisting all attempts, including internal ones, to attach any business development to the Run for the Cure. Seventy per cent of the bank's staff is female, and as a sign of how passionate CIBC employees are to the breast cancer cause, more than one-quarter of the 40,000 across the country participated in the run.

"Return on investment is not only when you sell something. That's not the only way you create value for your business," says Stephanie Robertson, president of Simpact Strategy Group Inc. in Calgary, which helps companies maximize the value of their community investments through an evolving set of best practices. "The first questions we ask are, 'Where are you at the start of the program, and where do you want to be? What do your employees care about, what do your customers care about, and is there any opportunity to engage them?'"

Seventeen years ago, the head of NatWest Bank in Britain walked into the office of an executive running community investment and left him with three simple, spontaneous questions: Why do we have to give the bank's money away, how do I know you are giving it to the right people and how do we know if it's helping the community?

The answers weren't readily available. The bank polled six large companies and found that none of them had the right management structure to answer all the questions. So all the organizations came together to create the London Benchmarking Group to measure all aspects of community investments. Today the LBG has more than 100 corporate members, and many British companies have international reputations for leading in the area of corporate social responsibility.

In 2005, Ms. Robertson brought the LBG concept to Canada after consulting in the sector in London. LBG Canada is a network of more than two dozen companies, across industries, working to maximize the value of community investment. She points to three reasons for a company to make a community investment: commercial, social or philanthropic. And she warns that companies make a mistake by thinking that one project can give them everything they need. Instead, they should understand that a portfolio of investments will provide them a range of returns over different periods of time, much like a stock portfolio.

Between 10 per cent and 15 per cent of investments tend to be commercial in nature. Ms. Robertson cites Enbridge Inc.'s financial support for aboriginal communities near its pipeline projects and operational rights-of-way as such. Another 25 per cent are philanthropic, such as the Teddy Bear Toss at Calgary Hitmen hockey games, which supports the Rainbow Society and has been supported by local energy companies. Social projects, where a company wants to be a part of change in the community, form the largest group of between 60 per cent and 65 per cent.

Home Depot Canada has focused efforts largely on the latter through partnerships with five organizations: Habitat for Humanity, Kaboom, Boys and Girls Clubs of Canada, Evergreen and Volunteer Canada. Ms. Robertson praises the company for having an aligned set of goals that relate to its business. Those goals include providing affordable and sustainable housing, creating and restoring community green spaces, building healthy outdoor play spaces and encouraging Canadians to volunteer.

Peg Hunter, vice-president of marketing and communications for Home Depot Canada, says community volunteerism is one of the founding values of the home improvement chain, which has operated in Canada for 15 years. The organization's 28,000 employees volunteer more than 60,000 hours a year for company initiatives. The financial cost runs about $8-million a year, split between in-kind donations and community grants. None of the grant money is expected to be spent on Home Depot merchandise, she adds.

The payback to the company remains largely unquantified. Ms. Hunter says community investments are value-based, not sales-based. "If you give back to the community, it will come back to you."

But Home Depot says it does see clear value internally, where employee leadership and morale correlate to community involvement, as does employee retention. Asked why the company's stores don't emphasize its external role, Ms. Hunter says, "We have to get better at public awareness." It has linked the new website of its foundation to the Home Depot homepage and plans to tell its story more through in-store materials.

Last month, BCE Inc.'s Bell Canada announced one of the biggest social project investments in Canadian history, pledging $50-million over the next five years to support mental health nationally. The subject has always held a stigma that has made raising funding more difficult than for other causes. A top tier Canadian corporation backed away at the last minute from a major sponsorship in mental health just a few years ago.

Bell's move was in the works for a long time. The company wanted to find a program that would be relevant to employees and customers, national in scope and "potentially transformational," says Mary Deacon, chair of the Bell Mental Health Initiative and former chief executive officer of the CAMH (Centre for Addiction and Mental Health) Foundation. It also looked for a cause that needed support but didn't get it, she adds.

Bell says it will use its scale and brand to create a national conversation about mental health issues. The projects it funds will be evaluated for specific outcomes. The first donation of $1-million has gone to the Royal Ottawa Hospital to expand its tele-psychiatry program. Bell expects to see the number of patients receiving tele-psychiatry to increase by 200 per cent over five years as a result. Sponsorship of research will follow and likely involve chairs and fellowships. "They will bring focus to an issue, increase capacity in those areas in the short term and long term," Ms. Deacon says.

Internally, Bell plans to make sure it "walks the walk" by improving its own practices around mental health, including improvements in its employee assistance program. It plans to train managers about mental health issues and build a culture of support.

Bell showed a level of leadership and boldness in its move to support mental health, Ms. Robertson says. Five years ago, a lot of people would have told the telecom to avoid the issue like the plague. But Bell has approached the cause strategically and people can see the company wants to discuss real issues.

One of the few missteps a business can make in the field is committing to an initiative it won't finish. That appears unlikely in Bell's case. CEO George Cope spoke of his own mother's fight with mental illness, giving the investment resolve from the top. Returns on community investments can be "quite squishy," admits Ms. Deacon. But Mr. Cope has taken a personal role in the project and is applying to it the "same kind of business rigour and execution" he applies to all aspects of Bell's business, she says. 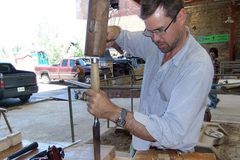 Second-career checklist: Be your own boss, save the planet
August 4, 2010 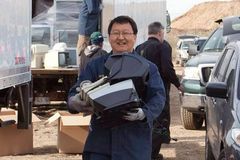 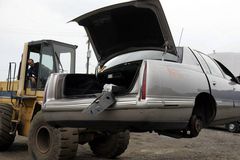 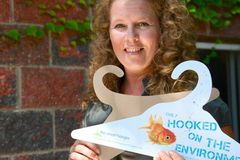