Every week, we will seek out expert advice to help a small- or medium-sized company overcome a key issue it is facing in its business.

Ten years ago, its sales started to slip as lower-cost Chinese factories began to lure away long-time customers. The company laid off one-quarter of its work force over the decade, as dozens of eastern Ontario manufacturers were shuttered.

But a recent $12-million capital investment that is enabling a shift in production from custom-made small- and medium-sized machine parts to huge components for the massive steam, gas, and nuclear turbines and engines required by the energy sector has turned George A. Wright around.

Sales have been growing 10 per cent to 15 per cent annually since 2009, staffing is back to pre-2001 levels of about 110 people, and a major expansion of the company's current building will soon be filled with workers and machinery, says Steve Wright, George A. Wright's owner.

Now George A. Wright faces a new challenge: Its growth is being hampered by an inability to find the skilled labourers needed to satisfy demand for the company's new services, Mr. Wright says.

These labourers include specialty machinists who can operate the new massive vertical turret lathes that shape the components for the hydro and steam turbines the company is building. Also needed are machinists and welders with more general skills.

"We've been recruiting steadily for the last one and a half to two years and we've hired 10 employees – mostly welder fitters and machinists – over that period, but I could hire five more now if I could find the skilled tradesmen to fill the positions," Mr. Wright says.

Despite continued growth, he estimates his company has lost 5 per cent to 10 per cent in potential annual sales increases since 2009 as a result of not having the skilled staff to take on projects.

It can take George A. Wright as long as a year to find a single licensed welder or machinist, even with the help of professional recruiters scouring the country, Mr. Wright says.

Unable to find the numbers he needs in Canada, Mr. Wright has tried to recruit three people from Britain and Brazil, but his applications have been rejected by officials at Human Resources and Skills Development Canada, who have told Mr. Wright that Canada has enough machinists and welders, even if they live in other communities.

Mr. Wright feels hamstrung: "If there is someone in Windsor who doesn't want to relocate to Kingston, that doesn't do us any good."

The challenge: How can George A. Wright find the staff it needs at home or abroad?

My inclination would be to document up the wazoo, meaning get lots of evidence that this is a specialized field; therefore, you are drawing from a much smaller labour pool with fewer opportunities to find experts in Canada.

He could get documentation from trade organizations that shows the average guy that applies is no good and that you have to have someone who is really specialized if you want to maintain your position as a cutting-edge company.

As part of the application process, Mr. Wright would show HRSDC that he is providing a competitive wage. He would show that the wage being offered is not an artificially low wage that would, therefore, be more attractive to a foreign worker who has another agenda, such as trying to immigrate to Canada, than it would be to a Canadian worker who would have to relocate from another centre.

I would also demonstrate to HRSDC that Kingston has a lot of good things, but a large industrial base is not one of them, nor is a large industrial work force. So you need to look elsewhere to get somebody with specialized skills.

Mike Hewitt, co-ordinator of the Quinte Manufacturing Resource Centre , Belleville, Ont.,which provides labour and government-policy advice and other support to about 240 manufacturers

Unfortunately, there's no magic bullet out there that's going to allow them to get that pool of people, outside of making their own company higher-profile so more people want to work there. It's sort of that, 'I want to work for RIM.'How do you all of a sudden get people to think, 'I want to work for George A. Wright'?

What is it about that company that would make people want to work for them? They've found that green energy market niche – supplying turbine components for hydro and gas utilities – which is great. They already have that focus. That's how they are differentiating themselves, but how much do people know that?

They also may also want to re-examine their productivity to mitigate some of their need for new workers. …If you can do more with the people you've got, you don't have to hire as many people. You also drop your overhead costs, making your projects more profitable.

If you look at the country as a whole, you may find we have enough machinists and welders, but most of them are out West and they're getting huge premiums to move out there. Mr. Wright can't compete with Alberta and he can't pay the same wages some of these folks are getting out there.

He could bring someone in with a signing bonus that would be paid over a period of years so he could get them to stay for a certain amount of time before they would get all of it.

While Trudell has not used a signing bonus, we have provided very liberal moving and housing financial support to recruit offshore talent. The appeal of a modern and larger house is very important in terms of spousal or family support to make a significant lifestyle change.

Mr. Wright could also work with his local college to create homegrown talent, but that's a long-term solution because it could take six years to get a skilled tradesperson to the level of expertise that he needs.

THREE THINGS GEORGE A. WRIGHT SHOULD DO NOW:

Prove the rarity of needed skills

Get documents and letters from trade associations backing up company claims that the needed specialized tradespeople are in short supply and pursue support from the community.

If productivity can be improved, some of the need for more skilled workers might be alleviated.

Consider offering a signing bonus to help lure skilled workers to relocate, but stipulate an agreed-upon period that workers must stay. Also ponder other incentives, including promoting the green niche.

Facing a challenge? If your company could use our expert help, please contact us at Small Business . 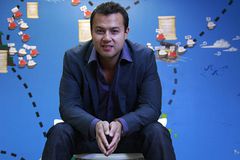 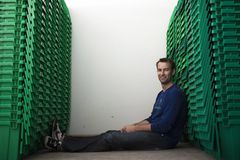