As Downsize Fitness makes its debut in Canada, members will find a shared background with the new operators, who've experienced the challenges of weight loss firsthand.

Married couple Martin Charron and Brianne Angus and friend Marc Robert have collectively lost more than 400 pounds. The trio teamed with partner Nicholas Desjardins to open the first Downsize north of the border, located in Orleans, Ont. Billed as the world's first overweight-only gym, Downsize is geared to individuals with more than 50 pounds to lose.

Mr. Charron said they'd thought about the concept of a gym specifically for overweight people before they became aware of Downsize's existence.

"Some people can do it on their own. I did it on my own through trial and error — but it's not fun," Mr. Charron said. "But when you're supported in a community where they're all going through the same thing, and the trainers have gone through it, you feel much more supported than if you're going to a gym and hoping it's going to work. We know how they feel because we were there."

The community concept is central to Downsize, which offers in-house and online classes as well as fitness and nutritional support. There are around 600 different types of exercises in their database which all have modifications, allowing those with a bad back or shoulder, for example, to complete routines safely and comfortably, said president Kishan Shah.

"We design the program and all of the training to go hand in hand so that way it's functional fitness. It's helping someone live a happier and healthier life," said Mr. Shah, 27, a former private equity investor at Goldman Sachs who has lost more than 200 pounds through diet and exercise.

While big box gyms remain big business, Downsize is the latest in a growing category of fitness facilities seeking to meet specialized interests and needs.

Longwell pointed to the diverse slate of specialty programs and facilities that have launched in Canada, including yoga and indoor cycling studios, strength and conditioning program CrossFit and Orangetheory Fitness which centres on interval training. One of the fundamental components shared by virtually all of them is the focus on small group training, he noted.

"I could walk into a gym and jump on a treadmill and not necessarily talk to anyone the whole time," Mr. Longwell said. "When I go to one of these facilities... you're social, you're interacting with other people, so that's a definite attraction."

But even for those who don't chit-chat with fellow members while working out, research shows just being in close company alongside those with shared interests or backgrounds can be of benefit.

Work coming out of the U.S. a few years ago suggested older adults preferred to exercise on their own rather than in groups, said Mark Beauchamp, an associate professor in the school of kinesiology at the University of British Columbia.

Yet in his own study published in 2007, Mr. Beauchamp said they found older adults actually reported a strong preference of group-based settings — particularly those made up of people their own age — and a dislike of exercising in groups with people much younger than themselves.

As a followup, further data analysis found that both men and women reported a preference to exercise with people of their own gender rather than in a mixed gender setting, Mr. Beauchamp said. Those effects were "particularly pronounced" amongst people who were overweight or obese, he noted.

"It largely ties to the old adage of birds of a feather flock together in that people have propensity or a preference to be with others," said Beauchamp, who oversees the Psychology of Exercise, Health, and Physical Activity Laboratory. 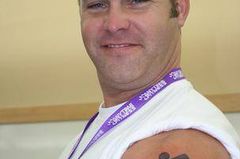 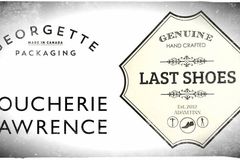 Passion project leads to 'something bigger' for two entrepreneurs
December 12, 2013 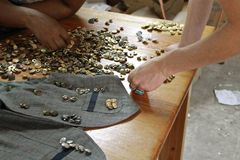 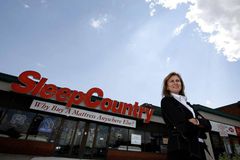 Stylish boutique clinic 'a labour of love' for owner and optometrist
December 5, 2013 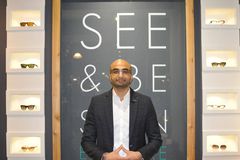