When Tom Jansen and Amanda Buhse started making candles together they expected to sell 15, maybe 20.

Four months later, their products are in 11 stores and will be in the gift bags that go to nominees at the Oscars and the Grammy Awards.

The Winnipeg-based pair, who sell candles under the name Coal and Canary, are now thinking about quitting their day jobs.

“The dream was to make it into a real business,” says Mr. Jansen. “We didn’t expect that it would grow into this.” 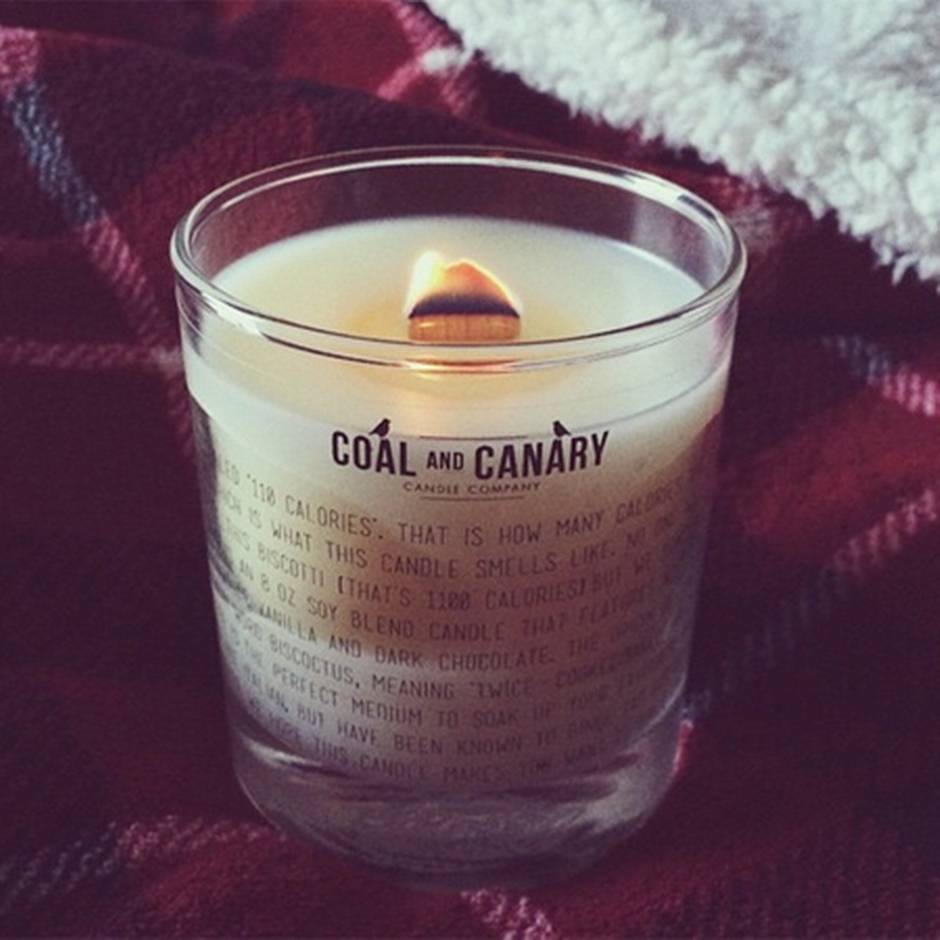 For many people the idea of transforming a hobby into their career is a tantalizing one, and while Mr. Jansen and Ms. Buhse are certainly not alone, their success was no accident.

“Even though it was a hobby, we made a plan,” says Ms. Buhse. That plan, however, was for five years -- not five months.

Mr. Jansen was the first to start making candles. He says that after his hobby drew the attention of friends and family, he started selling candles at a local farmers market.

“I knew at that point that I had a great product, but I had no capacity to reach other markets,” he says.

“The dream was to make it into a real business. We didn’t expect that it would grow into this.”
Tom Jansen, co-founder of Coal and Canary

He asked his friend Ms. Buhse, who works as a graphic designer, to join the business and handle marketing, branding and design.

Even though they gave the company a name and took their work seriously, she says it was really “an excuse to hang out more often.”

“It’s been the most amazing free advertising I’ve ever seen and I’ve worked in advertising,” says Ms. Buhse.

It’s is a good way to reach their target market – “young professionals who like the good things in life but don’t have as much money as their parents do, yet,” Ms. Buhse says.

Even though sales are growing, Ms. Buhse and Mr. Jansen say they aren’t quite ready to leave their day jobs. “This is our evening full-time job,” Mr. Jansen says.

While Coal and Canary’s co-founders hope to turn their hobby into a full-time job, for Dave Reed, creating a job was the main reason he turned his home brewing hobby into a professional brewery.

Mr. Reed is the co-founder of the Forked River Brewing Company, a craft brewery in London, Ontario.

An engineer by training, Mr. Reed spent most of his career working in the automotive industry.

But, with the 2008 recession affecting that sector particularly hard, Mr. Reed says he found himself working in a different industry and in job he didn’t like.

“All of the jobs were disappearing and eroding, we had to make our own future,” Mr. Reed says.

In June 2013, Mr. Reed started the brewery with two business partners. Brewing was a hobby three shared, they’ve been making beer together since 2010, after meeting in a home brewing club.

But it wasn’t just that the timing was right for the co-founders for Forked River, the market was ready for it too.

While many Ontario cities have local breweries, Mr. Reed says “we haven’t had a craft brewery in London for 15 years.”

The response was better than expected, he says. “Our business plan was focused on draft sales to bars and restaurants,” he says. While that accounts for about 50 per cent of his sales, Mr. Reed says that he’s now selling a quarter of his beer directly directly to customers. The Liquor Control Board of Ontario stocks the rest.

Forked River is now beginning to expand, the brewery has already taken over more space in its building and Mr. Reed says there are plans in the works to increase distribution and add seasonal beers.

“All of the jobs were disappearing and eroding, we had to make our own future.”
Dave Reed, co-founder of Forked River Brewing Company

Josianne Isabel says the moment she knew it was time to quit her job and turn her hobby into a full-time business was the first time she had to turn down work. Ms. Isabel runs Par Josianne, an event-planning business in Montreal that started as a blog.

She says she started blogging about restaurants in Montreal knowing that “something would come out of it” but she wasn’t sure what. Soon, readers where asking her to help them plan events, she says. “They knew through the blog that I know all the good places.”

A year after she started blogging, she quit her job to focus on the business full-time.

Event planning is “easy and its fun for me,” Ms. Isabel says.

Even though the business has grown beyond the blog, it’s a key part of her strategy. “It’s content marketing, but its also my business development tool,” she says.

While some hobbies have an obvious path to becoming a businesses, that wasn’t the case for Ian Bell. He started working on a scheduling tool for amateur sports teams, called RosterBot, in 2008 but he didn’t start trying to turn it into a business until last year.

“I had no inkling how it would make money,” says Mr. Bell. It was a hobby intended to support another hobby.

“I play hockey a lot, I’m a goaltender and I get called half a dozen times a week to come play,” he says. Mr. Bell says he was losing track of when he was supposed to play.

Originally, to program emailed players automatically to remind of games. Now, the app offers more functions, including the ability to see which players are showing up.

Even after former NHL-player Bret Hedican joined the company, “we still thought of it as a side project,” Mr. Bell says.

It was only after seeing a competitor try to make money with a similar app that Mr. Bell decided the time was right to start monetizing RosterBot. He plans to do that with targeted advertising.

“There are very few places on the Internet that know what sports you play,” he says.

In May, RosterBot raised a seed investment round of over $1-million and Mr. Bell says the business will be profitable by the end of the year.

This is part of a new weekly series that will feature business owners across Canada who have turned their passions into full-time jobs. If you fit the bill, drop us a line at smallbusiness@globeandmail.com