Patrick Asselin had been itching to open a restaurant in Ottawa's ByWard Market for years, but wasn't prepared to simply set up shop and start serving customers without some sort of detailed plan.

The owner of Brothers Beer Bistro, a beer-centric restaurant that opened its doors in May, spent a full year working on his business strategy or, as he puts it, "the framework that gives you direction."

Strategy, he says, involves more than just a number-crunching business plan. He had to come up with a detailed concept, understand the competition and get a good grasp of the market. His plan also involved creating sample menus, developing restaurant decor and researching locations.

He says it was a lot of work – his business strategy document is 27 pages; he has a hard copy in his office and an electronic version on his computer – but he knew that if he didn't put something together, the business would have failed.

"It was an extremely daunting and difficult task," he says. "But I had to do it."

Lisa Shepherd, president of the Mezzanine Group, a Toronto-based business-to-business consultancy, says that business strategy is an often-misunderstood concept. Many small businesses think coming up with a plan is a waste of time, or that it's all about "navel gazing," she says. However, it's a must-do if companies want to survive.

A strategic plan, she explains, forces entrepreneurs to focus on what they want to do. "People who don't focus, don't succeed," she says. It helps companies carve out their niche and it also helps business owners to say no to things that fall outside of their area of expertise.

Business strategy starts with "the opportunity," says Andrew Dixon, vice-president of marketing and operations for Igloo Inc., a Kitchener-based business that develops collaboration software for companies. When he and founder Dan Latendre came up with their company's strategic plan, they first made an effort to understand what was driving their business. "We had to focus on what people need, not what people want."

Part of that was looking at industry trends. His company identified social media, mobile and cloud computing as the defining trends in the technology space. Igloo's products combine all three things, so they knew they were on the right track.

From there, Mr. Dixon says, they could begin figuring out their target market, their competition and how best to deliver their service. "This helped us understand where we were going," he says about the work he put into coming up with a strategy. "We were able to come up with a solution that was sustainable."

Both Mr. Dixon and Mr. Asselin also came up with financial projections, but the traditional business plan, Ms. Shepherd says, is only one part of the strategy. "A business plan is one level down," she says. "Strategy is overall. Who are the customers? What's your core competency? The business plan helps turn strategy into action."

As imperative as it is to come up with a strategic plan, it's also important to keep updating it. Andy Buyting, a Halifax-based business consultant, says entrepreneurs should revisit their strategy every quarter. That allows companies to make sure they're on track and lets them "take a step back and study the landscape," he says.

Business owners should also discuss new opportunities, new threats and see whether the market has changed. "Have a heated debate and discussion around what should be the major moves for the next quarter," he says.

He suggests gathering employees together for a day or two and, on a series of flip charts, write down exactly where everyone sees the company going.

If entrepreneurs don't have a plan or fail to revise it, then they're just floating, Ms. Shepherd says. "You're not controlling your destiny," she explains. "Things might work out well, things may not work out well – you're not making pro-active decisions."

For Mr. Asselin, all the business planning has been worth it. It helped crystallize exactly what he was doing and why he was opening his restaurant.

He continues to tweak his plan – he didn't want to serve late night food at first, but saw that people want to eat into the wee hours, for instance. He "obsessively" checks financial projections and often takes a look at his strategy document to make sure he's staying true to his idea.

"In this business it's easy to veer off course," he says. "So it's always good to remind myself about what was the original plan." 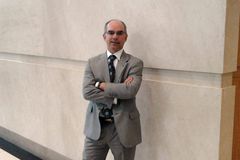 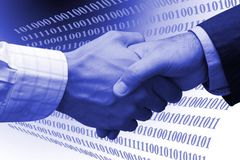 Options widen for travelling entrepreneurs who want to lounge
October 8, 2012 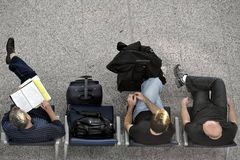 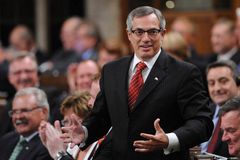 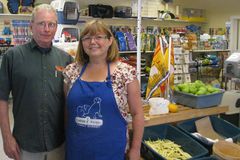 earlier
Video chat: Hatley thrives in kids' clothing market
July 11, 2012
Follow us on Twitter @globesmallbiz Opens in a new window
Report an error Editorial code of conduct
Due to technical reasons, we have temporarily removed commenting from our articles. We hope to have this fixed soon. Thank you for your patience. If you are looking to give feedback on our new site, please send it along to feedback@globeandmail.com. If you want to write a letter to the editor, please forward to letters@globeandmail.com.
Comments