It's not just a catchy name: Iceberg Vodka is distilled using water from 10,000-year-old bergs netted by trawlers off the coast of Newfoundland.

The company says the pure water – frozen since before the days of man-made pollution – makes the resulting vodka ultra-smooth.

Its novelty status made it a fast-growing brand when it hit the market in the 1990s. But sales began to shrink with the proliferation of international vodkas made in a range of flavours.

For the company to stay afloat, "the vodka itself didn't need to change, but its marketing needed immediate help," says David Meyers, a Canadian who spent most of his career managing international rum and cognac brands and joined Toronto-based Iceberg Vodka Corp. 18 months ago as its chief executive officer.

"What drives interest in vodka is recognition and innovation. Iceberg had been lacking new ideas that resonated with consumers," Mr. Meyers says.

They redesigned the bottle, which hadn't changed since 2005, into a container that looks as if it were carved from a block of ice. And they launched a sassy campaign on social media to resonate with younger buyers.

The company also refocused on the United States, where per-capita vodka sales are almost double those in Canada, and launched flavoured varieties.

The challenges of refreshing a brand in a mature market that's facing increasing competition is hardly unique to vodka, branding experts say.

"Vodka represents a metaphor for what's happening in branding in general these days," says Colin Glaysher, executive vice-president of brand development consultancy C.B. Powell Ltd. in Mississauga. Established brands of tea, for instance, are scrambling to regain consumer interest in the face of an explosion of flavoured, specialty, natural and health-promoting teas.

"No longer does a product and its packaging get the job done. A brand in a crowded category has to practically stand up and bark to get picked up and put in a cart," Mr. Glaysher says.

That's why promotion through social media such as Facebook and Twitter is growing as spirits companies try to make inroads with younger consumers and regain popularity with baby boomers, who in recent years have been shifting to wine and beer, says Toronto-based Andrew John Virtue Dobson, who blogs about brands on his site DobbernationLoves.com.

Companies are engaging "influencer" consumers on Twitter and using ambassadors to showcase their brand at events, Mr. Dobson says. An example of this is Bacardi's sponsorship of the Digital Dreams electronica music festival in Toronto this summer. The event puts their products into the hands of the young people they are looking to appeal to, Mr. Dobson says.

An advantage for Iceberg is that vodka represents a growth segment of the liquor business, says Holly Wyatt, vice-president of marketing for distribution agent Kirkwood Group, whose clients in Southern Ontario include Iceberg.

Rye whisky used to be the leading category in Canada, but that changed about eight years ago. Vodka now represents about 30 per cent of spirits sales in Canada, and the story of the moment is flavour.

"While Canadians are still much more purists than Americans, the projections for growth of flavoured products is non-stop, and that's why everybody's getting on board," Ms. Wyatt says.

Premium vodka brand Absolut experimented with flavour very early, and today its lemony Citron is so popular it is seen as a brand unto itself, she says. More recently, consumers can find cake flavours such as vanilla, chocolate and whipped cream as well as oddball mixes such as bacon, marshmallow and cotton candy.

Iceberg's product team found and tasted more than 100 flavours, and today they think they have developed unique ones for Iceberg: cucumber, crème brûlée and chocolate mint.

To create word of mouth, its campaign on social media uses irreverent slogans that can be retweeted. They include: "When life hands you icebergs, make vodka," and, "The tip of the iceberg is best served with an olive."

The company's promotional efforts and new flavours have resulted in a huge jump in sales, Mr. Meyers says.

They have soared 20 per cent in Ontario since the relaunch last fall. "Nationally, I thought if we can sell 500 cases of flavoured vodka we would do well. We sold that in the first month and we're getting reorders," Mr. Meyers says.

Numbers are also rising in an unexpected place, Mr. Meyers says: "In countries in the Middle East where they legally sell spirits, we're seeing a a substantial increase in sales." 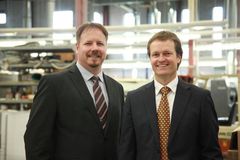 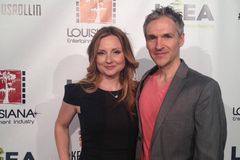 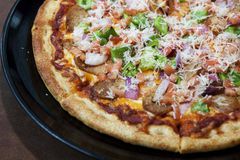 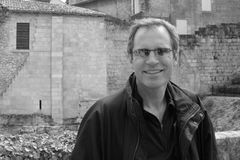 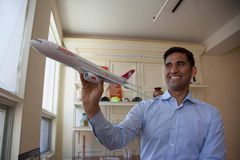