Complaining about tax rates is de rigueur in the business pages of this and other newspapers these days, especially corporate rates.

Having just written a whopping big cheque to Canada Revenue Agency for 80 per cent of my tax bill – and taking out a short-term loan until a couple of financial ships come in during the summer – the cheque in my hand would absolutely shock most of the people I went to school with.

And because I practice law though a corporation, I will have another big cheque to write in June for my corporate tax bill.

So I'm a perfect candidate to rant and rave about tax rates in this country, and to demand that they go down because I pay too much.

I would have liked a tax reduction in 2009 and 2010, to make this cheque in my hand – and the one I'll write in June – way smaller. But I'd like to point out to people who, like me, run their own businesses that we need viable tax rates to keep the country from becoming another Greece, Ireland or Portugal, none of which can pay for public services any more.

The cheque I just signed, the ones I write each month for my employee source deductions, and the one I'll write in June for my law corporation, help build and maintain the roads, highways and other infrastructure that Canadian products are shipped on. They help pay for the bridges these products cross to make it to the factory or to market. They help pay for our seaports, airports and other public facilities that we need for Canadian businesses to be successful.

They help pay for the police and fire departments that protect your business and your employees from harm, and they help pay for a civil justice system that you, as business people, can access to deal with your contractual and property disputes – not to mention punishing under criminal law those who would harm you, your family and your property.

Everyone wants to complain about government waste, but having practised law for more than 26 years at a number of firms and having worked for – and against – many small, medium-sized and large businesses, I know inefficiency and bad decision-making isn't a monopoly confined to the public sector.

We should praise the public sector and the tax dollars that support it, not bury it.

I have a close relative who has just developed breast cancer. She has been fast-tracked through the system and been given MRIs and other invasive procedures. She will be operated on in a matter of days: doctors discovered the lump no more than three weeks ago.

To those who complain about high personal and corporate taxes, remember that when you are gravely ill in this country, the tax base supports a medical system that is there when it is needed. It may not be perfect for illnesses or injuries that are not grave, but when the illness is life-threatening, like it has been for members of my family, the system works, and it won't work if people aren't prepared to pay for it.

And to a large extent, it has to come from our taxes. Those who promote further tax cuts may one day find themselves at the receiving end of a health-care system that can no longer treat even the gravest of illnesses.

Your tax dollars and mine helped give my son and daughter a very good public education in the elementary, middle and high schools of New Westminster, B.C. These taxes are also providing a first-rate university education for my daughter at the University of Victoria.

Whether my son decides to go to UVic, UBC, Western or McGill in 2012, I'm sure he will receive an outstanding university education.

My kids will be a net benefit to this country not only because of caring and engaged parents who see education as a priority, but also because of RESPs and other government-sponsored programs that were initiated to help us pay for their education. The rest of it, of course, coming from the tax base.

We have a tax system that says education is a "public good" – one that we, as a society, should support through our tax dollars. Indeed, business needs skilled, educated and motivated workers as much as it needs moneyed consumers prepared to open their wallets to buy stuff. You can't have one without the other.

It's common practice to deride tax-funded social assistance programs in Canada. And to be fair, I fervently believe that anyone who is capable of working should be working rather than collecting social assistance, even if they have to move from one part of Canada to another to get a job.

My late father, Vic Wilson, who, between the 1960s and 1980s, developed five office buildings, one shopping centre, two hotels and a few residential condominium projects in Victoria, must have, through his efforts, put food on the table of thousands of people in that city.

Accountants, architects, bankers, lawyers, construction workers, food wholesalers, mattress suppliers, and quite a few hotel and restaurant employees benefitted from his business activities, and some of them probably owe their first jobs to him. But when hard financial times and mental depression hit my father in the late 1980s, he lost everything and he was on social assistance for a time because he couldn't afford to buy food or pay his rent.

And although he bitterly complained about the corporate and personal taxes he had to pay when he was stupendously rich, when he was dirt poor his rent and food costs were underwritten by the same taxes he hated paying. There was a social safety net during the bad times – even for a man who paid a fortune in taxes during the good ones.

So to those trying to promote further tax cuts at the expense of our social safety net, you may, like my father, one day find yourselves in the same horrible financial position that he ended up in, without any net to catch you.

I take a keen interest in all the talk about reducing corporate taxes in Canada because B.C. and other Canadian provinces are very competitive with other OECD countries and even with many states south of the border.

Combined with the federal rate, the general corporate tax rate in BC is 26.5 per cent. And that doesn't include the benefits afforded to Canadian-controlled small-business corporations, which are taxed at the rate of 13.5 per cent on the first $500,000 of income.

In 2000, the combined federal-provincial tax rate was just over 42 per cent, putting Canada near the top tax rate of industrialized nations and making it an unattractive place for foreign investment. The combined rate has fallen over the past decade, and we now have a lower tax rate than many U.S. states.

The Tax Foundation, a U.S.-based think-tank, published a report in 2008 acknowledging that 46 states have a combined corporate tax rate higher than Canada.

The Globe reported in an article in March that "Canadian businesses were widely expected to use the extra money from successive rounds of tax cuts to build factories and offices and buy new machinery and equipment."

The problem is, they haven't done it, which is a dilemma for those arguing that further corporate tax cuts will allow new investment so they are crucial to stimulate job creation and make Canada more competitive internationally.

An analysis of Statistics Canada figures in the story indicated that the rate of investment in machinery and equipment actually declined in lockstep with falling corporate tax rates over the past 10 years. While corporate taxes were being reduced, Canadian businesses were not buying machinery or equipment, which the tax cuts were expected to promote.

Instead, businesses were hoarding cash: adding $83-billion to their reserves since the recession in 2008.

At a time when our public services are being reduced, does anyone know why we have to reduce corporate taxes further?

Tony Wilson is a franchise and intellectual property lawyer at Boughton in Vancouver, and he is an adjunct professor at Simon Fraser University. His newest book, Manage Your Online Reputation, was published in November. 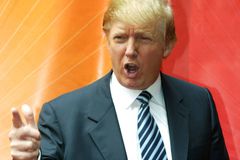 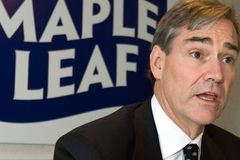 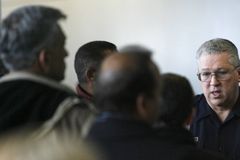 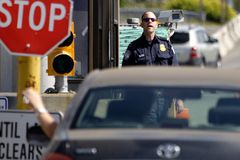