There are two aggravating things about movie theatre popcorn: how much it costs, and having to wait in long lineups for it.

Popcorn prices aren't necessarily going down anytime soon, but Landmark Cinemas is looking to alleviate the second issue with an Uber-like mobile app that lets moviegoers order and pay for snacks on their phone, then pick them up at a dedicated kiosk in the theatre.

That means no longer having to worry about standing in a lineup and possibly missing the beginning of the movie.

"It's a better way to get into the theatre and get what you want so you can go in and relax," says Bill Walker, chief operating officer of Calgary-based Landmark. "It takes the stress out of the equation."

Landmark began rolling out the system in its 45 theatres across the country about a month ago. It's now live and ready to go in each location, Mr. Walker adds.

After downloading the app, users create an account and register their credit card details. They can then view movie listings, buy tickets and pre-purchase popcorn, drinks and other concessions.

Buying a ticket delivers a QR code to the user's phone, which serves two purposes. When scanned at the theatre entrance, the code grants admission and alerts concession staff that the customer has arrived, so preparation of any pre-ordered food and drinks can begin.

The app has been developed by Atom Tickets, a Santa Monica, Calif.-based startup that counts Lionsgate, Disney and Fox as investors. The company rolled out the functionality in a handful of U.S. theatres last year in partnership with Carmike Cinemas and Regal Cinemas.

Both chains are seeing big returns so far, according to Atom chief executive Ameesh Paleja. Concession wait times for app users at test locations during busy periods have generally decreased to three minutes from 15 or 20, while concession sales – the bread and butter of theatre revenue – have seen double-digit increases.

"If we can make the guest experience better, people are going to enjoy their time at the movies more and they're going to come more often," he said.

Landmark is Atom's first national rollout, with a full U.S. expansion through Carmike and Regal planned this year. AMC, the largest U.S. chain behind Regal, has also been testing its own order-ahead system.

Landmark has about 10 per cent of the Canadian movie theatre market share by revenue, second behind Toronto-based Cineplex and its whopping 80 per cent.

Cineplex says it has no immediate plans to introduce a similar order-ahead app for concessions at its 163 locations.

"We've actually tested this functionality in the past on Cineplex.com and also through our automated kiosks, but have seen very limited consumer uptick," spokesperson Sarah Van Lange said in an e-mail. "We'll continue to test and learn with online and mobile concession offers in different geographies/locations, demographics and promotions."

Industry observers say it's only a matter of time before Cineplex offers similar options to customers. Order-ahead apps are gaining steam with mainstream users, with Starbucks recently rolling it out across Canada.

"People who don't embrace this technology and make this available to customers, particularly over the next 24 to 36 months, are going to be at a competitive disadvantage," said Robert Carter, executive director of the food service business at analysis firm NPD Group Canada. "It has to be part of [Cineplex's] strategic plan. I would be shocked if it's not."

Atom's app also features social functionality that lets users invite friends on their contact lists to join them at movies. Users can also opt to pay for their friends and send them QR code tickets.

The idea is to encourage moviegoing as a social event, which can also drive ticket sales. The participating U.S. theatres also saw double-digit increases in attendance and box-office revenue over a 12-week test period, according to Atom.

"It's a win, win, win. The studios win, the theatres win and the consumers win," says executive chairman Matthew Bakal. "There's nobody who's bummed about a more efficient experience."

Atom's order-ahead and social functions are the veritable Trojan horse for the company's other goal, which is to introduce variable pricing on movie tickets.

While opening weekends are almost always busy and often sold out for big movies, theatres also see a huge amount of unsold seats at other times. About 1.5 billion seats were sold in the U.S. and Canada last year, but five billion went unsold, says Mr. Bakal. "That's an e-commerce problem."

So far, theatres have tried to address the issue with a "bazooka-like" approach, in which they blindly issue coupons and promotions to potential customers. The Atom app, however, will allow chains to target promotions and offer cheaper tickets to specific customers based on their previous behaviour. Landmark plans to test this sort of variable pricing later this year.

While cheaper tickets might sound promising to movie fans, theatres will also ultimately be able to emulate Uber's surge pricing and charge higher prices for tickets during high-demand times.

"We're going to see more of that pricing model across various retail channels," Mr. Carter says. "Once they start to do this it'll be the other way as well."

The Globe and Mail Small Business Summit brings the country's brightest entrepreneurs to Toronto for an inspiring day of keynote talks, workshops and networking. Full lineup at Globesummits.ca. 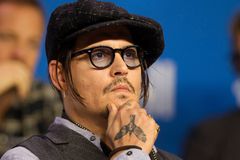 How the co-op model keeps businesses alive when boomers cash out
November 30, 2015 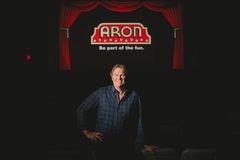