Kevin Coft and his medical marijuana startup are benefiting in a big way as the New Brunswick government embraces the job opportunities this budding industry could bring to the province.

On Aug. 23, the government invested $4-million in Zenabis, a company Mr. Coft launched to build a proposed medical marijuana facility in Atholville, N.B. The money comes in the form of a repayable loan, and Mr. Coft says it signals that Premier Brian Gallant's Liberal government is serious about supporting the sector.

"It's virtually unprecedented for a provincial government to make this kind of investment in this business," said Mr. Coft, who hails from Vancouver and is the company's CEO. "The New Brunswick government has done an excellent job in trying to understand this market, be proactive and look at the future."

That future could be bright. The Canadian National Medical Marijuana Association reports there are now 70,000 patients registered to use cannabis for medicinal purposes and that number is growing by 10 per cent a month. Couple that with the federal government promise to legalize recreational marijuana , and the market could be worth $5-billion to $7-billion annually in Canada.

New Brunswick has been the most aggressive province in Atlantic Canada in trying to capitalize on the medical pot gold rush. Susan Holt, an economic policy advisor to the N.B. government, claims the industry could create "thousands of jobs."

That would be welcome news in a province where the unemployment rate was 9.6 per cent in July – only Newfoundland and Labrador had a higher rate at 11.1 per cent. In Atholvile, which lies on the New Brunswick-Quebec border, Mr. Coft estimates the Zenabis production facility will cost about $14-million to build. He said it will be operational in 2017, employ 50 people initially and up to 200 when it reaches full production. If the federal government legalizes recreational marijuana use, that number could reach 600 employees.

The province's only licensed marijuana producer is already in expansion mode. OrganiGram Holdings Inc. in Moncton closed a deal in August to acquire a 136,000 square foot building to increase production and capitalize on the recreational marijuana market. The company currently sells medical marijuana to clients all over Canada and has 65 employees. But OrganiGram CEO Denis Arsenault says he expects the company will be employing over 100 a year from now.

"We estimate the recreational marijuana market in Atlantic Canada to be over $350-million annually," Mr. Arsenault says. "This deal allows us to be a significant player in that market."

Health Canada lists 35 licensed marijuana producers in the country. Most of them are in Ontario (20) and British Columbia (eight). Besides OrganiGram, Atlantic Canada's only other licensed producer is Canada's Island Garden Inc. in Prince Edward Island, which opened its doors in June.

The Truro Herbal Company is looking to get a piece of the action and become Nova Scotia's first licensed marijuana producer. Based in Truro, a small agricultural town of 12,000 that bills itself as the "hub" of Nova Scotia, the company has been working to build a 16,500 square foot production facility to produce 3- to 4-million grams of medical marijuana. Company president Evan Price hopes to employ 50 people and start production in 2017. He says 13- to 15-million grams of cannabis are consumed each year in Nova Scotia.

The stigma surrounding marijuana may explain why governments in Nova Scotia, P.E.I and Newfoundland and Labrador have been mostly silent in touting the potential economic benefits of the marijuana industry, even as New Brunswick and Ontario governments embrace it. However, social attitudes are changing.

Mr. Price says Truro is traditionally conservative in its political views and he expected his business idea would raise concerns among residents and political leaders. "But in the two 1/2 years we've been pursuing this, that never came to fruition," he said. 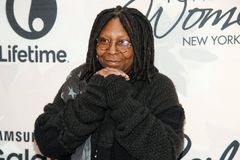 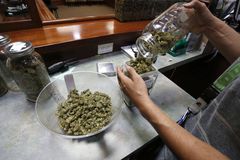 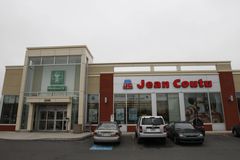