As a reaction to consumer demands (and one particularly viral tweet), Target has recently removed gender labels from the toy aisles.

There is no longer a blue boys' aisle overflowing with trucks and dinosaurs juxtaposed by a pink-saturated aisle brimming with faux beauty products and dolls. The retailer has made a conscious decision to be more gender neutral (much to the chagrin of some of their more traditional clientele).

Amazon has also launched a new store section that aims to promote STEM – science, technology, engineering and math – to kids ranging from preschool to 12+ years. It appears as its own separate section on the website, among the still-expected "Boys Toys" and "Girls Toys" sections on display.

Conversations about gender roles of children, stereotypes, empowerment and more gender-neutral toy options have been a hot topic as of late as study after study shows a huge disparity between males and females represented in STEM industries.

How did this imbalance arise? What's causing it? And how do we solve it?

STEM-focused play and gender-neutral retail environments are one step in the right direction, but ultimately, the marketing to our young girls has to change as well to empower girls and let them feel welcome in the fields that typically look (and feel) like boys' clubs.

During my time at Trend Hunter, the world's largest trend platform, we've seen the rise in STEM toys and activities that are being targeted specifically to young girls who are underrepresented in these fields and with this, there are many new small businesses popping up to bridge the gap and solve this evident issue. One example is GoldieBlox.

It took GoldieBlox six months to go from a Kickstarter campaign to Toys "R" Us stores nationwide. Today, just over three years after the brand's launch, it has challenged other toy companies and retailers to think differently about products targeted to girls,with over four million media impressions, 20 million views on YouTube and hundreds of thousands of fans on social media.

The CEO of GoldieBlox is Debbie Sterling, a woman who found that as she moved into her career as an engineer, there was a severe lack of women present. According to GoldieBlox's website, only 14 per cent of engineers are currently women. Sterling felt the responsibility to help change that, to somehow help little girls feel less isolated in taking an interest in engineering.

GoldieBlox aims to "disrupt the pink aisle," and they've been very innovative in doing so. They've created engineering toys that celebrate STEM, women and diversity with toys like their GoldieBlox Zipline Action Figure, where children must build a zipline for Goldie, the company's smart and down-to-earth mascot.

One of the most recent examples of this business's ability to push boundaries is the Goldie Blox Float that has appeared at the annual Macy's Thanksgiving Day Parade for the past two years. Kids who saw the float on TV or in person can understand how it works with all the intricate moving parts by creating their own miniature version with the Float On Goldie kit.

Yellow Scope is another young business (started just last year) looking to make an impact with girls. Aimed at getting young girls more interested in science and busting social stereotypes, co-founders Marcie Colledge (who has a PhD in neuroscience) and Kelly McCollum (an expert in epidemiology and biostatistics) have created several kits for kids, including one that shows how to extract DNA from strawberries and one on the chemistry of fireworks.

Twenty-four per cent of science and technology jobs are currently held by women, and Yellow Scope is providing a tool for parents to help their children to truly discover their potential in an exciting way. Even more inspiring, for every two chemistry kits you buy, one will be given to Girls Inc., an organization that provides mentors to girls to help them to excel.

The themes here are clear: Young girls are being spoken to in stereotypes and because of this, they're losing confidence in their own STEM abilities very early on in their lives.

According to Aubrey Bach, a senior editorial manager of Payscale Inc.: "Men dominate higher-paying jobs – engineering, construction and mining – and women dominate jobs like teaching and social work," despite that, on average, women are more educated than men.

The good news is that the ambitious individuals behind not only GoldieBlox and Yellow Scope, but many others such as Rominate and Little Bits, are working hard to help girls gain more confidence and prove that they can rock at STEM just as much as boys can.

Shelby Walsh is the president of Trend Hunter, a website tracking industry trends. 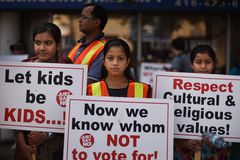 Have Your Say: How can we encourage more girls into science careers?
September 23, 2015 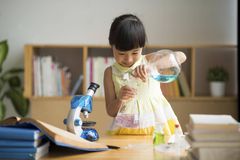