John DeHart is co-founder of Nurse Next Door, a home care service provider for seniors with more than 140 locations across North America. Three years ago, he took a step back from running the business and, shortly after, launched Live Well Exercise Clinics, a franchise that offers physician-prescribed fitness care. I spoke with Mr. DeHart about how he's applying the lessons he learned at his first business to his new venture.

Have you always had an interest in entrepreneurship?

Yes, I actually started selling golf balls to seniors on a golf course when I was about eight years old. That was my first business. I'd make enough money every weekend to treat all my friends to movies and pizza every Saturday night.

I've essentially always been an entrepreneur. I've never really had a job. I went to school in the U.S., Cornell University in New York. I moved back to Canada and that's when we started Nurse Next Door coming up on 16 years now.

Tell us about Nurse Next Door. How did you launch and grow the company?

My partner and I both had personal experiences caregiving for family members and there was a big gap in the Canadian health care system for people who wanted to stay and age in their own homes.

That was 16 years ago. Neither of us had a health care background. Head office was a Starbucks coffee shop for the first six months. We hired three caregivers and started the company, and that was the start of Nurse Next Door.

What were your main challenges growing the business?

I meet my fair share of small business owners, and I can say that the number one lesson that I see is that so many business owners don't focus on sales enough. It's one of the biggest mistakes. There isn't a razor-like focus on the few most important things in the business. And until you hit about a million in sales, sales is always the number one thing you have to focus on.

You ran Nurse Next Door as one of two co-CEOs. How did that work?

So to grow past a certain point, we had to pick one CEO. And so I became CEO for a number of years after that. My partner took a step back in the business. Three years later, we ended up hiring someone to come in and replace me as CEO. I stepped out so I could go start another company, and today we have one person who runs the company.

What challenges do you face with your new venture, Live Well?

One of my big learnings at Nurse Next Door was really figuring out the right people to hire to be able to build faster, so at Live Well, we're bringing in people. I have a rule of thumb. When we're growing, I'm going to look at where growth is going to be in two to three years and hire the person who can handle that, and we're going to hire them today.

If I don't do that – and I learned this at Nurse Next Door – then we'll have to change our whole team in two to three years when we get to that state. So at Live Well we're doing that today, and that's our biggest challenge, making sure we have the right team members who can handle our growth.

What advice do you have for small business owners?

Every entrepreneur has a lesson to learn around people. We all have our horror stories of how the wrong hires really hurt us in our business, so I always tell business owners and entrepreneurs to become an expert at hiring as fast as you can.

At Nurse Next Door, we went from zero to 1,000 people in about four years. When things started to slide, we woke up one day and realized we had the wrong people. We hadn't hired right and it was through that experience and the problems that came with it, we became experts at hiring.

We adapted a system called top-grading. It's a system that GE used to use for hiring. I mastered top-grading, and it's one of those skills I've been able to use almost on a weekly basis.

With top-grading, we go really in-depth into [the] history of the individual. We go through a whole number of screenings, and I probably spend about four hours with you. I go back right to high school. I'll have you take me through high school and every single job you've ever had.

When I do that, I can start to spot trends pretty quickly. The best predictor of future performance is past performance. When we spend four hours with somebody in a room and they have to talk about every single job they've ever had, the highs and lows, we start to quickly identify if that person's going to be a fit for that role. It's a really powerful way to interview.

Minimum wage hikes can spur business owners to rethink how they run their companies
October 16, 2017 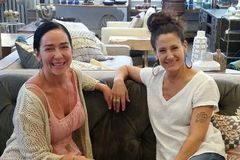 Target’s closing devastated my business. Here’s how we recovered
October 10, 2017 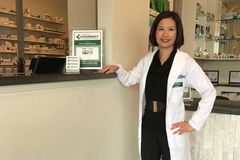