Many abandoned or dying brands have been resuscitated in recent years, a trend propelled in part by entrepreneurs who tap the consumer goodwill attached to old products and reintroduce them with an updated twist.

Here's how some notable successes came about:

The athletic shoe maker's sales in North America had sagged to a less than 1% share when, in the mid-1990s, a new 30-year-old CEO decided to amp up the cool quotient. A collection of Puma "originals" in various colours followed, along with the reintroduction of the classic Puma suede shoes, which updated the look while exploiting the retro appeal. More innovatively, Puma paid Korn, a fast-rising heavy-metal band, to wear its shoes and apparel (previously Korn had favoured Puma's archrival, Adidas).

The social networks-fed craze around the brand's latest campaign—launched with the Super Bowl ad that made a celebrity of its featured actor, who played "the man your man could smell like"—is the latest chapter in the revival of the 71-year-old line. Procter & Gamble has been trying for the past 10 years to make your father's deodorant and aftershave cool by mocking its stereotyped associations and nautical imagery. Turning nostalgia into parody risks turning off loyal customers, concedes brand expert Mark Thomann. "But if you're P&G, you can take a lot of risks." And it does apply one of the key rules of retro revival noted by Allison Cenna, a strategist with agency DDB Chicago: "It has multigenerational appeal—and each generation has its own connection to the brand."

Opened in 1892 as a men's outfitter patronized by the likes of Teddy Roosevelt and Ernest Hemingway, the brand's stuffy image killed its sales in the 1960s. A long drought ended in the late 1990s, when the company commissioned a series of racy, Bruce Weber-shot ads featuring scantily clad models. Today, A&F is a strong seller with young adults. "Do they have knowledge of the brand's history? Absolutely not," says brand revival specialist Mark Thomann. Yet the product quality, combined with the name, convey a classic image—a cheaper Ralph Lauren. Tradition alone couldn't have carried the brand's revival, Thomann stresses. "It's very difficult to sustain yourself as a classic. [A&F]comes out with new fashions every season, and their management are all top notch."

This once-popular discount brand has acquired a new cachet in a pattern reminiscent of Carling's revival of Black Label. Popular in the 1950s, Black Label became the choice of the alternative crowd in the late eighties. Carling pounced on the trend, creating edgy ads and packaging. It didn't take the cool kids long to abandon it, however, and Black Label is now back where it started: a marginal performer for its current owner, Molson. Eschewing the high-cost route, Pabst (brewed in Canada by Sleeman) has used grassroots promotions such as sponsoring art and music shows. According to Greg Clow of Taste T.O., a website covering Toronto's restaurant scene, "These efforts made PBR the second-fastest-growing beer brand in the U.S. for several years, while still maintaining street cred with the hipsters."

A popular micro car, especially in its home country of Britain, the original Mini ceased production in 2000. A year later, its new owner, BMW, brought it back, retaining the old exterior but upgrading the interior. By 2003, the car was a bestseller and Car of the Year winner in North America. BMW's re-launch borrowed a page—or chapter—from Volkswagen, whose reintroduction of the Beetle in 1998 was a model of brand updating. Both reboots parlayed what had been a budget model into a higher-priced status symbol. Most consumers don't even know that the Mini was once an econo-box. "That part is lost," says brand expert Mark Thomann. "When a brand has become dormant, it retains the high qualities. Ten years later, you can take [those associations]and mould them like clay."

Introduced in 1959 and sold only in Ontario and Quebec, these fruit-flavoured pyramids of ice were once a popular item. They were discontinued in 1982, but in 1995, two Toronto entrepreneurs re-registered the lapsed trademarks, positioning the products (now known as Lola Icebergs) as both kids' novelties and nostalgic treats for the parents: "One taste of Lola, and you're back in the fun-loving '70s," waxes the company's website. Since 1999, the line has been extended with kid-sized ice wedges and freeze pops, and it sells in select Shoppers Drug Marts, Wal-Marts and supermarkets.

The secrets of the exploding-pop trick
May 2, 2018 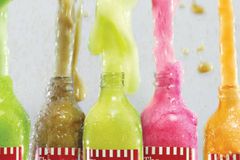 Why we need to shrink government back to size
May 2, 2018 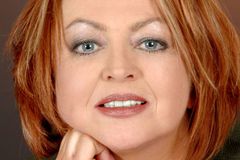