It was in 2008, as the global economy tanked due to the U.S. subprime mortgage crisis, that Ottawa's Robert Wang and two friends hatched an idea that is taking North American households by storm.

At the time, these ex-Nortel employees and entrepreneurs were trying to figure out what consumers would buy during tough economic times. "We knew people would still be eating and living," Mr. Wang said. "That was the point we started looking outside our telecommunications domain and at kitchen appliances."

The appliance Mr. Wang and his friends landed on was the electric pressure cooker. They spent 18 months designing their first model, with an eye to making a multipurpose appliance, and named it Instant Pot.

The product hit the market in the summer of 2010, and the sales and popularity of it have been on an upward trajectory ever since. More than two million Instant Pots have been sold around the world, it has an impressive ranking of 4.7 out of five stars on Amazon.com, and there are Facebook groups galore dedicated to discussing all things Instant Pot.

So how did this Canadian-designed kitchen appliance become a success? Instant Pot isn't just a pressure cooker. It's also a slow cooker, sauté pan, steamer, rice cooker, yogurt maker and food warmer. It also can reduce cooking times by up to 70 per cent compared to other methods.

Instant Pot achieved this success without any traditional marketing in print, television or radio. Instead, the company's strategy has been to put out a good product, listen to its customers and let them spread the word about the Instant Pot on the Internet and social media. "We really focus on the product and ensure it's good," Mr. Wang said. "You have to produce excellent results, otherwise people won't be bragging about it, they will be complaining about it."

Shelley Wutke, a copywriter who also writes kitchen appliance reviews for Best Buy, has no complaints. In 2016, she received an Instant Pot test model to review. She liked it so much, she didn't want to send it back, and ended up buying an Instant Pot a few weeks later. "It's just so fast," said Ms. Wutke, a mother of four who lives on a farm in B.C.'s Fraser Valley. "I don't have time to plan out a three-hour roast beef in the oven. When it's four o'clock and I'm wondering what I'm going to do for dinner, I realize I can make a roast in half an hour in the Instant Pot."

Instant Pot's focus on providing strong customer support to assist customers has also served it well. The company, which has 25 full-time employees, even has a website section where customers can send in ideas for new features they would like to see in future Instant Pot models, which Mr. Wang said the company rolls out every 12 to 18 months. "The product may not be perfect on the first try, so we take the feedback from users, bring the product back to the design table and try another one and another one," he said.

This customer engagement has helped Instant Pot gain a fervent following in North America. "There is this ongoing conversation and sharing of stories and recipes, which gives them really great engagement and trust-proofs the product before the purchase," said Veronica Farmer, founder of Ottawa-based communications and marketing company TrueCourse Communications.

Mr. Wang said Instant Pot sales have doubled annually since the first version hit the market, but won't reveal the company's revenue or profit for 2016 as it's a privately-owned firm. The company has introduced four new versions of the appliance since 2010 and plans to launch two more in 2017. Mr. Wang wants an Instant Pot in as many North American households as possible. "In 2011, I set an objective for the company to put an Instant Pot in every kitchen," he said. "It's an ambitious goal, but I think we're getting closer and closer."

Mr. Wang believes Instant Pot has tapped into a growing public desire to eat well, with minimal preparation and effort, and also to eat healthy. And it isn't just North America providing growth opportunities. The company opened an office in London in 2013 and Mr. Wang said it currently has more than 20 per cent of the electric cooker market in Britain. The rest of Europe and China beckon as well.

Pat Weir, creative director of Toronto-based FUSE Marketing Group and an Instant Pot owner, likes the company's chances of growing its market share. He said if the company can continue to provide quality products and support its customers and online community as it grows, Instant Pot will have staying power.

"If they ignore that community, it will be the thing that brings them down," Mr. Weir said. "But they understand the connection. They've started a model that can be sustained, and I don't think the masses even know about it yet."

Editor’s note: Correction: An earlier version of the story incorrectly said Instant Pot was Canadian-made. In fact it was designed in Canada but is manufactured in China.

The company I founded with my life partner was launching – but our relationship was falling apart
November 21, 2016
Cancer had robbed me of so much – and now it was going to take away my business
August 16, 2016 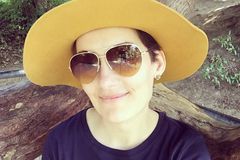 How I convinced my fiancee to quit her job and join my startup
July 12, 2016 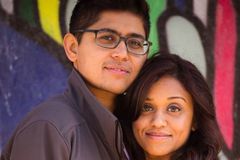