When Amanda Bullock began looking at daycares during her first pregnancy, she might as well have been looking for a unicorn.

A Barrie, Ont.-based child-protection worker, Ms. Bullock's job requires a blend of scheduled day shifts and drop-of-the-hat emergencies that can occur at all hours. Her husband works in sales and covers a territory so large he's often on the road until late evenings. With no extended family close by to help patch their gaps, a workable child-care solution seemed impossible.

Then Ms. Bullock found Little Start Child Care Inc., a provincially licensed, pay-as-you-go daycare in Barrie that is open 24 hours a day, seven days a week. It only closes on Christmas Day.

"We had never heard of 24/7 care before and weren't sure that we needed it. But it has given us so much flexibility," Ms. Bullock said.

Little Start, now in its third year of operation, has been a boon to hundreds of parents who work irregular schedules, including first responders, hospital workers, detectives, military personnel, airline employees and a host of others whose child-care needs fall outside the typical 8 a.m. to 6 p.m. hours when conventional daycares operate. Started by former home-daycare provider Cheryl Peyton, the centre is licensed for up to 70 children at one time, including overnights, when camp mattresses are rolled out for bedtimes with a sleepover feel.

It is also one of the only around-the-clock daycares in the country and, as such, offers some of Canada's most flexible and unconventional child minding. So far it has been wildly successful: Ms. Peyton said her waiting list hovers around 800 families, some of whom only need a handful of hours of care each week while others need overnights and weekends.

Demand has been so strong that a second location is set to open nearby in the coming months. But the road to success, Ms. Peyton said, has been at times precarious.

"This is not for the faint of heart," Ms. Peyton said during an interview on a recent Sunday afternoon from her office, where she was taking a quick break after coming in early to tend to a roof leak. "You have to be in it for 110 per cent. I work seven days per week," she said, adding: "It's not easy money."

Although she had more than a dozen years of home-based child-care experience under her belt before opening Little Start, including caring for her own child, Ms. Peyton found herself having to create a model almost from scratch when she decided to open a licensed 24/7 centre.

She knew there was demand in Simcoe County for after-hours child care because most of her home-daycare charges had required weekend, overnight and early morning care. Ms. Peyton steeped herself in government regulations, which set out strict ratios to govern the number of staff required.

After remortgaging her home and creating a business plan, Ms. Peyton won a provincial grant to help set up Little Start. She was also connected with a mentor at entrepreneurship organization Futurpreneur Canada to help with human resources.

Fast-forward nearly three years and Ms. Peyton has grown her staff from 10 to about 40 people; she has daily calls from families interested in the flexible hours her centre offers.

"I was petrified when we opened that I was not going to be full," Ms. Peyton said. "But our wait list started to grow fast. If I had a couple million dollars, I'd have one open right now in every city," she said. "The potential is huge."

Other daycare providers aren't convinced, though. Victoria Sopik, CEO of Kids & Company Ltd., a national daycare provider with 90 locations across Canada, said attempts to launch 24/7 centres within her chain have failed. "In all the years this service was offered we might have had five children in total for an overnight," she said, via a spokeswoman. "One of our centres was close to various hospitals and we thought for sure this would be a huge benefit, but we never saw the registrations."

Wendy Arnold, CEO and founder of ABC Academy, a Toronto-based daycare with 500 children across four locations, said she would never take on a 24/7 location. "From a business standpoint, it would be a nightmare," she said. Her biggest concern, she said, would be finding qualified staff who would be willing to do overnights. Aside from having to figure out their own overnight child care, Ms. Arnold said staff scheduled for the shifts might grow dissatisfied at watching over sleeping children they cannot interact with. "Early childhood education graduates have gone to school to educate," Ms. Arnold said. "In a 24/7 model, they wouldn't always be able to do so."

Ms. Peyton does admit to having trouble finding the right employees. "Staffing is the biggest challenge," she said. "I have a hard time finding people who share my passion and see the potential. But we're getting there."

While Ms. Peyton did not want to reveal numbers, she said she now considers her centre profitable. She has just begun to draw a salary (for her first two years of operation, she did not). And she is chugging ahead with plans for further expansion. A franchise model, she said, is a possibility. But applicants, she said, can expect heavy scrutiny.

"We need to make sure that whoever expands with our name is going to be preaching passion and the core values we have established," Ms. Peyton said. "All it would take is one thing, one accident, to ruin our name and business."

Six things small businesses need to know about the 2017 federal budget
March 23, 2017
How to claim home office expenses on your taxes
March 23, 2017 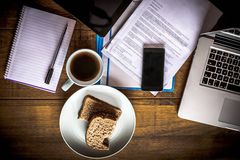 Toronto realtors frustrated by the soaring housing market
March 27, 2017
Follow Jessica Leeder on Twitter @jessleeder
Report an error Editorial code of conduct
Due to technical reasons, we have temporarily removed commenting from our articles. We hope to have this fixed soon. Thank you for your patience. If you are looking to give feedback on our new site, please send it along to feedback@globeandmail.com. If you want to write a letter to the editor, please forward to letters@globeandmail.com.
Comments