You've probably read plenty of posts about what to do to improve your productivity and go about things better. But have you ever stopped to think about what not to do?

By being conscious of things to avoid, you'll automatically channel the energy needed to do the things needed.

Creating a to-do list is an orderly way to approach building habits and can help you take steps toward meeting large, overarching goals. If you have trouble setting up your to-dos, try focusing on what not to do for a change – a different means to the same end.

Creating a not-to-do list may help you focus on the tasks that matter most.

Here are seven habits you might want to skip:

1. Touching e-mails more than once. When you open a new message you have a few options. You could scan it to realize that you don't need it or read it and act right away. Or you might read it and act later. It's important to choose among these options right away, with a strong bias toward the first two.

The idea is "only hold it once" (or the OHIO acronym) perhaps as if you were grasping a letter sitting on a pile on your desk.

Instead of pushing off the message to deal with later and going on to the next e-mail, you should probably just take care of it right away. Otherwise you're setting yourself up for rereading it later, resulting in a loss of time.

2. Meeting just to meet. How many meetings do you attend in a week? Many companies will have staffers meet to meet because that's the way they have always gone about things. It's habitual and part of the weekly routine.

"We've always done a morning meeting," someone might tell you.

If there's nothing crucial to discuss, the conversation becomes a rather inefficient use of time that could have been better spent elsewhere. Meetings are meant to solve problems.

3. Meeting without an agenda. Avoid meetings without a goal. Someone may approach you, saying, "Hey, let's get coffee."

If you have a full plate of work and a cup of joe ready, maybe it's best to politely decline. Your colleague will hopefully understand if he or she respects your time.

Meetings are meant to solve problems and instigate action. When you're ready to meet, think about the ultimate goal you're hoping to achieve. With planning, direction and an established game plan, you'll be able to have a focused and productive meeting.

4. Repeating mistakes. You will at some point make a mistake. So get it out of your head that you can avoid errors. Making mistakes is part of being an entrepreneur. The bad habit is making the same mistake twice.

I like to say, "Ask for forgiveness instead of permission." This creates a risk-taking culture with an understanding about the need to learn from mistakes.

Go ahead and make mistakes, but just don't make them again. Realize what you have learned and then go forth.

5. Using a phone as an alarm. Stop this habit now.

If you put your phone next to your bed with its alarm set, you will probably gaze at your phone for the last hour of the night. That means it might be hard to fall asleep amid the constant interaction and bright light.

In fact, 54 per cent of more than 2,000 adults said they "check their phones while lying in bed: before they go to sleep, after they wake up, even in the middle of the night," in Lookout's "Mobile Mindset Study" conducted by Harris Interactive in 2012.

Using your phone as an alarm prompts you check email. You're scrolling through Twitter. You let your brain to go in six different directions, while gazing at that funny Instagram photo.

It can be difficult to focus. You need to give yourself the freedom to have time to wake up. Establish a healthy morning routine, whether it's exercise, reading or eating breakfast and get an old-fashioned alarm clock.

6. Allowing app notifications. In today's connected world so many things compete for your attention. They're pinging, buzzing, tweeting and startling people nearly every possible second.

The default setting for many apps on phones is to allow push notifications, but you're essentially just opening yourself up to a wealth of distractions. Sometimes it's best to set soundless alerts, with no buzzing or vibrating, or even no alerts at all.

Can you imagine what you could achieve in 60 minutes of uninterrupted time?

7. Being a chameleon. You're willing to be everything to everyone and adapt to please. Ah, yes, you're the people pleaser type. But sometimes, you might go out of your way and are not acting yourself by being so nice and agreeable those times when you feel you must.

Let's say your employee approaches you for feedback on a recent project. You say it's is a good idea even though it isn't. Your inability to give constructive criticism can lead to poor, dishonest judgment and bad decisions.

Being a chameleon won't get you anywhere.

There's always room for improvement. Don't stop innovating and improving. It's the journey, not the destination. Stay hungry and always want to improve.

John T. Meyer is the co-founder and CEO of Lemonly, a visual marketing firm that specializes in infographics and data visualization. Always sweet, never sour, the company has a mission of creating understanding through visuals and telling a story in a unique way. 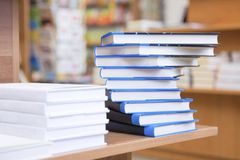 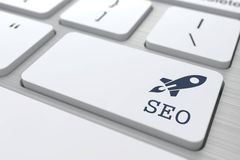 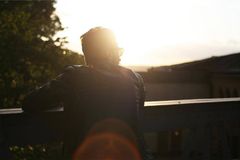 How smart startups survive investor due diligence
May 12, 2018 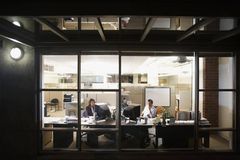 Nine extremely clever startup funding stories
June 5, 2017
Follow us on Twitter @globesmallbiz Opens in a new window
Report an error
Due to technical reasons, we have temporarily removed commenting from our articles. We hope to have this fixed soon. Thank you for your patience. If you are looking to give feedback on our new site, please send it along to feedback@globeandmail.com. If you want to write a letter to the editor, please forward to letters@globeandmail.com.
Comments