Janet Zuccarini is a successful restaurateur in Toronto with big plans. She is the owner of Italian favourites Gusto 101 in King West and Trattoria Nervosa in Yorkville as well as the northern Thai themed Pai in the entertainment district.

The Globe and Mail recently spoke with the entrepreneur about her upcoming projects, including the formation of a restaurant group, a catering service and the expansion of the Gusto brand into the city's east end, the United States and beyond. The interview has been condensed and edited for clarity.

How did you get your start in the restaurant business?

Italian families bring you up working at a very young age. My father brought the first espresso machine into Canada, so as a 12 year-old I would go to his shop and work, and I was selling coffee machines to restaurant owners so I kind of saw the business from that side of being a supplier.

Then I went to university in Italy, I lived in Rome for eight years, and I fell in love with the food and cooking. I'm an entrepreneur at heart, so I married my two passions of food and business.

In your opinion, what makes a successful restaurant?

I think it's important when you're opening up a restaurant that you tell a complete story, that it's authentic from the minute you step into a location, from the signage to the service to the food on the plate to the environment that you're standing in to the music you're listening to to the website, there's this whole story, almost like a movie, it's a complete story that rings as authentic. You have to put your passion into it and deliver on all of those aspects. It's a total package.

You've been in the business for 20 years, and currently own three successful restaurants in Toronto. What made you decide to start a restaurant group now?

I just feel that I have really grown my roots very deep, and I think I've done a deep study to just be better in this business, and building systems and procedures to really operate, not only delivering on good food and this vision, but to really be good operators. This is something that I've been honing for so many years, and this is the hardest business in the world, but right now I feel ready to make this leap and really grow the company. And I love the challenge.

What do you hope to accomplish with the new restaurant group, Gusto 54?

We opened up a catering business now and a commissary kitchen, where we're starting to vertically integrate and produce all of our food in-house, and distribute it to all the restaurants. We are partnering with farmers, moving towards using organic produce in our restaurants and then we have plans to open a Jamaican restaurant called Chubby's Jamaican Kitchen, and we're currently looking for a location close to Gusto 501, which is under construction on the east end of the city.

I've been in Los Angeles for the last three months, and we have a few deals on the table, so we're going to be opening a Gusto in L.A., and we have a Peruvian rotisserie chicken concept that we're also opening up in L.A.

How are you going to get over the challenge of starting a restaurant in a market with more competition, and less name recognition?

I have partnership deal that we're close to finalizing, and it's with an extremely well known James Beard Award winning chef. Being unknown in L.A., I knew I had to partner with somebody that is extremely well known and a high level talent. He's going to be my head chef, and we're also going to be partnering in the Peruvian rotisserie chicken business.

Are you able to reveal the name of the celebrity chef?

That deal, although it's close to being signed, we're in with the lawyers right now, so I don't know if it would be wise to say. He's a famous Peruvian chef, and if I say that anyone in L.A. would know who that is.

Now that you're looking into markets outside of Toronto and forming your own restaurant group, do you plan to continue expanding?

The big push is for L.A. right now, and then we're starting to look at China, India and Dubai. We want to turn this into a global restaurant group.

So this is your first step towards taking over the world?

One pizza at a time.

Your father must be really proud to see how far you've come in this industry.

Unfortunately my father passed away in 2000. He opened a restaurant in 1954, and my parent company is called Gusto 54 in honour of my father. He thought it was such a tough business, working around the clock, and was really upset that I was venturing into this business. It was upsetting to him that I didn't stay in the espresso and coffee business, which my sister runs now, but I know he's on the other side, and he's got a big smile. I feel like I've been successful, and I think he'd be proud.

How successful people work less and get more done
May 29, 2015 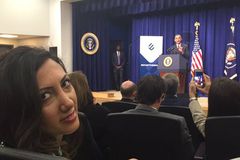 It's not about the money for condo developer brothers
April 16, 2015 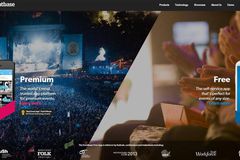