Information technology developer Leonard Adams has never been one to do things in half-measures.

So when he took up cycling last July, he bought not one but four bikes made by one of the most prestigious bicycle manufacturers in the world.

The Pinarello-brand bicycles, a favourite of professional cyclists and those with an eye for Italian style, cost Mr. Adams more than $20,000 each – an outlay that he says has transformed his life.

The once-stocky co-founder and managing partner of King City, Ont.-based Direct IT Corp. has lost 22 kilos (48 pounds) from his 1.8-meter (5 feet 10 inches) frame and doubled his strength in just nine months.

He has registered to compete in six long-distance races over the coming cycling season, starting next month. They include the annual 128-kilometre CEO Challenge with Tour de France legend George Hincapie in Greenville, S.C., and a 171-km. loop through some of the steepest terrain in the Italian Alps.

"I love what cycling does for my shape, and I love what it does to my mind. I'm much happier, I have much greater self-esteem, it's very empowering," said Mr. Adams, 53.

"The bikes are absolutely incredible machines," he added. "They are works of art as well, and I feel very connected to them."

Cycling is not Mr. Adams's first passion on two wheels.

An accountant by trade, he shepherded his first company, the business accounting software firm Longview Solutions Inc., toward annual sales of $40-million.

Mr. Adams put some of his earnings from that company into riding high-performance motorcycles. Although he focused on group track riding rather than racing, he spent about $300,000 over seven years to purchase 25 motorcycles.

Mr. Adams left Longview in 2003 and helped to establish Direct IT three years later. Direct IT, which designs software to help municipalities manage and maintain infrastructure, has grown steadily since. Sales totalled $1.1-million last year, and Mr. Adams said he expects they will nearly double this year.

He said that he enjoyed the speed of his high-performance motorcycles and that the sport helped him fulfill what he sees as the entrepreneur's need "to drive toward some goal that's hard to achieve."

But even as his business grew, his interest in motorcycles waned. He stopped track riding in 2010, after witnessing two nearly fatal accidents.

"There were a lot of diminishing returns," he said. "As you go faster, your margin of error becomes very small and so I said, I still have all my bones intact; maybe I should look for something else."

Seeking a way to enjoy motorcycles without risking his life, Mr. Adams set off with a friend last summer to ride the Silk Road on a new BMW motorcycle.

In Kazakhstan, they encountered several cyclists making the same trip, and Mr. Adams realized he had found a new passion.

When a new model, the Dogma 2, was released three weeks later, he purchased that one as well. Over the next five months, he bought a Pinarello Graal model designed for time trials and a Pinarello Dogma 2 EPS, which features electronic gear-shifting.

Mr. Adams said he was drawn to the Pinarello brand for its good looks, innovative design and reputation among professional cyclists as one of the best-built bikes in the world. Pinarello frames are built asymmetrically, to compensate for the fact that a bicycle is normally heavier on the side where its gears are mounted.

The brand is also known for its curvy, Porsche-like lines, and for the stiffness of its frame, which Mr. Adams said makes the bikes go faster.

"It just feels like you are one with your machine, so very quickly you appreciate the quality of the frame," he said.

"It's also much better-looking than any other bike out there. So it's kind of like the male car thing. You enjoy the way it looks, you enjoy washing it everyday, and you enjoy showing it off."

As well as purchasing the best bikes, Mr. Adams decided he wanted to work with the best coaches possible.

He hired cycling coach Tim Cusick and his partner, Hunter Allen, one of the world's top experts in using specialized power meters to train endurance athletes, to set up a training regimen. And he asked nutritionist and Canadian professional bike racer Anne Guzman for a special performance nutrition diet to help him lose weight and build strength. Mr. Adams trains 12 to 16 hours a week, and has attended three week-long training camps since July.

Mr. Adams said each of his four bicycles serves its own purpose.

He uses the first one he purchased for everyday training. The gears on his second purchase, the Dogma 2, have larger teeth, which allow for higher speeds on flat terrain, so he uses it for racing.

The Dogma 2 EPS is about 500 grams lighter and features gears with smaller teeth that make it easier to climb hills, so he uses that one for climbing. The Graal is specially designed to allow him to sit in the most aerodynamic position possible, which allows for extra speed while doing time trials.

He has kept just two of the motorcycles he once owned.

Although Mr. Adams does not know how long he will stick with cycling, he said that, for the moment at least, he prefers bicycles to motorcycles. 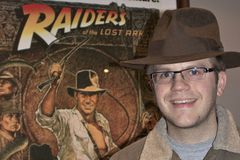 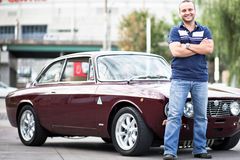 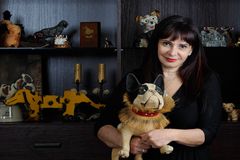 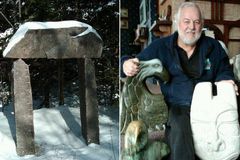