The first, and probably most important, is profit. The second reason centres on strengthening your team. By expanding through franchising, franchisors are utilizing the skills, entrepreneurial talents, and, dare I say, the sweat equity of franchisees, who are prepared to work harder than employees with no financial stake in the business. And the third is expansion.

Franchisees, on the other hand, are looking to buy franchised businesses for three different reasons. First, because of the know-how they hope to glean from the Franchisor's training program. Second, for the benefits of being associated with the Franchisor's "brand" and trademark. And third, from the volume purchasing discounts that can come from being part of a larger buying group that the franchisor has hopefully created.

Eager franchisees can come from far and wide, and I often find myself surprised at the directions in which franchisors choose to expand: many will end up going halfway around the world before looking to a neighbouring province.

Twenty years ago I was at a seminar where one of Canada's leading franchise lawyers spoke about the trials and tribulations of international franchising. "Why do many franchisors in Canada expand to, say, far away countries like Argentina before they go to B.C. or even the U.S.?" he asked the audience rhetorically . "Because" he said, paraphrasing a dozen of his clients who related their reasons to him, "I got a phone call from someone in Argentina wanting to buy a franchise, and I like to sell franchises"

These long distance requests have their dangers, but also have the potential to be profitable if handled the right way.

The idea of franchising your brand and business model internationally is exciting, especially if it's to a country that doesn't have franchise disclosure laws like parts of Canada or the U.S. The thought of not having to worry about the intricacies of disclosure laws and compliance costs is appealing.

But legally, it's also dangerous, and very expensive (if not impossible) to enforce your agreement if things go wrong, especially if the agreement you've made hasn't been adapted to deal with the laws of the franchisee's country. You face the danger of finding yourself in a situation where it's difficult to get control of your franchise back.

If your trademark isn't registered in your name in the target country, then your prospective franchisee might claim it there before you do, putting you in a difficult negotiating position. You may come to find you've lost your brand in that country.

And what about providing logistical and business support to a franchisee who is a 9-hour flight away?

Still, there is opportunity where there is risk. I'm writing from Istanbul, a thriving, modern city half a world away, straddling Europe and Asia with a population of close to 17 million. In 1980, Turkey's exports totalled $3 billion. In 2008, the country's exports were $132 billion. Turkey doesn't have the systemic debt issues that have plagued Greece and other EU nations, and if a call came to me to expand my brand to this country, the risk would look worthwhile.

Next week, I'll look at structuring a franchise agreement for a foreign franchisee. 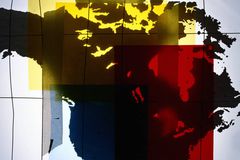 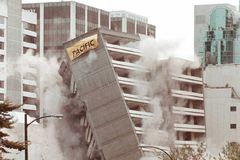 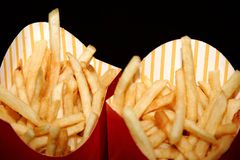