With beach loungers replacing conference chairs, and the lush Hawaiian landscape acting as the backdrop to the boardroom, it doesn't take long to realize this is not your average corporate convention.

The fifth annual Mai Tai Kite Camp is a gathering of entrepreneurs, athletes and venture capitalists who meet in Maui to share their love of kite surfing, technology and start-up businesses. For tech entrepreneurs, kite surfing is the new golf. The sport involves a board, a kite, and a 75-foot-long tether. It's a wind-powered ride that continues to attract a lot of adrenalin junkies from within the tech community.

Here's where the golf analogy comes in: it's also become a popular new playing field for entrepreneurs looking to share ideas and build professional relationships.

The five-day Mai Tai kiting and networking event, founded by pro kite surfer Susi Mai, and Bill Tai, a venture capitalist at Charles Rivers Ventures, attracted 150 participants this year and runs from May 18 to 21. Morning sessions, which start on Wednesday, will feature demos from start-up founders such as Trip Adler of Scribd (92 million monthly users), and fundraising lessons from Tim Hickman, who was lucky enough to secure funding for his business at MaiTai in 2009.

Kite surfing and start-ups have more in common than meets the eye. It's only natural for entrepreneurs to fall for the sport.

Kite surfing requires a love of adrenalin, the ability to make quick decisions under pressure, and the confidence to face challenging obstacles (even if they're moving at 25-plus knots). Launching a company in similarly turbulent waters can be a hurdle, but that determination to succeed, to try new things and to overcome any obstacles is what will ultimately make my business, and my kite surfing skills, a success.

At breakfast I could wind up sitting next to Kevin Hartz, founder of Eventbrite, or Sizhao Yang, co-creator of Farmville, the wildly successful Facebook game, and I will wonder how exactly I got here.

I first read about the invite-only event on a kiting trip over Christmas holidays in La Ventana, Mexico. I began kite surfing in Maui, after leaving Bain & Co. in Toronto as a management consultant. I subsequently founded a mortgage-rate comparison website in the tech space. When I came across Mai Tai, I wondered: how could an event that combines my three greatest passions — kite surfing, start-ups and Maui — really exist?

After returning to Toronto from Mexico, some research led me to a shared connection, an old kite-surfing instructor of mine who is also a featured instructor at the Mai Tai event. As luck would have it, she was able to put me directly in touch with co-founder Mr. Tai. And the rest is history.

I flew into Maui early to work out the kinks in my riding. I could instantly feel the energy building in the surf town of Paia, where I would be practicing. Conversations shift seamlessly between kiting conquests and entrepreneurial success stories.

Over fresh ahi tuna at a BBQ Sunday night, I talked to James Lindenbaum, who co-founded his sixth company, Heroku, which was recently sold to SalesForce.com to the tune of $212 million (U.S.). As I talked about my company's future, Mr. Lindenbaum flipped me his card and told me to pick up the phone any time I have a question.

This isn't your average convention. It's the experience of a lifetime.

Alyssa Richard is the founder of RateHub.ca , a comparison website for Canada mortgage rates. RateHub.ca was launched in September, 2010, and it is dedicated to establishing itself as an essential resource for first-time home buyers. 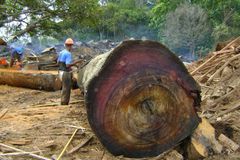 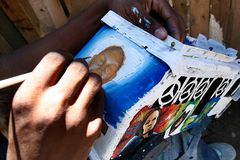 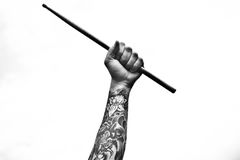 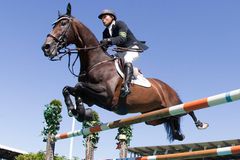