Autom River Inc. is one of the five semi-finalists in The Globe and Mail's Small Business Challenge Contest. (Check out the other four here and vote for your favourite.) The 2016 contest drew more than 3,400 entries, and a panel of judges selected the semi-finalists. The winner of the $100,000 business grant – and a suite of secondary prizes – will be announced in September.

Gross can be good sometimes, especially when it leads to a great business idea. Morgan Wyatt, chief executive officer of Toronto-based Autom River Inc., remembers how he and his brother Jackson were often grossed out by the organic waste bin in their previous home in Oakville, Ont.

"The plastic liner always leaked, and the bucket itself would get really wet and slimy," says Mr. Wyatt. "I have a PhD in chemical biology, so I started to do some investigation to create a paper-based product that's leak-proof."

Armed with piles of research, the Wyatt brothers went on to develop the Greenlid – a composting bin made from the same type of cardboard used in most egg cartons. Greenlid is leak-proof and breaks down entirely into compost.

Designed to hold up to four litres of organic waste, the Greenlid comes with a reusable plastic lid, plus a cardboard lid to seal the container before it's put out for the garbage man. The bin is also reusable, says Mr. Wyatt, although it's a good idea to replace it with a fresh one when it starts to get really gross inside.

"Those so-called compostable plastic bags still leave bits of plastic behind, and that stays around for years," says Mr. Wyatt, who co-founded Autom River – the company behind Greenlid – two-and-a-half years ago, with his brother as business partner. "By comparison, our product is all bio-based and completely compostable."

The brothers knew they had a great idea but needed money to turn it into an actual product. In February of 2014 they launched a Kickstarter campaign and raised $26,000 from 380 backers.

Shortly after, they auditioned and appeared on Dragons' Den. Their on-air pitch landed them an $85,000 deal with David Chilton and Arlene Dickinson.

"That was the money that allowed us to purchase moulds for a Canadian manufacturing facility and got us on the way to producing our product," says Mr. Wyatt. "Our first production run was in the fall of 2014."

Greenlid hit the shelves at national retailer Home Hardware in November of 2014. Today, the product is carried by a range of national, regional and independent retailers, including Sobeys, Canadian Tire, Sears and Whole Foods. "We're also in a lot of natural food stores across the country," Mr. Wyatt says.

The Greenlid comes in two packages – a five-bin starter pack that retails for $9.99 and a refill pack, without the green plastic lid, for $5.99. Mr. Wyatt says the product enjoys a 90-per-cent repurchase rate.

But customers and retailers have been asking for a larger, "family-sized" format, he says. He and his brother now want to produce an eight-litre bin, which will require an $85,000 investment for new moulds.

"As a result of this investment, we expect our revenue to increase to between $2-million and $2.5-million in the new product's first year," says Mr. Wyatt, noting that Autom River brings in about $1-million in annual revenue. "This will open up opportunities with more retailers and also lead to commercial uses for the product, such as in office kitchenettes." 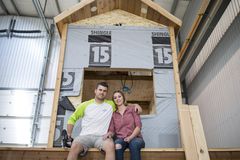 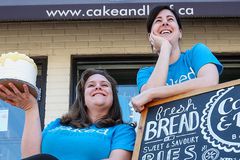 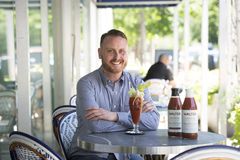 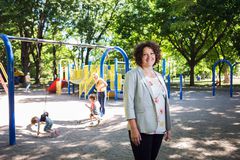