What the company does: Retail and wholesale butcher

Tenderloin Meat & Sausage president Walter Klopick never intended to open a butcher shop. After the entrepreneur sold his first business – a grocery store where he was the butcher, in 1978 – he worked as a meat manager for the Safeway grocery chain and then as a general contractor.

In 1985, he bought a building in north Winnipeg that used to house a kosher butcher, intending to become a landlord. He renovated the space, planning to rent to another butcher and collect a monthly income. However, a prospective tenant backed out at the last minute, and so, rather than look for another suitable one, he decided to open a butcher shop and meat wholesale business himself.

Tenderloin sells a variety of meats, with 40 per cent of business coming from wholesaling to 40 grocery stores in Manitoba, and the rest to retail customers. The shop sees a steady stream of traffic – up to 300 customers a day. Over the years, he learned how to make a mean kolbassa – a spicy Polish sausage – which has become his biggest seller, accounting for 25 per cent of annual revenues. "We make close to 2,000 pounds of sausages a day," Mr. Klopick says.

Mr. Klopick brought his two sons, Christian and Zenon, in to run the day-to-day operations in 2005. They each own 25 per cent of the business now, and he wants them to have modern equipment and expanded and renovated space to keep the place running smoothly for years to come.

Mr. Klopick's business has grown at a steady rate over the years, with revenue up by about 15 per cent every year for the last 15 years, he says. He's expanded his current space twice since 1985, and is now housed in a 3,500-square-foot building. About 1,300 square feet of that is retail space, and the rest is the production area, where he prepares the meats for both his retail and wholesale business.

With the business continuing to grow, the space is no longer big enough, he says, and "visions of renovations and new equipment dance in our heads," he wrote in his application. "This family business is doing very well, but how much can we do if we expand?"

Mr. Klopick says more space is needed in back and in front. Some sprucing up is necessary, too – in the current retail space, the paint is fading, the lighting isn't strong enough, and it's too small – "everything needs a fix," he says.

He also needs new equipment, such as a large walk-in cooler, a new meat slicer and a new pickle pump injector, a machine that injects flavours into ham before it's smoked.

He thinks he could double gross sales with an expansion and upgrade, which would also mean adding another delivery person and truck to the one he already has. "The retail portion of our business will explode with the increased floor space and whole new look," he enthused in his application.

To do it all, he estimates costs of about $300,000. "All this trouble for a garlic sausage ring? Yes!" he wrote in the application.

What it would do with the money:

If he won the grant, he'd quickly start spending on the expansion and renovation plan. "That $100,000 would get us started," he says. "And everything we've dreamed about would finally happen."

What the judges say:

"It felt genuine. You can feel the passion for his company, and I want to support entrepreneurs that love to do business. We did wonder if expansion was the best use of his money – if his kolbassa is that good, then it might be better to market it across North America – but we still thought the money could have a big impact on his business."

"That passion came across really well, and they really articulated how they wanted to spend their prize money. I also like that there's a retail and wholesale component. They recognize, and I agree, that they can grow on both fronts." 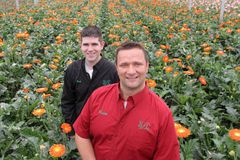 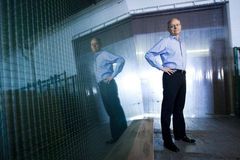 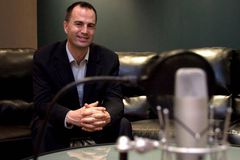