Kurt Goodjohn is building his business one house at a time. Mr. Goodjohn and his brother Kris co-founded Karoleena Inc., a designer and manufacturer of premium modular prefabricated homes and cottages, in 2006.

Mr. Goodjohn likens the components that make up Karoleena's modernist, energy-efficient houses to big Lego blocks. "We design all of our homes using our 'Lego' blocks, and then they're pieced together onsite," he says.

Karoleena, which was originally based in Calgary, where the Goodjohns started out building more conventional houses, can complete most of its homes within six months after the design is approved. Besides speed, another advantage of building in their 35,000-square-foot plant in Okanagan Falls, B.C., is better quality control, says Mr. Goodjohn, who is Karoleena's chief marketing officer. (Kris Goodjohn is chief product officer, and James Rosowsky is chief executive officer.) 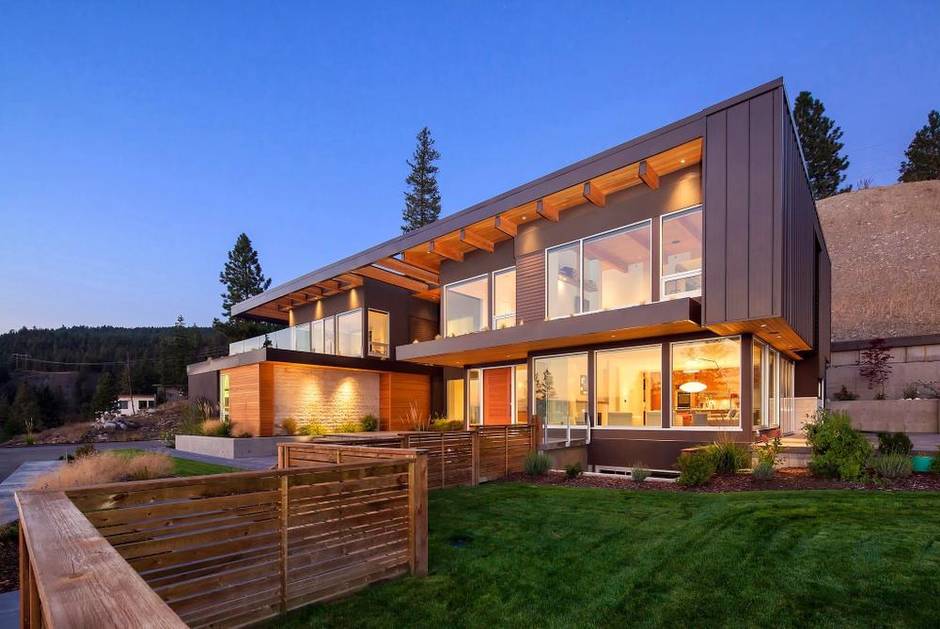 Homes are 80 per cent to 90 per cent finished when they ship from the plant, he says. When they get to the site “you have some finishing to do – a few weeks’ worth, usually.”

The guys behind Karoleena, which has 24 employees plus subcontractors and mainly serves the Vancouver market, must now determine how best to expand. “Do we want to grow really fast, or do we want to have it be somewhat of a lifestyle[-friendly] type of business?” Mr. Goodjohn asks.

After moving to B.C. in 2013, the company set out to spend three years perfecting its building model. In the first year, Karoleena hit its revenue target of between $3-million and $4-million, Mr. Goodjohn says. It’s on track for upward of $8-million in sales for year two, though reaching that milestone will require some funding, he notes. The third-year goal is between $12-million and $15-million.

Mr. Goodjohn thinks Karoleena’s factory could max out at 20 to 25 homes a year. Reaching that production level would bring in between $20-million and $25-million annually. 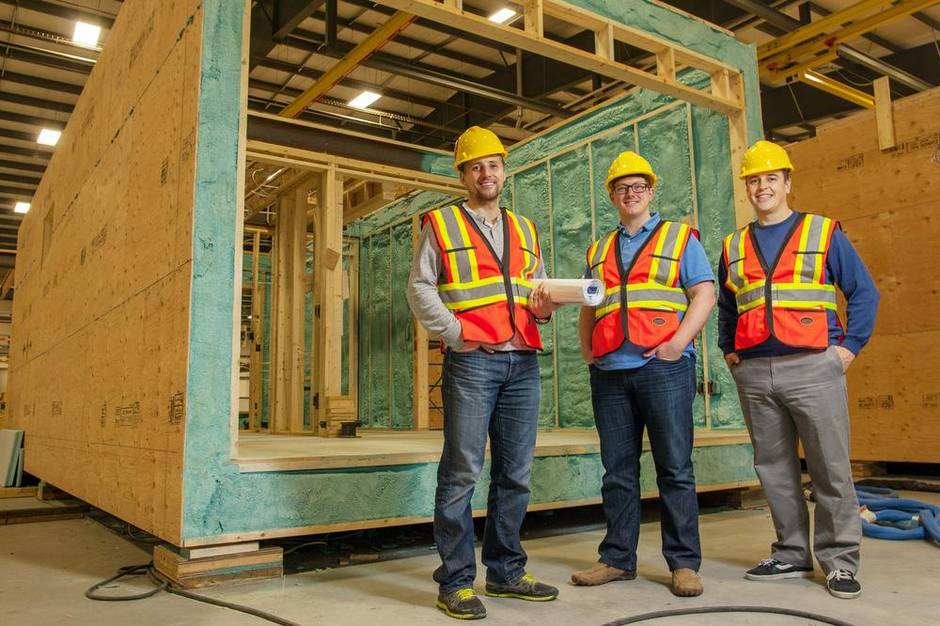 From left, Kris Goodjohn, Kurt Goodjohn and the company's CEO, James Rososwky. (Jeff Bassett for The Globe and Mail)

When it comes to expansion, Karoleena has two choices: “We can just continue doing what we’re doing and grow slowly, and maybe down the road we open another facility,” he says. The second: replicate Karoleena’s plant in four or five Canadian and U.S. markets and grow from there.

“We design all of our homes using our ‘Lego’ blocks, and then they’re pieced together onsite.”
Kurt Goodjohn, chief marketing officer of Karoleena Inc.

“They would serve a 500-kilometre radius or something like that,” Mr. Goodjohn says of the new factories. “There are 20 or 30 markets in North America that we could service out of a replicated facility. That’s our long-term goal.”

Mr. Goodjohn, who believes Karoleena could eventually be a worldwide business, says the second option would call for substantial capital. So far, the company has funded itself through sales, but he points to the success of its biggest rival, Vallejo, Calif.-based Blu Homes, which has raised almost $200-million (U.S.) from investors. 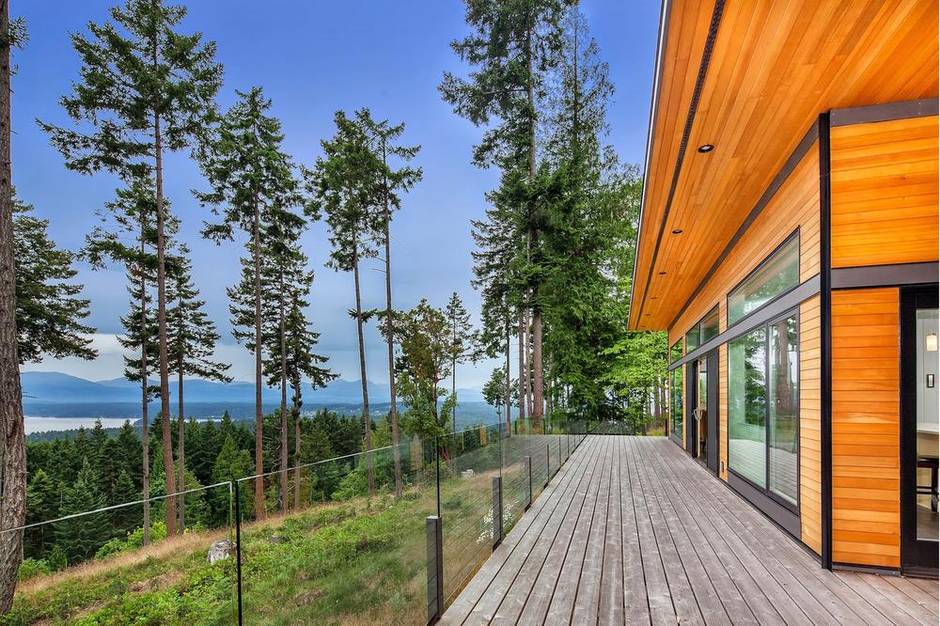 “We need to capitalize the business in order to grow it,” Mr. Goodjohn says. “The real challenge we’re having right now is finding the right investor group that understands our business and can help us grow by financing us.”

The Challenge: How should Karoleena best expand?

There are values that you need to espouse. Every organization has them. If you look at Apple, everyone understands what Apple’s values are: sleek design, efficiency, disruptors to current industry. Maybe Karoleena has them, but they’ve got to figure out what those values are.

You’ve got to figure out your guiding principles. Maybe you’re outsourcing and licensing to others and they’re selling everything for you, so all you are is the brand. But you’ve got to have some principles that talk a little bit about whether that is acceptable. What are we going to tell our employees? What are we going to tell our investors once they come on board?

What’s important is going through the journey and the process. You learn from this, and you get a lot of insight into the organization. Without doing it, you’re at risk of making bad decisions. And then you look back and you go, “Why did we make that decision? That goes against everything that we believe in.” When you take decisions one at a time, separately, it’s really easy to screw it up. When you hinge them to a framework, it’s really hard to make a bad decision.

Even their design and development – geographically, the needs of a house in B.C. are going to be different than in Ontario. So there’s a lot of R&D, a lot of considerations.

The U.S. appears more litigious than Canada. Even the structure and the setup would have to be different. It’s a huge step. A lot of Canadian companies that are way more sophisticated have gone down there and failed miserably.

In regard to searching for capital, if they decide to do that, I definitely think they should hire an agent or an adviser. It’s a full-time job looking for the right capital, and it usually takes the CEO or the CFO’s eye off the business. The agent can vet the opportunities, qualify them, narrow them down and take a lot of that burden off the owner/manager.

For a company that size, I would not go international yet unless they have some proprietary technology nobody else has that would give them a competitive advantage. They’re going to burn through a lot of effort and resources trying to get their product through the standards bodies and building codes of different countries. Whether they’re trying to go to South America or the Middle East or Japan, it’s a huge hurdle.

I would stay as close to the market you know as possible and maybe expand to one U.S. market as a proof point that you can grow your business. If you can, go and seek some financing to see if you can replicate that in multiple points around the U.S.

California might be the best market. There’s high energy costs and more accessibility of green technology, as well as more willingness to buy something novel. Whereas back East, someplace like Ontario today, where it’s minus 40, people are probably pretty happy with bricks-and-mortar.

If you can’t replicate your success in another market that’s far away, then I wouldn’t approach anybody for money. I would simply try to build incrementally.

There are private equity companies that focus on green, on energy efficiency, on housing. You could find a fund like that, but you’d have to convince them you have a technology that is unique, that has a proprietary benefit. But I don’t think you’re going to attract a private equity fund unless you can grow a company very, very large and potentially take it international.

If you can do it yourself and get a second market and a third market and grow organically, you can probably go to traditional bank financing or Export Development Canada for the U.S. and get the capital to build additional facilities as you go market to market.

Settle on a strategic direction, values and guiding principles

Putting these pieces in place will help you make better decisions.

Try replicating your current operation in a single U.S. market before going further.

Consider a variety of fundraising options

If you can’t attract private equity, look at bank or government financing.

Sign up for our weekly newslInterviews have been edited and condensed.