What do these enterprises have in common? They've won bragging rights – and prizes worth $5,000 each – to being the three most promising startups in this year's Small Business Challenge Contest, a national competition sponsored by The Globe and Mail and Telus Corp.

"It's quite an achievement," says Kent Majeau, founder and co-owner of City MiniMix, which supplies small batches of concrete to independent contractors and do-it-yourself home renovators in the Edmonton area, a niche business that Mr. Majeau says doesn't exist anywhere else in North America. "When you're starting up a business there's always some trepidation and you worry if your idea is sound, so getting this recognition is certainly a validation that, yes, our business concept is a promising one."

The most promising startup awards are new to the Challenge contest; they were introduced along with a number of extra prizes to mark the competition's fifth-year anniversary. Each of the three companies named most promising in the contest receives $5,000 worth of advertising and marketing services from Toronto-based Agency59 Response Ltd.

"It will be exciting," says Marc Cooper, vice-president and chief digital officer at Agency59. "The three winners are unique companies with unique products – that gives us a wide range of opportunities to come up with a unique marketing solution for each of them."

The $5,000 package, which is equivalent to about 40 hours of agency services, could include early stage branding work, such as product naming and logo design, or production of a short advertising video. "Our plan is to sit down with each of the companies to find out how we can best help them," Mr. Cooper says.

Suzanne Trusdale, a Challenge contest judge and vice-president of small business solutions at Telus, says innovation was a key criterion in choosing the most promising startups.

"What we were looking for is a really innovative idea, not necessarily a completely baked, long-term business plan," she says. "In addition to helping the winners gain traction in their market, we also want to recognize the important role that startups play in this country."

Canada has a vibrant startup culture with an average of 100,000 new small businesses created each year, according to Industry Canada, which describes startups and new firms as "very important for creating jobs and wealth."

In a 2012 report, Industry Canada pointed to average employment growth between 2003 and 2006 and concluded that high-growth new businesses were responsible for 45 per cent of new jobs. These companies were also significant contributors to innovation in the country because they were more likely than other firms to be highly focused on research and development, the report says.

There's certainly no shortage of innovation among the Challenge contest's most promising startups. Lynda Turner at Fauxmagerie Zengarry experimented with various recipes and fermenting techniques to perfect her vegan cheeses, which are made with raw organic cashews, probiotics and other ingredients, such as coconut oil and fresh herbs.

"They're great for people who can't or don't want to eat dairy but still want to keep cheese as part of their diet," says Ms. Turner, an environmental scientist who used to work for Health Canada.

Fauxmagerie Zengarry, which is based in North Glengarry, about an hour east of Ottawa, sold more than 9,000 cheeses last year through health-food stores in Ontario and Quebec.

"And this year so far we've already sold 15,000," says Ms. Turner, who started her business five years ago and now employs five people, including her husband. "We will probably double last year's sales."

At GoFish Cam, innovative technology hooked more than 560 backers at Kickstarter.com for a total funding pledge of more than $100,000 – about $45,000 more than the company's fundraising target.

"We're offering something really different than the products out there, which aren't designed to sit on the fishing line – and therefore obstruct fishing style – and are usually connected to a lot of wires and cables," says Brandon Austin, who co-founded Toronto-based GoFish Cam with his brother, Ryan. "Our camera is small, easy to use, technologically advanced, and affordable at $169.99 per camera."

GoFish Cam's technology – which marries a high-definition action camera with infrared light for visibility day or night, a locking system to secure the camera to the fishing line, and a mobile app for easy sharing on social media – is scheduled to hit the market early next year.

"Being recognized by the Challenge contest is really going to help, especially now that we're in fundraising mode," says Brandon. "We're planning to go strong with marketing and PR, so we're really excited to have won $5,000 in marketing services."

After seeing his 10-month-old company gain traction over the spring and summer, Mr. Majeau at Spruce Grove, Alta.-based City MiniMix says he's ready to take his company to the next growth stage.

"Our long-term plan is to grow first in Edmonton and then expand beyond Edmonton," he says. "This prize will help us get there." 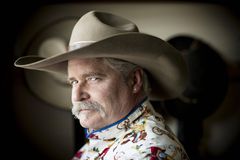 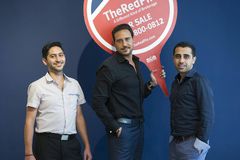 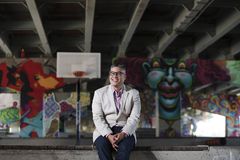 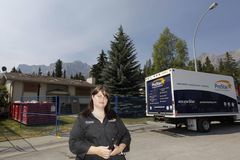