Stathletes Inc. is one of the four semi-finalists in The Globe and Mail's Small Business Challenge Contest. The 2014 contest drew more than 1,000 entries, and a panel of judges selected the semi-finalists. The winner of the $100,000 business grant - and a suite of secondary prizes - will be announced in September.

Most hockey fans measure a game by their favourite team's total goals, assists and – yikes – penalties. For those in the business of buying and selling hockey teams, scouting players and developing the next generation of Wayne Gretzkys and Sidney Crosbys, these metrics provide just a glimpse of all they need to know to make the right decisions.

"All players have strengths and weaknesses, and every team owner and manager has an idea of the player qualities that make their team successful," says Neil Lane, co-founder and CEO of Stathletes Inc., a four-year-old company in St. Catharines, Ont., that provides in-depth statistics on hockey players' performance.

"So if they knew that certain players consistently shoot from certain parts of the ice, or that this player usually needs somebody to pass him the puck for him to get that shot – that's pretty powerful information that can help them build a winning team."

With information gleaned from more than 30,000 data points during a game, Stathletes offers hockey's decision makers rich insight that can help them ensure an optimal mix of talent as well as guide them in training their players.

The idea for the business was conceived when Stathletes co-founder John Chayka started a hockey school and told Mr. Lane he wanted to bring statistics to the sport.

"And I said, 'Okay, let's make it a business,'" recalls Mr. Lane, who is dating Mr. Chayka's sister Meghan, an economics graduate from McMaster University who is also a co-founder of the company. "So we formed a business, and that's how Stathletes started."

Today, Stathletes has more than 40 employees and more than $1-million in annual revenue. Its services, which are used by two National Hockey League organizations, are sold on a subscription basis and are customized to what each customer needs. For example, a team's scouting department might be interested in the performance data of a particular player the organization is thinking of acquiring; Stathletes provides that statistical analysis on demand, Mr. Lane says.

The idea of mining and analyzing statistics in sports isn't new; decision makers in baseball have been "moneyballing" it for years with sophisticated analyses of various data points. But in the hockey industry, data analytics is still a relatively new idea, Mr. Lane says.

"For hockey, there's limited data out there, and it's inconsistent data," he says. "We're the first ones to collect it on our own."

What the company needs

Gathering the data is an arduous process, Mr. Lane says. Stathletes' video analysts watch past games in slow motion and log countless bits of information throughout each game. To make its process more efficient – and perhaps even enhance the quality of its data – Stathletes is looking to develop a camera that it can install at hockey arenas. The camera would be supported by software capable of translating images into meaningful data, Mr. Lane says. Developing this technology will require a $200,000 investment.

"Should we win the Challenge, this is where that money will be going," Mr. Lane says. "And as a result of this investment, we expect to increase sales to as much as $15-million over the next five to 10 years." 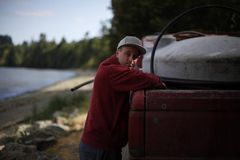 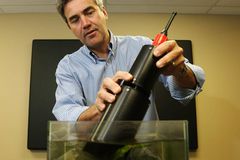