“We went to Orlando and that show was overwhelming,” says Mr. Buchanan, who had conceived the idea of the shoes a year before. “We got minimum orders on all 36 colours.” 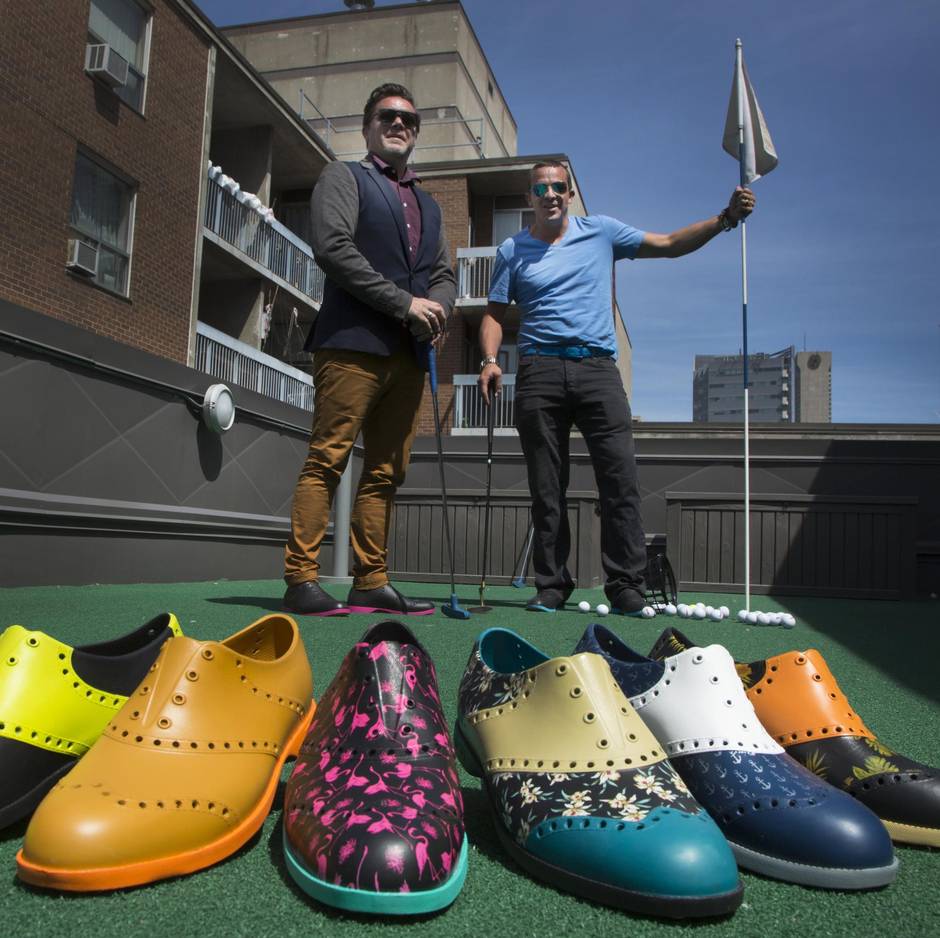 Rick Buchanan, left, is president and chief executive officer of Biion Footwear Inc. Sam Bennett is an angel investor who helped co-found the brand. (Peter Power for The Globe and Mail) For more photos, click here.

Distributors signed up right away from Italy, Spain, Australia, New Zealand, Slovenia and the United States. Soon after, the company was negotiating with interests in Indonesia, Singapore, Russia, Mexico, Costa Rica, Colombia, Japan and Turkey, giving it a presence in 14 foreign markets.

The shoes, which reinvent the classic Oxford brogue in ethylene-vinyl acetate (known as EVA), are manufactured by a Taiwanese company with factories in China, Vietnam and Thailand. Now Mr. Buchanan has the enviable task of wanting to make sure the company, which is based in Collingwood, Ont., does not expand too fast. 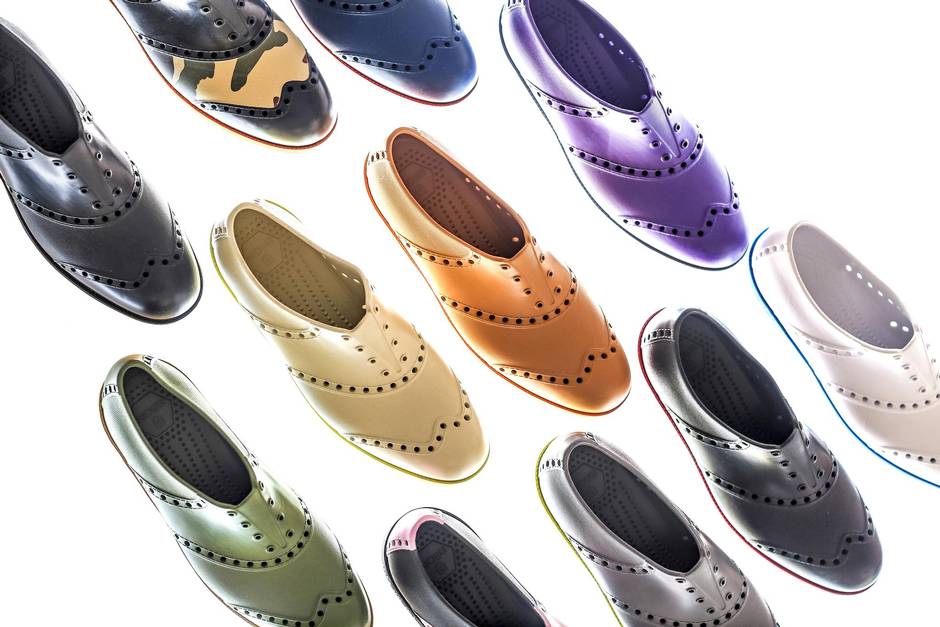 The shoes, which reinvent the classic Oxford brogue in ethylene-vinyl acetate (known as EVA), are manufactured by a Taiwanese company with factories in China, Vietnam and Thailand. (Photo from Biion Footwear Inc.)

“It’s growing very quickly, and globally, which is good for us, but there are some hurdles to get over with growing so fast,” he says.

A couple of the company’s early foreign efforts – specifically those in Spain and Turkey – didn’t go so well, which taught him the importance of finding the right partners before jumping in. High duties and an unfavourable exchange rate have pushed the cost of the shoes in Britain to an unappealing £130 ($247) to £140 a pair (they sell well for $99 in North America), Mr. Buchanan says.

It’s growing very quickly, and globally, which is good for us, but there are some hurdles to get over with growing so fast.
President and chief executive officer Rick Buchanan

Another target market is Germany, but Mr. Buchanan wants to make sure the company has the financial capability to deliver on large volumes that could be ordered. China is also a big untapped market.

Meanwhile, Biion is branching out into the boating and fashion markets, positioning the shoes as versatile enough to be worn from morning to night.

Mr. Buchanan has gone this far using his own money, with help from friends, family and angel investor Sam Bennett. He is considering pursuing venture capital to help with further expansion. 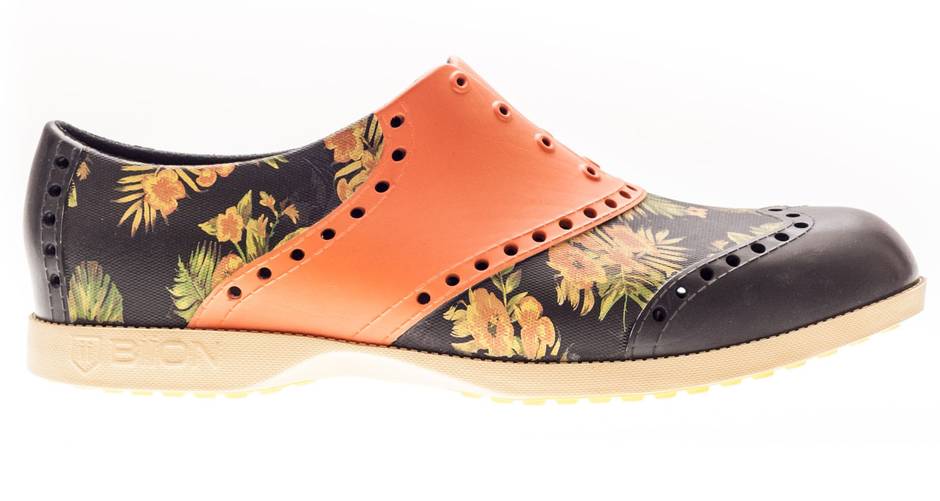 But he doesn’t want to overextend. Before starting Biion, he was a consultant in the fashion business, and he knows well how unpredictable the business can be, having seen good products come and go.

“I know of a bunch of fantastic brands that were out-of-the-gate fantastic,” he says. “But they’re not around any more.”

The Challenge: How can Biion achieve healthy growth in international markets without becoming overextended?

I think Mr. Buchanan is doing a lot of things right. I like the fact that he recognizes the critical importance of having the right partners, realizes the danger of overextending and seems to understand the importance of innovation. All of these things are critical to succeed internationally and not be a flash in the pan.

Investigate programs for sources of support, such as Export Development Canada, the Canadian Trade Commissioner Service and the Ontario Chamber of Commerce.

Find countries to leverage into other markets. Germany, for instance, eventually could be leveraged for other EU countries, Indonesia for ASEAN. At this point I don’t think I would recommend China, because it’s too big and too complex.

As an offshore manufacturer, Biion is totally dependent on foreign producers for product quality and quantity. We assume that the company has taken steps to protect its intellectual property. With products such as this it’s important to control the brand.

There is no ideal rate of expansion that can be calculated, as most expansion is governed by the sell-through rate by the distributors in the foreign markets. On-the-ground market research, knowing your distributor and maintaining constant contact are key factors in overseas selling.

Biion’s cash flow will also affect its rate of sales. As much as possible, the company should reduce or eliminate the time lapse between paying the factories and being paid by distributors. Letters of credit to the factory and from the distributors will need to be balanced. With assistance from its bankers, Biion should be able to leverage financing via back-to-back manufacturer and distributor letters of credit. It should not sell on open account to distributors without insurance from Export Development Canada on foreign receivables.

If Biion is lacking sufficient equity to finance growth, it should look for an angel investor who is knowledgeable about exporting in the clothing/footwear business to build up the equity needed to leverage greater sales.

Les Mandelbaum, president and CEO of Umbra, designer and manufacturer of kitchenware and home accessories, Toronto

Typically, new companies want to take advantage of opportunities and they want to do it all right away. My advice is to choose which markets you want to grow into first and to grow more slowly. The thing is to figure out a simple and sustainable business model.

We went international very fast and we got a lot of business, but then we had to take it all apart. We did what everybody seems to do when they enter foreign markets and started appointing distributors. It’s a simple way to get in to markets, but we are now trying to undo most of these distributor arrangements. Quite often distributors take the product as their own and the market as their own, and are not always in line with your marketing goals. We’ve had distributors who have brought in competitive products, distributors with financial problems, everything you could think about that could go wrong with distributors.

If I were to do it all over again I would find the best retailers in the best markets and work out direct deals from the beginning. Biion may have to forgo some of the smaller markets or smaller stores, but it’s a more efficient way and gets its products to market at the right price.

Make use of Export Development Canada and other helpful programs.

Lags between paying the factories and being paid by distributors can affect your rate of sales.

You might regret signing up with distributors who don’t have your best interests at heart.