Tim Sherstyuk is trying to lend a little attitude to his invention. He's even wearing Ray-Ban-style sunglasses, shades of the Energizer Bunny.

In the short promotional video, Mr. Sherstyuk is plugging Battery Box, an external battery that will give additional life to laptops and smartphones. The 21-year-old hopes to propel his company, Gbatteries, into a Silicon Valley success.

In February of last year, when The Globe and Mail profiled Gbatteries for its Small Business Challenge column, Mr. Sherstyuk and his electrical-engineering father Nick were making inroads from Ottawa to California, pitching the company's technology to electronics manufacturers.

Using a special circuit board, the two have developed a way to make rechargeable lithium-ion batteries – the ones used in most portable electronic devices – last 10 to 40 per cent longer between charges.

Yet the Sherstyuks found that improved battery life, and thus a longer product life for electronic devices, isn't high on the list of priorities for electronics manufacturers. These companies are also resistant to changes in the technology that controls battery function.

"Whenever a company starts modifying anything to do with batteries, everyone gets a little cautious. In the back of their heads, they imagine battery fires and things blowing up. The press kinda loves that," Mr. Sherstyuk said.

So for now, the company is instead pushing its standalone product, Battery Box. The main selling points, Mr. Sherstyuk said, are its compact size – the turqouise-coloured box resembles a pack of cigarettes – and the fact that the lithium-ion batteries it works with are ubiquitous.

"This is the fastest way for us to get our technology out in the market, rather than licensing it [with other manufacturers]. Which we're working on, but these things take a really long time," he said.

His company is talking with large manufacturers, Mr. Sherstyuk added, and he believes that supplying them and licencing could one day become Gbatteries' main business. He couldn't name the manufacturers he is talking to given confidentiality agreements.

Investors have already signed up, though. Gbatteries received a seven-figure round of funding, enabling Mr. Sherstyuk – who dropped out of studying chemistry at Carleton University in Ottawa – to divide his time between Ottawa and a little office in Mountain View, Calif.

More recently, the entire company of six – four engineers plus Mr. Sherstyuk and his father – was back in Ottawa, developing the technology further and focusing on the December launch of Battery Box.

The plan is to move the company to California this year. They originally opened the office there to participate in a seed-funding program operated by Y Combinator, which provides a small amount of funding and mentoring, in exchange for a small percentage in each company it helps.

Typically the companies chosen by Y Combinator for its its three-month, twice yearly program are entrepreneurs representing an idea. Y Combinator gives them seed money, currently set at $120,000.

Learning to pitch effectively to investors is a major part of the program, culminating in Demo Day, occurring around 10 weeks into the program, in which the entrepreneurs try to entice investors and tech companies with their inventions.

"That's what really helped us raise our [funding] round, because we already had access to all these great investors. There was still a lot of knocking on doors and running around," Mr. Sherstyuk said. "Raising money is quite hectic."

Getting into the seed-funding program "definitely made a huge difference. I mean, I'm pretty persistent, so I think we would have probably gotten something. But yeah, they were very helpful."

But which came first for him – the battery-technology idea or the drive to be an entrepreneur? Mr. Sherstyuk didn't seem sure how to answer that. His father is an engineering entrepreneur who relocated his family from Ukraine. His family owned a business there.

"I grew up around this kind of stuff, around technology, and bits of circuit boards and wires lying around everywhere. So, I've always kind of liked the idea of starting my own thing and working on that," he said. "It's just kind of the culture inside of my family." 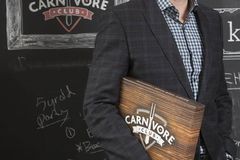 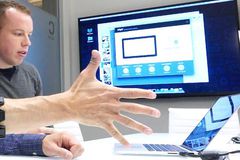 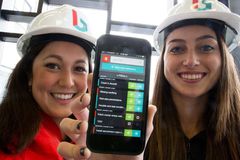 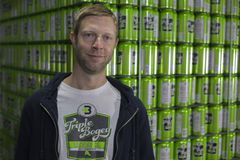 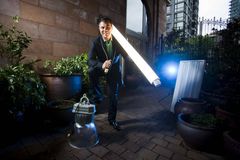