If cash were your business, you might feel rattled by all the virtual ways to pay these days – from the Interac Flash/CIBC Visa that doubles as a Tim Hortons card to wireless credit card terminals, with more to come. But as far as Justin Davies, founder and president of JD ATM Inc., is concerned, people will always be looking for cash.

For 10 years, his one-person company, with occasional part-time help, has been installing and maintaining automated teller machines in Toronto-area bars, convenience stores and ice cream shops as well as at festivals, farmers' markets and other places where vendors prefer cash. Despite a dip in the need for cash by as much as 40 per cent in some locations after a business owner installs Interac – providing a way for customers to pay via debit – Mr. Davies remains optimistic.

"Cash is more resilient than most people think," he says. "In terms of the health of my industry, I think it's taken the hit it's going to take. My cash requirements remain very consistent in terms of what I have to put in those machines on a weekly basis. I'm not seeing that much of a decline."

His clients are usually small local businesses – "the cool hip bar in the neighbourhood that just opened up" – rather than corporate-run bars and restaurants.

"We were never going to put a machine in Tim Hortons," Mr. Davies says. "They can do new technology all they want. It's not going to affect what I have in a bar that remains cash-only."

Mr. Davies says his machines do especially well if the business owner encourages the use of cash. He sees it as good for the businesses he serves because using cash speeds up lines, plus the business saves the fees that debit and credit cards charge.

Mr. Davies negotiates to split the per-transaction surcharge with the business owner – he makes an average of $600 monthly from a busy machine. The surcharge varies and is typically $1.50 a transaction in a neighbourhood store but $3 in a nightclub. Mr. Davies' company has between 50 to 60 ATM machines installed, and its annual revenue was about $150,000 last year.

Mr. Davies is thinking about adding screens to carry promotions, printing coupons on the back of cash receipts and even wrapping his machines in advertising the way they do with buses.

"I'd really like to see what my next steps could be," he says. "And to find investors interested in the company."

The Challenge: How do you grow a cash business when the use of cash is declining?

It's naive for him to think he has hit the bottom of the curve. His 40-per-cent drop in some locations isn't quite the bottom of the trough yet. The rumour is that the next version of the Apple iPhone will have the ability to pay at point of sale. That's where the industry is going – using your mobile phone to pay.

The best bet for him is to expand on festivals, auctions, farmers' markets and flea markets, particularly in rural locations. A lot of these people have weekly events so you know these places will be busy on weekends and that they'll need some cash. If his machines are there, that would help. There's less need in an urban area, although hipster restaurants such as the Burger's Priest on Yonge Street may be good. Their whole thing is cash only – and they certainly have an ATM in there. But even there, if I walk out and go three doors to the right, there's a TD Bank, which is my bank. So why would I pay an additional surcharge?

His ideas for expanding with promotions aren't bad, as long as the advertising or coupons are specific to the location. It adds a little something for the people using that ATM. But he'd have to think about the capital cost of adding these things to the kiosk.

Attracting investors to this market would be difficult. If he has any proprietary patents or software that he's using in his ATMs, that could be used somewhere else or sold to a manufacturer of ATMs.

If he's going to scale the business and attract investors, he has to squeeze every penny until the Queen screams. In technical terms, we call that a cost leadership strategy. He's got to examine everything from procurement to how he stores the machines and gets them into place until he finds the most operationally efficient way possible.

He's also got to consider hiring people full time. He needs people he can trust to do the negotiations. What he could do is find young people with university degrees in business, train them and pay them a base salary plus commission to sell. Depending on how well they do, he could gradually give them some ownership in the firm so they grow it together. You want people who have the long-term good of the company in their heads as well as getting a good commission on sales, so that's why you give them a little bit of ownership.

If he doesn't have the skill set to delegate and lead people, then he should stay small at $150,000 a year and do what he's doing. Adding advertising with the digital screens and coupons sounds relatively inexpensive, and he may be able to get some revenue out of it, but I don't think that would be a major source of revenue. When I get money out of an ATM, I'm more likely to crumple the receipt and put in in my pocket right away. His major source of revenue has got to be what he's good at, which is installing the machines and negotiating the percentage for the machine being in someone's business.

I'm not optimistic that Justin Davies is going to find a way to grow JD ATM because I think it's going to be hard to make the company's value proposition more compelling to the end customer. I like that he's aligning his goals with those of his immediate customer, the business owner, but there's a disconnect with the end customer. Although cash will always be around – at least in the short term – ATMs are pretty ubiquitous. A key success factor will be identifying venues where people need cash more quickly than it takes to get to a bank ATM, and those will get harder to find. Unless there are lots of people in this situation – a good-sized target market – the volume of sales will stay low.

Another concern is that alternatives to cash are increasing as innovations in the "digital wallet" space are taking off. Even now, you can tap a credit card faster than you can pay with cash and these innovations can offer new benefits to small business owners. For example, the mobile point-of-sale app Square has entered Canada and can provide merchants with data about the buying behaviour of their customers.

How can this startup compete with resources like Khan Academy?
August 27, 2014 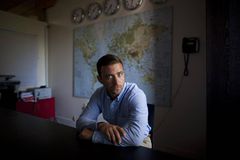 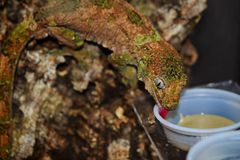 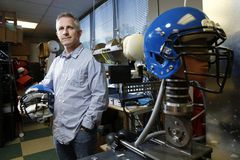