There's nothing like a steaming hot kangaroo meat pie served with mushy peas, mashed potatoes and gravy after a day of skiing or mountain biking. That was the idea when business and life partners Kerri Jones and Alex Relf opened the doors to Peaked Pies, their restaurant in B.C.'s Whistler village, in July of 2013.

A native of Newcastle, Australia, Ms. Jones, 35, came to Whistler to pursue her love of snowboarding but quickly found another in Mr. Relf, 28. After working in the town's hospitality industry for a few years, they launched their Aussie meat-pie shop.

In Australia, the pies are as ubiquitous as Starbucks – "they're on every street corner," Mr. Relf says – but in North America customers' knowledge of pie culture is somewhat muted.

That's why the couple decided to hire a large contingent of Australians, New Zealanders and Britons among their staff of about 20 full- and part-time workers, as all three countries have long embraced pastry-encrusted meat.

But the constant cycle of hiring, training and rehiring has become a challenge for the pair, as many temporary workers in Whistler are on two-year visas, the standard working holiday visa.

"A lot of the time they are only coming for the winter season, so they arrive in October or November and off they go in April, and that was their plan the whole time," Ms. Jones says. "So every summer and every winter it's hiring pretty much a whole new team."

To help retain staff, Peaked Pies offers what Mr. Relf calls a higher-than-minimum wage and pays for provincial health care. It also offers season ski passes for employees who stay more than a year. But for a company with annual revenue of between $750,000 and $1-million, keeping pace with the benefits paid by the Whistler Blackcomb resort itself or the Fairmont or Four Seasons hotels, where Mr. Relf used to work, is difficult.

Employees stay an average of four months, Ms. Jones estimates, meaning the pair spend more time than they would like on hiring and training, and less on building their business. They are, however, planning to open another Peaked Pies location in downtown Vancouver in September.

Training an employee takes about three weeks, the owners say; their goal is for each staff member to be able to bake the pies, make and serve coffee drinks and talk to customers about the food. "That does not account for the ones that are going to take a little longer to train, so that gets extended to a month and a half or even two months," Ms. Jones says. "And then they disappear."

The Challenge: How can Peaked Pies build its business without relying so much on short-term workers?

If you want more time to build your business, you might find someone whose role it's going to be to take on training – a more permanent staff member, perhaps. Or you could have training videos and manuals that provide a very defined onboarding process so you can get them up to speed quickly.

One thing for Peaked Pies to consider is whether they have looked outside their given demographic profile. They might instead go after phased retirees, people who travel for part of the year but when they're home in and around Whistler they are looking for opportunities to make a little bit of money, to have interactions with people and that type of thing. In tourism in general, 35 per cent of all employees are between the ages of 18 and 34, which is a much larger group of folks than in the overall economy.

If you get the right people through the door, do whatever you can do to hold on to them. We try to provide the best staff parties and a family environment where employees enjoy not only coming to work but also enjoy coming here when they're not working. They have a meal and we provide a discount.

Most of our long-term employees are Canadian. We are first of all looking to hire local, and then we go from there, so we can provide longer-term things like benefits. We have close to 100 staff between our three restaurants, so we need to fill them in with the transients, with the people who are only going to be here for a short time.

THREE THINGS THE COMPANY COULD DO RIGHT NOW

Speed up the onboarding process

Use training manuals or videos or a defined trainer to get employees up to speed as quickly and seamlessly as possible.

Consider a different type of worker

Expand the target demographic to retirees to reap some rewards.

Retain the most talented

Offer additional perks and an atmosphere of belonging to your workers.

Correction: A previous version of this story incorrectly said Whistler is in the Rockies. In fact, it is in the Coast Mountains. 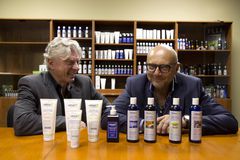 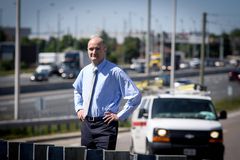 Hunt for IPO-worthy startups harder than it looks
July 6, 2016 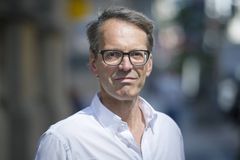 Millennial blacksmith is drawn to the forge: 'It's primal, man'
June 15, 2016
Builder's tiny houses caught in a mortgage quagmire
May 4, 2016
Follow Paul Attfield on Twitter @paulattfield
Report an error Editorial code of conduct