Business is blooming at Rosa Flora, a cut-flower grower in Dunnville, Ont., just west of the Niagara region. After seeing a spike in demand for certain product lines, the 37-year-old company is adding more flowers – snapdragons and lisianthus – and setting up its revamped website with online ordering.

“We’re pretty excited,” says Joshua Bulk, who owns Rosa Flora together with his sister and brother-in-law, Arielle and Ralph DeBoer. “Our customers are excited too, to see what’s been happening with us.”

Just over a year ago, Rosa Flora was, literally, a charred mess of a company, with about 600,000 square feet worth of office, warehouse and greenhouse spaces and inventory razed by a fire that shocked the community and the industry.

Gerbera daisies in hand, Erica Deboer fills out a flower order in the new Rosa Flora greenhouse cooler room. (Glenn Lowson for The Globe and Mail)

The company lost tens of millions of dollars in hard assets on the night of the fire, and it continued to bleed in the following months as a number of customers – sympathetic as they were – turned to other suppliers for products that Rosa Flora was unable to deliver for a while.

“We have had a challenging year, that’s for sure,” Mr. Bulk says. “We had to put our business plan on hold and determine what investments we needed to make to bring the company back to where we were before the fire.”

In 2012, Rosa Flora was a semi-finalist in the second edition of our annual Small Business Challenge Contest, a Globe and Mail competition sponsored by Telus Corp.

Could your business use $100,000? Enter the Small Business Challenge Contest.

Building a business is tough enough, but keeping one going after it’s been pummelled by disaster? That takes true grit and savvy crisis management, say experts in business continuity and disaster preparedness. 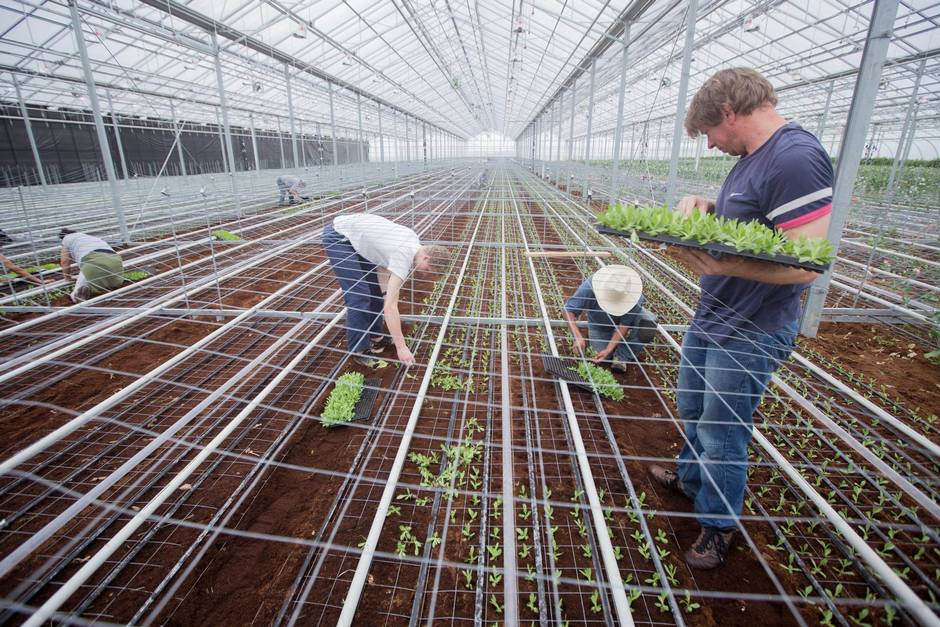 Workers sow lisianthus in one of the newly built greenhouses at Rosa Flora. (Glenn Lowson for The Globe and Mail)

While entrepreneurs are a gritty bunch in general, many fall short on the crisis management part because they don’t have a plan for dealing with significant adverse events, says Ann Wyganowski, vice-president at HZX Business Continuity Planning, a Toronto consulting firm that specializes in business continuity and disaster recovery.

"We have had a challenging year, that’s for sure."
Joshua Bulk, Rosa Flora Greenhouses

She attributes the lack of disaster planning to one key reason: Most business owners think, “Oh, that will never happen to me.”

Ms. Wyganowski points to research her firm did about two years ago with Toronto’s Centennial College. In a survey of the city’s small businesses, most of the respondents who had experienced a serious business disruption, such as a flood or a prolonged power outage, never expected to be hit by such an event. 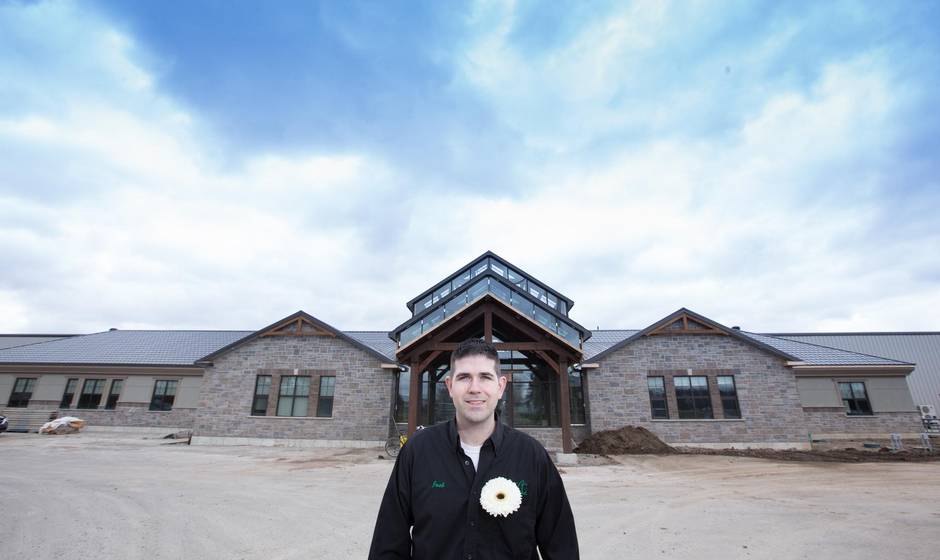 Joshua Bulk outside the new atrium at Rosa Flora greenhouses. (Glenn Lowson for The Globe and Mail)

“For example, 76.6 per cent did not expect a construction or road blockage to affect their business, but it did,” Ms. Wyganowski says. “When we asked them about the severe weather affecting their business, only 11.6 said they thought it could happen, but then they got hit by the ice storm or severe precipitations that caused major flooding.”

Regardless of size, all businesses should have a disaster management and continuity plan, she says. But it’s especially important for small businesses because they typically have limited resources to draw from during a crisis, and it’s harder for them to absorb losses.

“It’s often overwhelming for a small business,” she says. “But you know, a business continuity plan doesn’t have to be a big investment – it could just be a small binder that details who’s going to be responsible for what during an emergency, who you need to call and what procedure you need to follow to make sure your people and customers are safe and to make it possible for the business to keep operating after a disaster.” 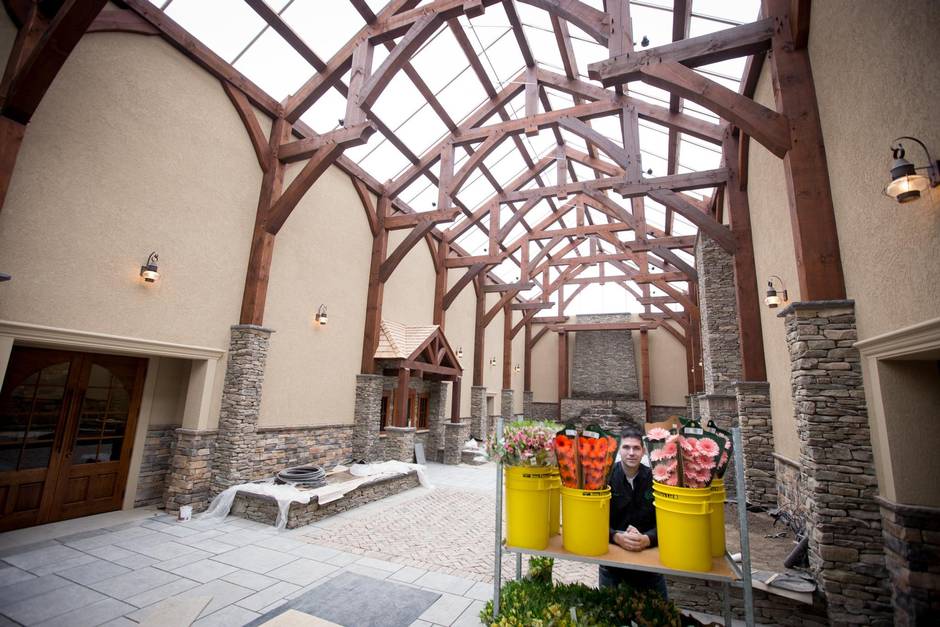 The new atrium. (Glenn Lowson for The Globe and Mail)

“What happens often in a crisis is that the business owner becomes so focused on addressing the operational risks,” she says. “That’s completely understandable, but if you allow communication to take a backseat it could come back to haunt you.”

While companies shouldn’t wait too long before communicating with customers, employees and suppliers in the wake of a crisis, they need to make sure they have their facts straight before they address their audience, Ms. Padidar says. 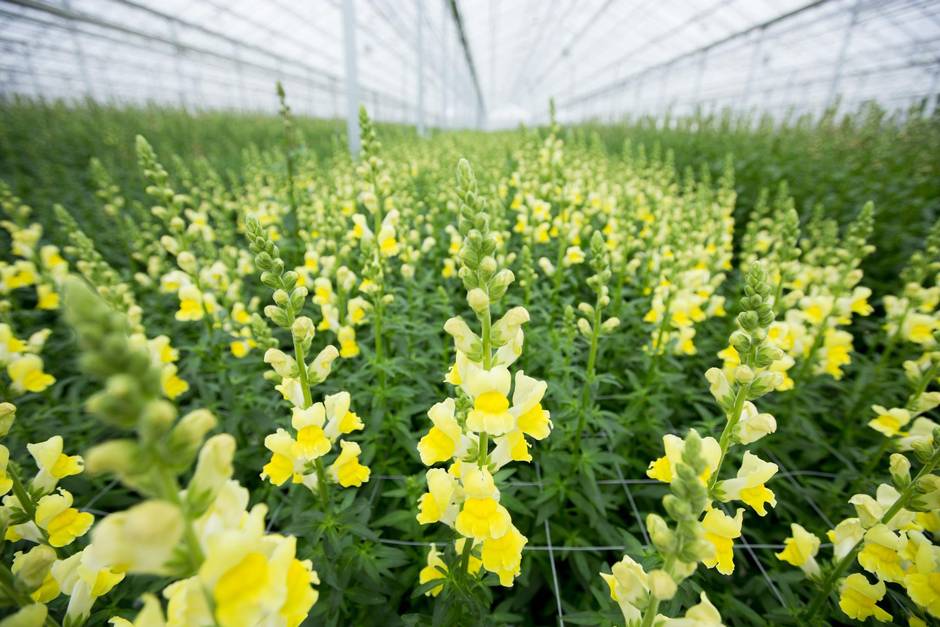 Snapdragons at the Rosa Flora greenhouses. (Glenn Lowson for The Globe and Mail)

“You need to be transparent and authentic,” she says. “And you also have to make sure you have the right person talking to your audience; in most cases it’s the top business leader, like the CEO, who should be the primary voice during a crisis.”

Giving updates on the recovery process is also a good idea, Ms. Padidar says. This makes customers and suppliers feel like they’re part of the company’s journey back to health, she says.

It’s sound advice that Mr. Bulk follows. He says he and his team are constantly sharing the latest developments with their customers. Most of these developments are posted on the Rosa Flora Facebook page.

“We’re ramping up and gearing to pick up where we left off as a result of the fire,” he says. “We’re young and ready to serve the market.”