MyBabbo is one of the five semi-finalists in The Globe and Mail's Small Business Challenge Contest. (Check out the other four here.) The 2015 contest drew more than 3,300 entries, and a panel of judges selected the semi-finalists. The winner of the $100,000 business grant – and a suite of secondary prizes – will be announced in September.

After her cousin died, Tracy Rossetti took the photos and stories that had been shared during the funeral, arranged them in a digital album, and e-mailed the photo book to family members and friends.

"People asked for printed copies of the book," Ms. Rossetti recalls. "In the next five months I got 55 referrals to make photo books for other people who had lost a loved one."

As she was assembling one of these books on her kitchen table, Ms. Rossetti had a thought: Why not turn this craft into a business? In short order, she approached a funeral home with her idea and launched MyBabbo, a Toronto company that creates photo books, video tributes, stationery and memorial websites.

"I believe the photo book makes you stop, reflect, connect with who you are and what these people you have lost mean in your life," Ms. Rossetti says. "We're doing something meaningful."

Ms. Rossetti learned as much as she could about the funeral business. One lesson that stood out: Funeral directors want to deliver value to their customers but are often pressed for time. MyBabbo offered a solution by providing products that can be "white labelled" by funeral homes.

For about $250, MyBabbo puts together a photo and video package that funeral homes can give to grieving families. Some funeral homes charge extra for the service, while others fold it into their fees.

"Half the time, the family doesn't even know they're getting this," says Ms. Rossetti, who had worked previously as a brand manager with Kraft Canada. "They're amazed that the funeral home took the time to do this for them, and the funeral home loves that they've been able to do something extra for their clients."

Since it started four years ago, Ms. Rossetti's business has grown into a $500,000 enterprise with 21 full- and part-time employees.

The company's success is due in large part to a turnkey process that allows staff to create books and other memorabilia within 24 hours. Families don't get to review their books, which allows MyBabbo to finish them quickly, Ms. Rossetti says.

"We turn around 1,500 orders a month, with 99 per cent of our clients ordering through funeral homes," she says.

Having proven her business concept, Ms. Rossetti is ready to scale operations. So far, she says, MyBabbo is selling only to 2 per cent of funeral homes in Canada and 5 per cent in Ontario.

To expand her business, Ms. Rossetti says she needs to develop an onboarding process for newly hired designers and video creators. Creating and putting this process in place is likely to cost about $10,000.

"We spend a lot of time training people," Ms. Rossetti says. "We can save a lot of this time by automating the onboarding process."

She also plans to launch mini-websites where clients can view their families' books, place orders for additional copies, and add or switch photos. The first phase of this site will have a price tag of about $90,000, says Ms. Rossetti, who expects a 370-per-cent return on investment.

(An earlier version of this story misspelled Tracy Rossetti's name.) 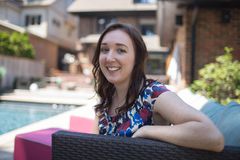 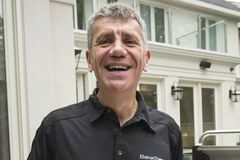 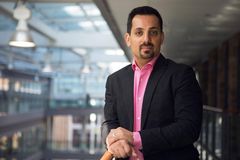 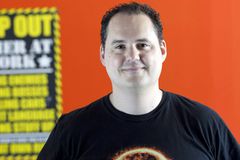 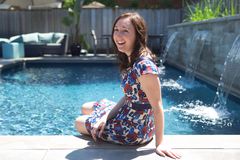