How have companies fared since appearing as subjects of our weekly The Challenge series? From time to time, we will follow up to see what's happened since the experts weighed in with advice on the challenges they presented.

Last year, Wade Barnes, the founder, president and chief executive officer of Farmers Edge, found himself in an enviable position: He had offers from nine different companies wanting to invest in his flourishing agri-business.

The Winnipeg-based company uses satellite imagery to pinpoint where and what crops farmers should plant, as well as what fertilizers and crop-protection products to use.

The potential investors that were looking for a piece of Farmers Edge were mostly venture-capital and hedge funds; Mr. Barnes at the time had to decide who would best help the company penetrate new markets in the United States and Europe: a partner from outside the agriculture industry or inside it?

After careful consideration, he decided not to make a deal with any of the companies that had originally come courting. "We decided to try and hang on a little bit longer and push the business to become a little bit stronger," he says.

At first, giving up that potential cash infusion seemed like "a good and a bad decision at the same time."

Last year brought extreme wet weather to Canada and Russia, which meant a rough revenue year for the company because many farmers were unable to get any crops sowed.

"It's actually the worst-case scenario for us because, in a drought, the farmers still plant and we're still able to provide our services, but when a farmer doesn't plant a crop, we don't get paid," says Mr. Barnes, adding that Farmers Edge's revenue fell 20 per cent from the previous year.

Despite this setback, a couple of lucrative opportunities came knocking that set Farmers Edge back on course – but not without some twists and turns.

Then it was hit with a surprise. "We signed the agreement with Viterra and, eight days later, Viterra went up for sale," Mr. Barnes says.

Viterra was bought by Swiss commodities trading giant Glencore International PLC; then much of its assets were subsequently acquired by the big fertilizer producer and farm products retailer Agrium Inc. of Calgary.

"The day the sale was announced, we were like, 'What's going to happen?'" Mr. Barnes recalls. "Then it was Agrium and we were like, 'This got even better.'"

The agreement between Viterra and Farmers Edge remained in place, and as Mr. Barnes saw it, the addition of Agrium to the mix brought the potential for future new opportunity internationally. (The Viterra-Glencore deal awaits one last approval from the Chinese government.)

Still, Farmers Edge was feeling the pinch financially. "The revenue that would be coming from Viterra really wasn't going to be coming for a year's time, so we were a little strapped based on that," Mr. Barnes says.

"Our biggest issue was, we'd been growing so rapidly that we were going to have to make a decision whether to slow down on growth to heal a bit from the bad year, or try to keep growing the company and going into these different markets."

Opportunity knocked again. After a speaking engagement at a conference in New York in the spring, Mr. Barnes was approached by Avrio Capital Inc., a Calgary-based venture-capital company that focuses on innovative food and agriculture businesses.

That kind of partner meshed well with The Challenge pros' advice to consider a partner that could bring not only money but new clients, technology and other benefits to the business, and Mr. Barnes' own thinking about the advantages of an industry inside player.

"The fit seemed really strong very quickly…We met in May and, by the end of June, we had a deal done," he says.

Mr. Barnes says Avrio seemed like the right choice because of its strategic focus on agricultural technology and the fact that his new partners already had a deep understanding of his industry.

"Based on what I've learned the last couple years, agriculture is very different from a lot of the other industries that are out there," he says.

"There's a cultural piece that goes along with it; you have to understand how people think and how they react… The nice part about Avrio is that we don't have to teach them about those things, they already understand it and, for us, that's been really exciting."

At the same time the Avrio deal was taking form, Mr. Barnes also decided to give the company's 60 employees an opportunity to invest in Farmers Edge; about 20 took him up on it.

Between the employees and the investment from Avrio, which took a 15-per-cent stake in Farmers Edge, the company ended up with "north of $4-million" in new capital, he says.

Farmers Edge will now be pushing into the U.S. market, Mr. Barnes says. In addition to providing the cash infusion that allowed it to stabilize after a rough year, Mr. Barnes says that Avrio's international connections have opened doors for the company in places such as Russia and South America as well.

"I've been really happy, they've been really good partners coaching me and guiding me along, but not where you feel like you're being pushed around," he says.

"For us, it was the first time we'd ever done this sort of thing. We're all just small-town farm boys and it was really scary, but, at the end of the day, it's been great, and I think it's going to really launch us to the next level."

If you have registered for The Globe's website, you cansign up here . Click on the Small Business Briefing checkbox and hit 'save changes.' If you need to register for the site,click here .

Workload swings cause staff-retention problems
May 9, 2018 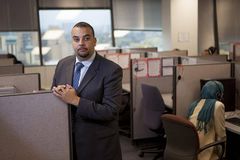 With experts’ advice taken to heart, top-job successor found
May 9, 2018 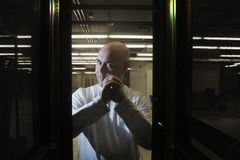 How to build the right management structure
May 9, 2018 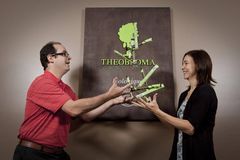 How to keep team dynamic when employees go home to work
May 9, 2018 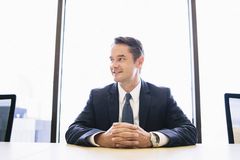 Culture shock: Adjusting to a move from a large firm to a small one
May 9, 2018 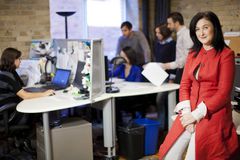