Steve Lowry, founder of Discover Media House, is no stranger to plunging into new markets. As the co-founder of Play Taxi Media, an early innovator of embedding video screens in the seat-backs of cabs, Mr. Lowry developed expertise in carving out new space in consumer advertising.

With Discover he was looking to alter the marketing landscape again. This time, he was focused on the relationship between ad buyers and sellers. He noticed the process to buy and sell traditional advertising space in print, television and radio was slowed by a series of person-to-person interactions.

Online ad buys were being supported by online platforms. He saw a window to do the same for traditional media advertising. But old ways die hard, and the 38-year-old had to pique the interest of potential clients to take their business online.

"Typically, in creating a marketplace, entrepreneurs face a 'chicken before the egg' problem in that buyers don't want to take part if there aren't many sellers and vice versa," explains Mr. Lowry. "Marketplaces function well when you have a critical mass of buyers and sellers."

The Discover team knew they needed to crack the market by offering one-stop shopping to Canada's media buyers and sellers and convince them that a digital platform was the solution.

While running Play Taxi Media with his friend and co-founder Zac Killam back in 2008, Mr. Lowry became frustrated with the inefficiencies he encountered in the advertising system. The existing infrastructure offered an automated, streamlined service for online ads, but not for radio, print and television.

"It just seemed that we were missing out," explains Mr. Lowry, a former lawyer who had a background in technology licensing and an MBA from the Sauder School of Business's Robert H. Lee Graduate School.

"When it came to offline media like taxi screens, we felt the big ad agencies had a bias towards buying highly traditional products on volume because it was simpler, even though an innovative niche product would suit the campaign objectives perfectly," Mr. Lowry says.

He saw a need in the market for media buyers and sellers to get more granular in their ad targeting and save time.

In April of 2014, Discover Media House was launched with the intent of offering its clients a digital platform that allowed media buyers and sellers to communicate through chat windows, eliminating the often time-consuming face-to-face meetings.

"We thought of something like Airbnb's online system where users can chat back and forth using our platform," says Mr. Lowry.

This was only the beginning for this business that operated as a lean startup, functioning with little initial capital and using customer feedback to develop its product.

The Discover team spent the first few months generating interest in their product and gathering data, and by fall of 2014 the digital platform technology was under development. They conducted beta testing and acted on feedback about what clients wanted to see in the product.

In August, 2015, the technology was ready and the company began its marketing campaign. But first they had to fill the platform with content.

"We employed a team of people to gather media kits and rate cards from media sellers all over Canada and input the data in a format that our system could use," recalls Mr. Lowry. "It's fairly manual – people e-mailing and calling media sellers to obtain information. But as sellers heard about us, more and more they started reaching out to provide information and contact details to us."

While the data is never published, it does allow Discover clients to locate suppliers with desirable audiences using the algorithms designed by Mr. Lowry's team.

A growing number of ad buyers and sellers are realizing the potential of Discover's platform.

"When we go and present to clients and tell them we are basically the 'Expedia of media,' they get it immediately,' Mr. Lowry says.

Clients of all sizes can use the system to set their campaign targets and then Discover supplies an appropriate range of media companies.

Since August, the company – made up of five employees – has taken on the ad campaigns of 13 clients. Discover currently has $200,000 of media buying in its system with 500-plus sellers and more than 2,500 products.

The company is constantly bringing new buyers and sellers on board across the country, says Mr. Lowry, and plans to expand globally.

"From the start, we envisioned a need for an offline media marketplace ​worldwide … now that we've proven the model here we are in discussions with some U.S. companies," he says.

"Europe is the next logical market after the U.S."

Paul Cubbon is a marketing instructor at the Sauder School of Business.

How do you sell a product that's still being developed?
November 10, 2015 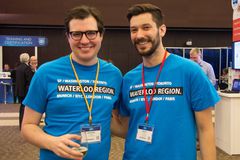 How can an automotive shop build trust?
October 8, 2015 How can a startup get big retailers to trust them?
December 9, 2015 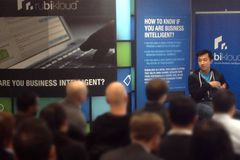