Keep avoiding failure, I dare you. How's that working out? The fact is, failures are the secret and most powerful ingredient to success.

You may be asking yourself: "Really?" No one loves to fail but those who do often come back and win. Does that make you feel annoyed? Frustrated? Well it shouldn't, it's the truth.

Early in life, failure is often viewed as taboo and something to avoid. Growing up, I recall comments such as, "Do your homework or you're going to fail," "if you fail, you'll be left behind," or my favourite, "if you fail, people will think you're stupid."

We've all heard well-meaning supporters say these things in our homes, schools or, worse, in the workplace. Society has taught us to believe that if we fail, we will not amount to anything important. What's scarier is that our society continues to kill off creativity, curiosity and the ability to change things while rewarding people for status-quo thinking, obeying orders and colouring inside the lines.

Let's be clear: I'm not advocating we go out and fail at everything all the time. I'm advocating that we change our view of failure; that as a society we must encourage and often reward it and view it as an integral part of learning, which ultimately leads to success.

Failure is directly linked to success

People often think success is a nice, smooth upward trajectory with nothing but sunny days, warm breezes and easy sailing. Sorry to burst your bubble, but it's not.

It's often a hot mess of reverses, turns, spirals, ups and downs, followed by feelings of trepidation, fear and maybe even nausea as you venture into cold and unchartered waters. What separates the winners, the people who really want to succeed, is the ability to alter their view of failure. As Ron Friedman states in The Best Place to Work: "accepting failure doesn't just make risk-taking easier. In a surprising number of instances, it's the only reliable path to success."

The dirty secret others don't want you to know about failure

Successful people fail more than us. There, now you know. You don't believe me? Okay, well here's the proof:

After being cut from his high-school basketball team, Michael Jordan went home, locked himself in his room and cried.

Walt Disney was fired from his job at a newspaper for lacking imagination and having no original ideas.

Albert Einstein wasn't able to speak until he was almost four years old and his teachers said he would never amount to anything.

Jennifer Hudson was ousted from American Idol and she was told she was out of her depth. She went home and cried for days before picking herself up on the way to selling more than 1.2 million albums and winning an Oscar.

At 30 years old, Steve Jobs found himself devastated, humiliated and depressed after being fired from the company he started.

One of my favourite stories of famous failures is that of Thomas Edison.

Edison might hold the world record on failures. It's stated that he failed 10,000 times before successfully creating the world's most reliable light bulb. Edison ultimately owes his breakthrough to his ability to alter his definition of failure. As he said: "I haven't failed. I've just found 10,000 ways that won't work." It was his tenacity and altered view of failure that led him to persevere.

The real failure is not trying or giving up. Whether you're an athlete, singer, musician, artist, speaker, parent, or entrepreneur – keep trying new things. It's up to us to continue to shape our world, shape our experiences and aim to make the world a better place. Although not easy, we must alter our view of failure and view it as a necessary and vital step to success.

"Many of life's failures are people who did not realize how close they were to success when they gave up," Edison said.

In the end, no one remembers your failures – so get out there, be fearless, be bold and eliminate the ways it won't work while finding a way to win. Always remember to enjoy the ride.

Tony Gareri is the CEO of Roma Moulding, the world's second-largest picture framing manufacturer with offices in the Toronto area, Atlanta, New Jersey, and Los Angeles. He is also a master designer, renowned culture enthusiast and public speaker.

If you don’t appreciate your A players, someone else will
January 23, 2015 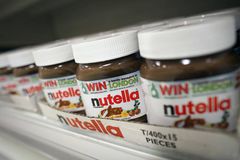 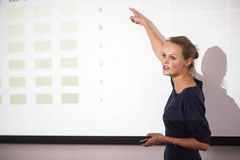 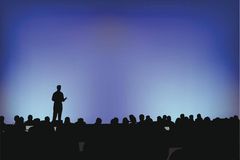 If your company wants to win, you've got to burn the boats
September 23, 2014 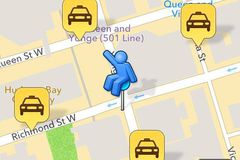 The rise and fall of wearable fitness trackers
January 5, 2015 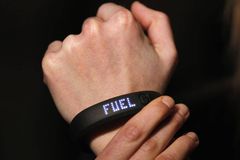