You don't become the world's richest man by wasting away the day binge-watching Netflix. You learn, you grow, you hustle. And you read, and a hell of a lot. Heavy reads, light reads, even breezy beach reads from time to time.

We're talking, of course, about Bill Gates: inventor, philanthropist and voracious reader. Keeping up with his own tradition, the Microsoft co-founder recently took to his blog to publish his annual "beach reading (and more)" list, a collection of books he thinks everyone should add to their summer reading roundup.

Most of his selections, which he says made him "think or laugh, or, in some cases, do both," are as cerebral as you'd expect, though a couple of surprising easy reads made it into the mix, too. Seems Gates, 59, is lightening up a bit with age.

Looking back, he credits much of his entrepreneurial success to reading. "I really had a lot of dreams when I was a kid," he said, "and I think a great deal of that grew out of the fact that I had a chance to read a lot." Apparently even in the summer.

With the first day of summer coming up on June 21, there's plenty of time to dig into Gates's picks. Check out his recommendations from your local library or spring for them at the neighborhood bookstore. Happy reading.

Here are the seven titles that made the cut:

1. Hyperbole and a Half: Unfortunate Situations, Flawed Coping Mechanisms, Mayhem, and Other Things That Happened (Touchstone Books, 2013) by Allie Brosh.

Why he recommends it: "You will rip through it in three hours, tops. But you'll wish it went on longer, because it's funny and smart as hell. I must have interrupted Melinda a dozen times to read to her passages that made me laugh out loud."

2. The Magic of Reality: How We Know What's Really True (Free Press, 2012) by Richard Dawkins.

Why he recommends it: "It's an engaging, well-illustrated science textbook offering compelling answers to big questions, like 'how did the universe form?' and 'what causes earthquakes?' It's also a plea for readers of all ages to approach mysteries with rigor and curiosity."

Why he recommends it: "It's an entertaining read, and you'll also learn a bit about things like ballistics, DNA, the oceans, the atmosphere, and lightning along the way."

Why he recommends it: "They research press conferences and find out that sometimes it's good to serve food that's related to the subject of the conference. The last panel is all the reporters dead on the floor because they ate arsenic. It's that kind of humor, which not everybody loves, but I do." (Ouch, that hurts, Gates.)

Why he recommends it: "When I stumbled across this book on the Internet, I thought it might be a worthwhile read. I had no idea what a pleasure reading it would be. Biss, an essayist and university lecturer, examines what lies behind people's fears of vaccinating their children. Like many of us, she concludes that vaccines are safe, effective, and almost miraculous tools for protecting children against needless suffering."

Why he recommends it: "One chapter shows you how visuals can be used to exaggerate trends and give distorted comparisons—a timely reminder, given how often infographics show up in your Facebook and Twitter feeds these days."

7. Should We Eat Meat? Evolution and Consequences of Modern Carnivory (Wiley-Blackwell, 2013) by Vaclav Smil.

Why he recommends it: "The richer the world gets, the more meat it eats. And the more meat it eats, the bigger the threat to the planet. How do we square this circle? Vaclav Smil takes his usual clear-eyed view of the whole landscape, from meat's role in human evolution to hard questions about animal cruelty."

Avoid these six phrases when trying to sound, and feel, more assertive
June 5, 2015 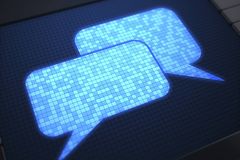 Six horrible excuses for not chasing your entrepreneurial dreams
June 3, 2015 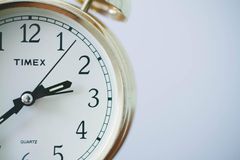 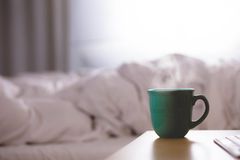 Make them trust you with these five body language secrets
May 27, 2015 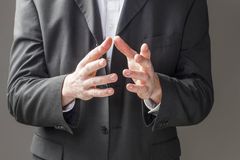 A surprising and unlikely place to look for product ideas
May 28, 2015 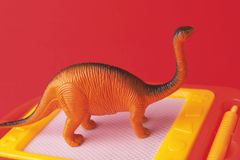 How successful people work less and get more done
May 29, 2015 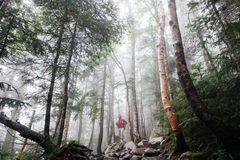