Transparency is of the latest business buzzwords, but few companies take it as far as Buffer, a San Francisco-based social media software company that makes its salaries public.

All of its 70-plus employees – from the CEO to the so-called "happiness hero" customer service representatives – have their annual incomes published online. The company also publishes revenue in real time, and last year it openly discussed the reasons behind its decision to lay off 10 employees.

"People were quite shocked about how we shared our financial details for that one," says Buffer spokesperson Hailley Griffis, who is based in Toronto.

The so-called "radical transparency" approach helps attract and retain employees that fit with its open culture and also helps to improve the business. For example, when the company started sharing its monthly recurring revenue numbers online, a reader pointed out they were calculating it wrong. It was quickly fixed.

"When you put something out into the open, there's a lot of feedback that comes in," Ms. Griffis says. "It has opened up a really great dialogue."

While few organizations go as far as releasing employee salaries (with the exception of requirements for some government workers and leaders of publicly listed companies), more are taking bold steps to publicize key financial metrics such as sales, profit and customer retention rates. By being open, companies are hoping to get employees more involved in the business and build customer loyalty and trust.

While there are risks, such as revealing data that can be used by competitors and potential impacts on employee morale (especially if the business isn't doing well), experts believe the pros outweigh the cons.

"I think it's a positive trend," says Ann Frost, an associate professor for organizational behaviour at Western University's Ivey School of Business.

She says increased transparency forces companies to be more accountable and can empower employees to pitch in and make their company more profitable.

"People like to see that what they do on a daily basis makes a difference," Ms. Frost says.

"You are indicating this is an open transparent [company] and you don't play games," Ms. Frost says. "But you need to have that culture for transparency to work."

Toronto-based Fiix, which makes maintenance software for equipment and asset management, doesn't share salary information but is open with its 50 employees about a number of key metrics including financial results, targets and how much money it has in the bank. Employees are also allowed to sit in on executive meetings.

Fiix CEO Marc Castel says being more open gives employees confidence about the state of the business. When times are tough, they can also help it do better.

"When you don't know how the business is doing, you get nervous about the future. You end up spending a lot of time talking and worrying about things that you shouldn't," Mr. Castel says. "Transparency turns every employee into a mini CEO who can take personal ownership and responsibility for the health of the company."

Fiix also publishes its quarterly revenues on its website for customers and stakeholders to view if they want, as well as corporate social responsibility goals and programs and product updates, both good and bad.

Mr. Castel doesn't see any downside to sharing the information and is open to feedback.

"You have to be big enough as an employee and as an executive to take the good and the bad," he says. "Not everything you do is going to be terrific. There is nowhere to hide when you're transparent. If you get called out, you have to deal with it. It makes people more accountable and more responsible and ultimately builds character and better judgment."

Waterloo-based Axonify doesn't share much information outside of the company but is open with employees about its finances, targets, expenses and any hiring challenges it may have.

"Employees need to understand how the judgment calls and decisions they're making add up financially to what we're all trying to achieve as a company," says Axonify CEO Carol Leaman. "From an overall financial-results perspective, I think it's essential that people know, otherwise they guess – and when they guess, usually it's in a negative way."

She says some potential hires also want to know about the company's finances before they accept a job.

"If people trust you and they understand how their contribution adds to the overall results, they will go to the end of the Earth for you," she says. "From a cultural and loyalty perspective, it is highly effective to be open and honest with people." 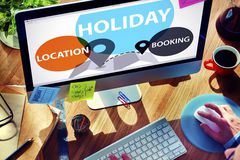