Toronto Mayor John Tory has vowed to bring Canada's largest city out of the dark ages by modernizing a bureaucracy that grinds down small businesses rather than fosters their growth.

"Dealing with this government … has been an antiquated nightmare," Mr. Tory told an audience of several hundred entrepreneurs gathered at The Globe and Mail's Small Business Summit on Tuesday. "Everything [at City Hall] is still done with clipboards and pencils and 19 different applications. We're attracting the smartest people in the world. If we're operating a government that's in the 18th century, then it's not going to be a very good calling card."

Mr. Tory said he recognizes that Toronto has become a "beacon" for innovative small companies and that work must be done to ensure they aren't pushed out. Part of ensuring their presence, he said, is keeping costs reasonable by guarding against tax hikes. "By trying to keep taxes low, especially for small businesses, at least we're not going to force them [out of downtown] through increasing costs," Mr. Tory said.

He went on to acknowledge that much work needs to be done, though, to make it easier for small companies to do business with the city, a process he called "cumbersome and so ridiculous" that most entrepreneurs avoid the prospect altogether.

In an effort to change that, the city is working to change its procurement process as it relates to startups and tech companies. The goal is to make it easier for small companies to compete for city contracts, Mr. Tory said. He is also working on a project with the province to smooth the complicated set of hoops that restaurant and bar owners currently have to jump through to be licensed in Toronto. "Between us there were 19 different forms and permits and licences and approvals you had to have," Mr. Tory said. "Not one was done in the same place at the same time. We're working now to put that into one. And it's all done online."

Restaurant licensing is just one of several Main Street-level issues that have plagued local businesses and that Mr. Tory has shown a willingness to wade into. Earlier this year he spoke out against proposed fee hikes for city patios that would have increased by more than 1,000 per cent in some cases. Owners said such steep hikes would threaten their ability to stay in business. "I am not going to be the mayor who attacks fun in this city," Mr. Tory said at the time.

On Tuesday, he made it clear that his staff understands that for a small-business community to flourish, the outdated, one-size-fits-all approach to local regulation needs to be tossed out in favour of a more customized approach.

"I'm absolutely committed to modernizing this government," Mr. Tory said. "We're doing it one task at a time."

Part of the city's renewed approach to nurturing small businesses involves opening itself as what Mr. Tory called a "test bed" for startups looking to demonstrate what they can do. "The lifeblood of the city continues to be small- and medium-sized businesses, the thousands upon thousands of people who employ themselves and employ others," Mr. Tory said.

He has been buoyed by the positive experience the city had last summer when it partnered with Ritual. The popular, Toronto-based food-ordering app also allowed users to buy ferry tickets using their phone and display it – instead of printed tickets – for inspection. The move was a solution to long lineups at the ferry terminals and it proved how quickly simple solutions can affect change, said Mr. Tory. "Ritual was the fastest partnership the city has ever put together. I think it was done in days. And it helped us start to modernize."

"We're building more, but we need to build much more. And do it now," he said, adding: "We've got to find a way to afford it … so that we can get around the city and have people access opportunity." He called on the provincial and federal governments to step up with investments to make it happen.

The mayor's vision of improved transit includes better infrastructure in Scarborough, which he said should anchor a hub of innovation. But that cannot happen, he said, until people can get there more easily.

For now, that may include taking the ride-sharing service Uber, which the mayor said he has intentionally supported despite taking heat for his position. "This city is not going to be among those who try to wipe out companies that are coming in with new ways of doing business," he said, adding: "You have to be regulated in a responsible way, you have to behave responsibly, the competition has to be fair. But we're going to welcome disruptors to come in here and make this their home and expand globally from here."

View a photo gallery of The 2017 Globe and Mail Small Business Summit at https://www.globesummits.ca/photo-gallery

Six key takeaways from the Globe and Mail Small Business Summit
May 10, 2017
Why Wendy’s is making fun of Burger King
March 20, 2017 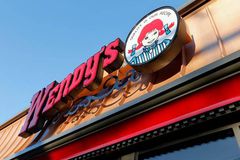 Is social selling really the best way to make sales?
April 28, 2017
Follow Jessica Leeder on Twitter @jessleeder
Report an error Editorial code of conduct
Due to technical reasons, we have temporarily removed commenting from our articles. We hope to have this fixed soon. Thank you for your patience. If you are looking to give feedback on our new site, please send it along to feedback@globeandmail.com. If you want to write a letter to the editor, please forward to letters@globeandmail.com.
Comments