New legislation aimed at removing outdated regulations that hobble businesses – what Prime Minister Stephen Harper once called "a silent killer of jobs" – will be introduced Wednesday by the federal government.

The Conservatives introduced an internal rule in 2012 that requires the government to remove one regulation for every new one added. The last throne speech promised to enshrine the principle in law to help small and medium-sized businesses.

Progress has already been made in cutting regulations, saving small businesses about $20-million in administrative costs –accounting for 98,000 hours – by scrapping 19 regulations, Clement told a news conference Tuesday.

Those include removing a requirement for individual export permits for some Canadian products from two government organizations, said International Trade Minister Ed Fast.

Canadian manufacturers, producers, distributors and purchasers of imported steel and steel products no longer need to obtain individual permits, Fast said. Instead they use a general import permit, which eliminated the need for 270,000 permits a year.

"Rules and regulations usually start with the best of intentions," Fast said. "They're aimed at an emerging issue, but often become obsolete and counterproductive over time."

The so-called "one-for-one rule" is also about changing the culture in Ottawa, Clement said.

"An issue comes up and people start lighting their hair on fire trying to figure out how to solve the issue," he said. "And the go-to solution typically – and too often – is, 'Let's do a regulation."' In some cases, such as health and safety, it may be appropriate to bring in new regulations, he said. But the Tories want to push people to come up with solu tions that don't involve more rules.

The one-for-one rules might sound good on paper, but it may not be doing the job it's supposed to, said NDP consumer affairs critic Glenn Thibeault.

Looking at ways to eliminate unnecessary paperwork and save small companies time and money that they should devote to their business is a good idea, Thibeault said.

"But you can't do it so much so that we're starting to jeopardize the safety, the health and the environment that we live in, and we've seen that when we're coming to things like rail safety, food inspections, those type of things."

Liberal Leader Justin Trudeau dismissed the rule as a "gimmick" that won't make much of a difference in raising the quality of Canadian regulations.

"That smacks more of sound-bite politics than meaningful approaches," he said.

Clement said the government is studying a system that would look at new regulations in terms of how much time and money they will cost business. For every new rule, the government would have a deadline to remove one or more regulations with equal or higher costs.

But new regulations dealing with health and safety wouldn't be included in the one-for-one rule, he said.

Rules that are necessary to protect health, promote safety and protect the environment are important, said Laura Jones of the Canadian Federation of Independent Business.

"But when the rules get so complicated that regulators themselves can't understand them, that's red tape," she said.

It's a drag on productivity, costs jobs, raises prices and threatens entrepreneurship, said Jones, who sits on the committee that advises the government on reducing regulations.

Canadian business owners spend over $30-billion a year on regulatory compliance, she said. 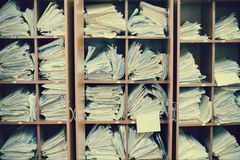 What your poor e-mail etiquette says about your business
January 28, 2014 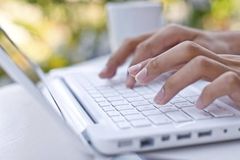 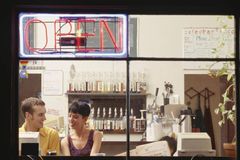 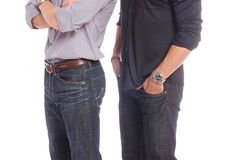