Grant van Gameren has a tattoo on his stomach that reads "1/2 MINE, 1/2 YOURS". It came from his days as a "broke" cook, working at Il Fornello and sharing an apartment, food, "just about everything" with a fellow cook. "If we had one cigarette left, we'd share it," he says.

Now, at 36, the Toronto chef has turned the art of sharing into a business tactic that has so far worked admirably for him. He's a majority or equal owner of Victor Dries Catering and six successful one-off restaurants including Bar Isabel (Spanish food), Bar Raval (tapas), Harry's (burgers), Tennessee Tavern (Eastern European), Pretty Ugly (mezcal, cocktails and tapas) and El Rey Mezcal Bar (Mexican). Two more Mexican restaurants, Quetzal and Rosalinda, are set to open in the next few months.

Mr. van Gameren's recipe for success? He takes young employees – chefs, bartenders, managers – whose skill and work ethic he admires, and makes them working partners in his ventures. Working partners currently own anywhere from 10 per cent to 50 per cent of Mr. van Gameren's various restaurants, depending on the cash and sweat equity they contribute. The more a partner invests monetarily, the more ownership they have.

"It's always great to have someone have skin in the game in terms of investing money," Mr. van Gameren says. But, since he was a first-time restaurateur himself not so long ago, he understands that is not always possible. "I don't like seeing talent and drive being wasted because someone doesn't have enough money to follow their much-deserved career path."

Sometimes Mr. van Gameren even offers a partnership postopening for a staff member deserving of being an owner. The goal, in all cases, is to give the employee "a foot in the door and to build their equity," Mr. van Gameren says.

You'd need a detailed chart to figure out the tangled web of ownership and staff histories of the various restaurants. For example, Mike Webster, the former head bartender at Bar Isabel, became a partner in Bar Raval. Owen Walker, also a former Bar Isabel mixologist, is a part-owner at El Rey. And Alec Colyer, a former assistant manager at Bar Isabel, partly owns Tennessee Tavern.

At Quetzal, Kate Chomyshyn and Julio Guajardo – two young chefs from El Rey's – will be the working partners, contributing only their sweat equity.

Nate Young is a working partner at Harry's. "I'd been at Bar Isabel for about four years and I was wondering what else might be out there," he says. "Grant asked what I'd be interested in doing and I talked about opening up a diner or bar. There's a culture behind a diner that I'm infatuated with."

Although initially surprised that a chef from Bar Isabel – consistently named one of Canada's top restaurants – wanted to flip burgers, Mr. van Gameren bit. Harry's had been a diner and local watering hole in Parkdale for 50 years or more, and neither man wanted to see it close. "So we bought it," says Mr. Young, who was able to contribute cash as well as sweat equity. "I'm the working partner here, so I'm here every day. Grant and the other partner are part of the brain trust."

He credits Mr. van Gameren with allowing his key people to channel their energy into something they're interested in doing and take it to the next step. "I've worked for quite a few other people, but Grant was the first person who approached me about becoming a business partner," he says.

"Prominent people in the food business often question why I give away ownership," Mr. van Gameren says. "But although there's a cost, there's also a gain."

By making the foundation members of your staff owners, he contends, you get someone who really cares about the business. "If I can't be there, it's nice to have someone who is an owner there," he says, pointing out when employees personally know who they're working for, it reduces theft and ensures attention to detail in a restaurant's food and service.

It also helps keep talented staff on board, contributing to a restaurant's longevity. "If you build a concept around a chef and a front-of-house manager and all the reviews are talking about those people and then two years later they leave you, restaurants can crumble," Mr. van Gameren explains. "They fall apart because you've removed the bricks."

The strategy has paid off so far for Mr. van Gameren. Although about 60 per cent of all restaurants don't last through their first year and 80 per cent close up shop before their fifth anniversary, Mr. van Gameren has generated a string of wildly successful establishments – the kind of buzzy places where the drinks are as important as the food.

Mr. van Gameren emphasizes that it's a way of giving back to the people who have done so much to help him reach his opportunities. "Yes, it's strategic," he says. "It's not like this is a charity. But it's also how I want to be as a business owner, a person, a mentor and a friend. I'd much rather have 30 restaurants and 30 partners and 30 cottages on the same lake."

How once-tiny pet-food maker took a bite of the global market
January 16, 2018 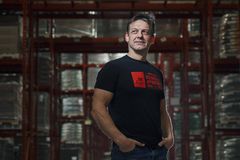 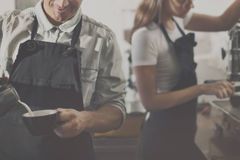 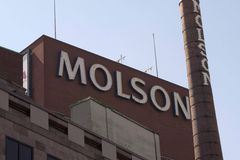