Treading the muddy earth in leopard-print rubber boots, Audrey McDonald seems about as far away from the traditional image of a Canadian farmer as you could get, despite the surname. But Ms. McDonald, a part-time rehabilitation therapist who lives in Etobicoke, doesn't see it that way. "My grandmother in Jamaica was a four-foot-ten-inch farmer, and so am I," she joked.

Oblivious to the on-again, off-again rain, she showed off a row of cabbages ready for sale. "I'm particularly proud of these," she said, though everything in the neat, weeded strips, from exotic mint to Jamaican callaloo greens, proved her devotion to organic farming. She hopes one day it will become her principle source of income.

Ms. McDonald is one of the latest incubator farmers supported by FarmStart, a non-profit organization that encourages new generations of young farmers. She's also an example of what may well become a viable and significant link in Canada's food-production chain - if not the future face of Canadian agriculture.

The typical Canadian farmer is getting on in years. In 2006, Statistics Canada put his or her average age at 52, and it's going up every year. Three-quarters of them "are transferring their farms in the next 15 years, and 60 per cent of those farmers don't have a successor," says FarmStart executive director Christie Young. "So as a sector, we will be witnessing an enormous transition in agriculture, one that we've never seen before."

Traditionally, farms have been passed on either to the next generation or to another small farmer. But as the business of farming becomes increasingly expensive, demanding million-dollar investments in equipment, land and even production quotas, that is happening less. As Ms. Young has found, however, many city folk - some with farm backgrounds in other countries - are increasingly interested in tilling the soil.

Ms. McDonald and 20 others cultivate plots at McVean Farm, a 50-acre sward leased from the Toronto and Region Conservation Authority, and a lush oasis only a few hundred feet away from a new Brampton neighbourhood called Riverstone. Multi-storey apartment buildings are visible in the distance.

Guelph, Ont.-based FarmStart has been looking for ways to give wannabe farmers a leg up since 2005, providing courses and access to cheap land. "We don't tell farmers how to farm," said Ms. Young, "but we give them access to farm tools and resources so they can farm. We work with entrepreneurs who want to run successful businesses and want to figure it out."

Urban farmers are essentially challenging the pattern of traditional mechanized agriculture. They are also, said Ms. Young, "adding meaning to their product in some way. They're putting their face on their product.

"They're farming the way the consumer wants, whether slaughtering in a certain way, like halal, or growing crops that new communities in Canada know from home, or picking at the right time rather than the wrong time. All of that comes with the connection and understanding of who the end consumers are and what they want."

Daniel Hoffman is one example of the kind of innovator Ms. Young described. His company, The Cutting Veg, reaches consumers who want fresh produce primarily through community supported agriculture (CSA) programs. Membership in this CSA costs $600 a year and delivers organic produce to four Toronto locations. With the cost to buyers just $27 a week, Mr. Hoffman has seen CAS memberships grow from 55 when he set up the business in 2008 to 260. He also trades at farmers' markets, and sells 20 strains of fresh garlic. Even at $3 a bulb, "we could sell quadruple of what we produce," he said.

In what is already a multi-million dollar market, those results don't surprise Lori Stahlbrand, president of Local Food Plus, a non-profit that certifies progressive farmers and links them to buyers.

"There's a huge market for all those things - farmers' markets, CSAs and restaurant supply," she said. And while sales of organic food flatlined during the recession, after years of double-digit growth, "it is back up into double digits again," she said. "Local, sustainable and organic produce has been taking off at a crazy pace."

Despite quota barriers that curtail the number of animals farmers are allowed to raise, there has also been "huge growth in the pastured animal market," said Ms. Young. Her organization is going through a growth spurt too, preparing a new 10-acre plot near McVean Farm and looking at three more sites to lease.

Several years of experience at FarmStart, she added, can allow successful urban farmers to approach a bank with viable business plans and apply for loans to purchase their own land.

Aside from proximity to Toronto, said Mr. Hoffmann, the program has been important to his business "on a variety of levels. Because one of the primary ways farmers learn is by observing other farmers. To walk around and see 20 other farmers and how they're growing is a huge education."

For him, "it's really about community enrichment - socially, environmentally and economically," he said. His goal is to reach 500 CSA members and, he added, "to make a good income for myself and my staff. We're on that path, but we're not there yet." 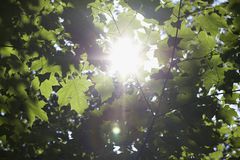 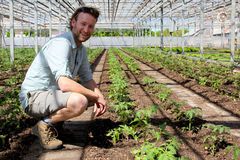