After years of work to build recognition, why would an established company change its name?

It's a question to ask Razor Suleman, founder and chief executive officer of the company formerly known as I Love Rewards Inc., which recently received a $24.5-million infusion of venture capital financing, and changed its name to Achievers Inc.

Mr. Suleman founded his company, first based in Toronto and also now in San Francisco, in 2002.

After rapid growth, including an expansion into the United States, he says he faced two problems that afflict many smaller and medium-sized companies.

First, he found that the company's brand recognition was not the same down south as it was in Canada.

Second, he had a growing sense that there was a disconnect between what the company was doing and what its name suggested, as it moved from helping companies with employee reward programs to broader performance, engagement and recognition programs.

The solution: To rename the company to better capture its "philosophy" and "value proposition," and energize its U.S. expansion efforts, Mr. Suleman said.

It's not uncommon for established companies to make a name change, starting again in some sense to rebuild on the marketing and branding fronts, experts say.

They cite three main reasons: First, if the name no longer represents what they do, and may even constrict them; second, because the brand has become stagnant or has gotten caught up in some controversy that tarnishes its name; and third, for trademark, legal or more practical reasons, said Naseem Javed, chief executive officer of ABC Namebank Inc., a corporate image and naming consultancy with offices in Toronto and New York.

A name change can go a long way toward resolving any of these, Mr. Javed said.

"If you think of all the bandages and all the surgery and surgical support that you provide to a weak name or a name that's dysfunctional, then it becomes a very affordable and very delightful process" to change it, he said.

The company's former name was Waypoint Information Technology Inc. Waypoint, he said, was a standard and widely used term in his industry, which made it difficult for the company to rise above the crowd.

"A short, unique and memorable name enables us to easily stand out from the wide range of companies whose names follow the traditional model of borrowing some elements from the technology shelf," he said in an e-mail.

With troo, the company ranks right at the top in a Google search, he said, and "from a marketing standpoint, it is much more cost-effective to be able to focus on a single brand," as it uses "troo" as part of its product names, "which builds our corporate brand and product brand simultaneously.

"Smaller companies cannot afford to dilute their marketing efforts by trying to build too many brands at the same time," Mr. Wyatt added.

For Mr. Suleman, the need for a name change began to dawn as he sat in the company's newly opened Boston office in September, 2010, and started to realize that "we have no brand recognition" in the United States, he said.

"We've left our home turf and … it became very apparent... of how different our brand recognition was in Canada and in the U.S."

One of the problems was that the company was known as I Love Rewards in Canada but as Rethink Rewards in the United States. "We actually had two different brands…so we wanted to consolidate under one brand."

But it wasn't to be I Love Rewards, Mr. Suleman said, which "sounds a little consumer-y, it sounds a little startup-y. Going into every sales meeting, going into interviews with the media, talking to prospects, you just knew that it wasn't the right name going forward."

Mr. Suleman said he began to search for a new name that would answer to several needs.

First, it had to better capture the company's more global outlook and its focus on employee engagement, performance and recognition. It also had to be malleable enough so its meaning could be reshaped as the company evolved. And it had to be appealing to both the customers who purchase the company's online software, and the employees who use it.

As well, he wanted a name that began with the letter A.

"There are so many positive things that begin with the letter A: A-player, bring your A game, A-list celebrity," Mr. Suleman said. "So we were really fixated on having one word that we could brand and own that had, in the word, a very positive connotation."

Mr. Suleman started the process by meeting with staff, management and the company's board, conducting internal focus groups, talking with customers, and consulting marketing and other experts.

When he came up with the name in concert with the senior leadership team and the board, he announced it to insiders and customers well before the official launch.

Mr. Suleman also noted that his new backers had no influence on the name change. "They just wanted to make sure that we were thoughtful about the process, that we executed like hell and that we were doing the right thing for the long term."

In the end, "it's more of a dial than a switch," he said. "We didn't flick the lights one day and we were Achievers. We made sure that we got all of the key stakeholders aligned and excited before we announced it."

That's the right way to go, said marketing expert Mia Pearson, co-founder of the Toronto-based communications agency North Strategic, who advises companies contemplating a name change to have a "strong and believable story" behind the new brand, demonstrate continuity with the past, ensure the message is consistent across the board, and make sure that all key stakeholders are on board before making it official.

As well, it's important to make sure to cover all bases, she says, for a brand switch includes not only a name and a logo but also less tangible things like the customer experience, and "you're changing everything from your sign to your Web presence to clothing, letterhead, cheques, everything in your company." It is, she added, a "massive undertaking."

That was Mr. Suleman's experience. By his calculation, "we had an Excel sheet that had 1,300 tasks that needed to be completed. Every employee contract, every business card, the e-mail system, the signage on the door, the website, all of the marketing collateral, supplier agreements, legal company name change. It was a mountain." He also had to negotiate with the previous owners of achievers.com to acquire the URL for $95,000.

Then there are steps to rebuild the new name to the old one's recognition, said Jay Jurisich, co-founder and creative director of Igor, a naming and branding agency based in San Francisco.

"Ideally, the company has a new product launch or other big news to trumpet at the same time they are announcing the new name, to really maximize the publicity," he said.

"The new name should tell a story, or be part of a larger story, so that after the company rebrands, they will need to keep telling the story, using blogs, social media, old media, all the tools at their disposal. If the new name is great, it will quickly get the company more recognition then they had before with a weaker name," he added.

"The customer cares more about what you are now than what you were in the past, so if a company makes the now story compelling enough, that will soon eclipse whatever they were in the past." 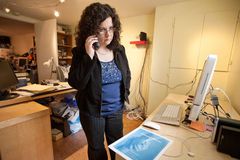 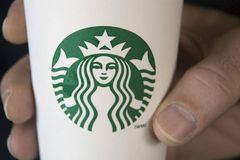 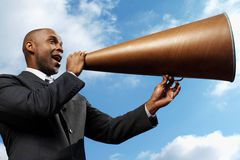