An executive recently said to me: "Our company has become very innovative. We have hundreds of ideas that we have analyzed and know are right for our future. We just haven't been able to bring them to market yet."

Strike one, strike two and strike three. This executive doesn't know any more about innovation than he knows about hitting a 100-mph fastball.

Innovation is not simply about having an idea. It's about commercializing ideas: Bringing them to market in ways that benefit your company and your customers. Having an idea may be insightful or even creative, but it certainly doesn't make you innovative.

It shouldn't be this hard. What could be simpler than having an idea and acting on it?

But according to Forbes magazine, it's just not that simple. In a February, 2015, article entitled "Why U.S. Firms Are Dying: Failure To Innovate," Steve Denning writes: "A new survey from MindMatters conducted this month suggests that many American companies are still in an 'innovation crisis.' "

In the survey Denning cites, "only 5 per cent of respondents report that workers in innovation programs feel highly motivated to innovate. More than three of four say their new ideas are poorly reviewed and analyzed. And less than a third of the firms surveyed say they regularly measure or report on innovation."

In my work with large and small companies, across many industries and countries, there seems to be three common and significant barriers to success.

The first barrier is transparency

We are better at hiding our ideas than bringing them to market. We write them on sticky notes, scrawl them on loose pieces of paper, or input them into notes apps on our phones – and then forget all about them. To be an effective innovator, you need inclusive transparency. You need to solicit ideas from your team and post them in a visible place in your office, along with the criteria used to judge them, identification of the leader tasked with bringing each project to market and the progress of each project. With this approach, innovation is an open-and-shared process, with consistent measurement and reporting.

Mr. Denning's articles also reports: "More than four of five respondents (81 per cent) say their firms do not have the resources needed to fully pursue the innovations and new ideas capable of keeping their companies ahead in the competitive global marketplace." Don't overpromise. If you have resources to achieve just two projects, choose the best two and commit to them. Too many companies bite off more than they can chew. Trying to do too much usually produces nothing – other than creating one more perceived failure in your organization.

The third barrier is the lack of an innovation culture

Innovation may depend upon the activation of market-ready ideas, but it is driven by organizational attitude. Successful corporations today need an innovation culture that inspires people to seek new possibilities and embrace change in their day-to-day work. As Mr. Denning notes: "The challenge is systemic: While more than half the respondents (55 per cent) say that their organizations treat intellectual property as a valuable resource, only one in seven (16 per cent) believed their employers regarded its development as a mission-critical function. The lack of recognition for contributions to innovation is also striking: Almost half (49 per cent) believe they won't receive any benefit or recognition for developing successful ideas."

Don't expect your team to act on new ideas in their spare time. It sends the message that innovation is a hobby, not a commitment. To achieve breakthroughs, you need to carve time out of your team's workweek to devote to new projects and directions. (Google famously gives its best engineers a day a week to work on innovation ideas of their own creation.)

Your employees' innovation successes also need to be recognized, both publicly and at their next performance review. There is nothing better than a public thank you – except maybe a share of the profits – to make people feel appreciated. These moves also reconfirm the organization's recognition that its own people are the source of future success.

Innovation isn't an idea on the back of a napkin; it's a framework of resources and rewards that focuses your entire team on ideation, experimentation and product-market fit. A shared innovation agenda gives your organization greater ability to grow revenue, control costs and engage entire teams. Innovation also improves the customer experience, through the continuous introduction of new and improved product offers and services.

When the innovation process is shared and understood, there's no more expecting unprepared batters to hit fastballs. When it comes to innovation, it takes a team to hit the ball out of the park.

Ken Tencer is chief executive officer of branding and innovation company Spyder Works Inc. and the co-author of two books on innovation, including the bestseller Cause a Disturbance. Follow him on Twitter at @90per centrule.

Why e-mail is killing your business
November 6, 2015 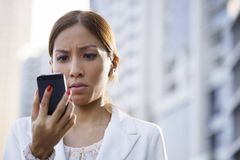 What happened to the good old days of assets and profits driving valuation?
October 2, 2015 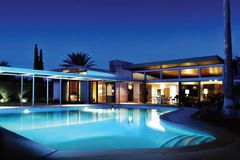 A good crisis can make for great opportunities
September 4, 2015 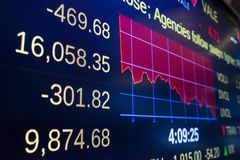